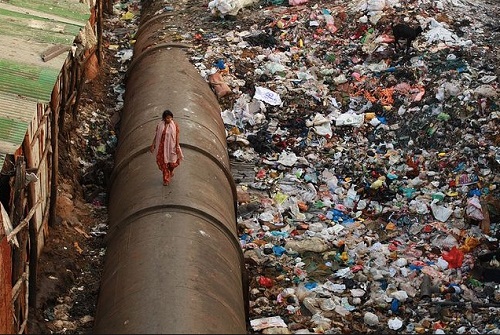 Travelling to India from the U.S. is no small feat. I flew through Amsterdam to break up the trip, but just getting on a plane in Europe and stepping off it in Mumbai is only half the battle.

After sitting on a plane for more than 10 hours I took a taxi to a small hotel room in the heart of Mumbai that had no lock on the door. I didn’t sleep a wink, too afraid that someone would steal into my room in the middle of the night and do unthinkable things to me.

The next morning, I took a packed “first class” train for six hours to get from Mumbai (otherwise known as Bombay) – a city that is 10 times the hustle and bustle of New York City, with poverty levels hinted at in famous movies like Slumdog Millionaire, to Nashik in Maharashtra, where no one spoke English.

That is until I arrived, travel-weary and starving like a mad dog, at the tiny headquarters for the Yoga Vidya school, a non-profit agency that helps students from around the world learn yoga.

Here, finally I met my first lifelong friend, Kirsten, an expat from Canada that had been travelling through Southeast Asia for several years, and the kind, if taciturn, staff of the yoga school.

From there we were given a vegetarian meal and then rode in taxis with a few other students arriving from the UK, Australia, and other countries to the small village of Talwade in Trimbak.

I had researched the school extensively online before arriving, so I knew what I was getting into, but the accommodations were spartan. We were assigned – four to a room – to one bathroom, which consisted of a bucket and a toilet.

The only “bath” I would take for the next six weeks would be in muddy water poured over my head that was available at the ashram during the peak Monsoon season.

This was the first of many lessons as a Westerner I would learn while at the yoga training at the ashram. Here are five more spectacularly life-changing things I learned while I was there: 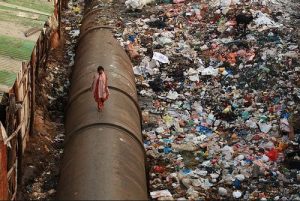 One – Americans Have No Clue What Poverty Is

A lot of what I learned while in India was outside the yoga ashram. Before I got to Nashik, I spent several hours in Mumbai – where there are slums which are literally the size of entire U.S. cities.

These slums are so enormous, they have proper names. The one I saw with my own two eyes is the second largest slum in the entire world, known as Dharavi. The only one bigger is in Pakistan. Dharavi covers 520 acres.

Sadly, thousands of people live in this slum, sharing a small hole in the ground for a toilet, without clean water, or ample shelter. It makes you sad for the state of humanity, that this level of poverty is allowed to exist. To make the point even less abstract, there are Porsche dealerships and fine jewelry houses on the same street which Dharavi backs up onto.

Elsewhere in India, I saw homeless women feeding their infant children shit-covered popcorn from the sidewalk, and naked little boys eliminating in the middle of busy city streets.

I’ve travelled in many “third-world” countries, but the class system is still very much alive in India, and the poverty is like nothing I’ve seen anywhere else. That said, the spiritual beauty of this country over-shadows even the starkest shadows of human greed. It’s a strange study in extreme contrasts.

One of the biggest gifts India gave me was several like-minded, life-long friends. We each arrived with our own set of baggage – relationship woes, a cancer diagnosis, mid-life crisis, and more, but by living so intimately together and working through those challenges while practicing yoga, we forged friendships that mean more to me than almost anything in my life. When you exchange this level of emotional honesty with others, it is profound what happens in the process.

Three – The Most Astounding Gurus Don’t Teach Anything

While visiting ancient temples in Nashik and Trimbak, I met many sadhus. These are holy men and mendicants who roam from temple to temple, living life as an ascetic, often in little more than a loin-cloth.

One in particular locked eyes with me while I was waiting to enter the Kalaram Temple (dedicated to Lord Rama) on a “free day” from yoga practice that students were allowed once a week. 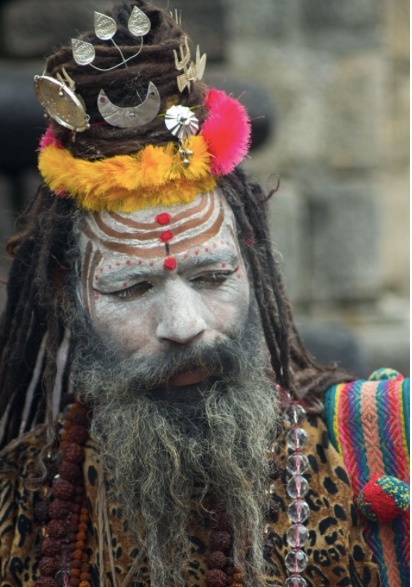 I don’t know what that holy man transmitted to my consciousness, but no one has ever looked at me that way since, and I know in my soul, that some sort of spiritual deeksha transpired between us.

Not one of the teachers assigned to teach our yoga fellowship taught me as much as he did in a single glance.

Four – If You Think You are Advanced in Your Yoga Practice, You’re Mistaken

I actively participated in yoga for many years while living in Hawaii before I moved back to the mainland U.S. and ended up studying it more intensely in India.

While I was in excellent physical condition from running, working out in a gym, lifting weights, and swimming in the Pacific Ocean 2 miles several times a week, none of this prepared me for the rigors of 5-hours-a-day yoga and meditation.

Not only does this level of practice take your body to its extremes, it tends to churn up emotional stuff that you didn’t know was lurking inside you. It is very effective at uncovering your egoic crap. So, be prepared for not just a physical overhaul, but an emotional and psychological one.

Trust me, you’ve never practiced yoga until you’ve done it like this.

I don’t care how long you can stand on your head. The true test is getting up at 5 AM, doing yoga for three hours, then sitting in silence for 2 more. This practice makes an arduous 5-mile hike in the mountains seem like child’s play.

Though there is a ton of wisdom I learned while training at the Yoga Vidya Gurukul, most of the lessons and speakers were men. The Hindu tradition is very patriarchal in its boots-on-the-ground application, and most yogis in ancient India were men.

Though there are exceptions that are highly revered like the ancient Brahmavadini Gargi Vachaknavi, daughter of Vachaknu, Maitreyi, mentioned in the Puranas, and Hemalekha, mentioned in Tripura Rahasya, who was a Guru to her husband, Prince Hemachuda.

There are very restrictive ideas of a woman’s role, even though you can walk through temples which ceremoniously celebrate the yoni.

Women are expected to dress very conservatively, even in sweltering heat, and conduct yourself in deference to a male-dominated pantheon.

Nonetheless, I took away priceless teachings about yoga which have been passed down in India for centuries. However, don’t expect Lulu Lemon yoga pants and the watered-down class lessons you get in American gyms and studios. This is the real deal, and they don’t mince words if you aren’t attempting to follow their traditions with a sense of humble awe. 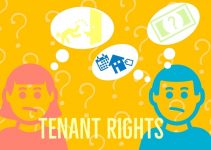