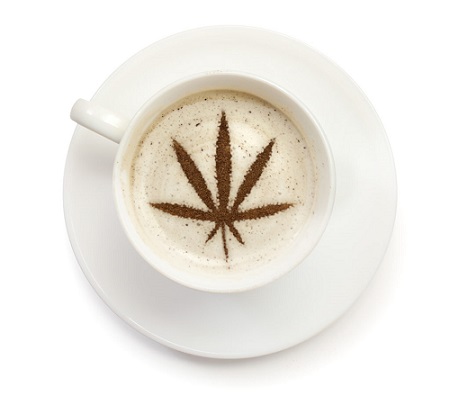 Entrepreneurs have long searched for a medical solution that will positively impact work-minded individuals during their day-to-day routine.

From Adderall to Vyvanse, Researchers have suggested a variety of pharmaceutical chemicals to business-professionals in order to improve that overall quality of life while pursuing their business ventures.

In present day, an increasing amount of people are shying away from chemically prescribed pills and are using a healthier alternative, CBD-Infused Coffee.

The ingredient within CBD-Infused Coffee that separates it from your typical brew is the ingredient Cannabidiol, a cannabinoid found in the cannabis plant known as marijuana.

As a reminder, both of the components CBD and THC are found naturally within the cannabis plant. However, the components differ in that THC is responsible for a euphoric high while CBD does not have a psycho-activity reaction.

Caffeinated coffee is commonly known to give drinkers the jitters and can also trigger overwhelming anxiety attacks. Luckily, the combination of CBD and Caffeine create a counteraction of anxiety and stress.

The therapeutic benefits of CBD-Infused coffee include providing an individual with an overall sense of well-being. With this in mind, entrepreneurs now can enjoy a coffee while participating in conversations without nervous sensations.

Researchers suggest entrepreneurs often struggle to sleep because their minds are focused on what they have yet to achieve or what needs to be achieved the following day.

When you have a list of milestones to complete, it’s vital to relax at the end of the day in order to be energized following suit.

Picture waking up in the morning and feeling awake, rested, and lively- the tiredness and fogginess has completely disappeared. You can now get ready for your business meetings without yawning immensely and you’re excited to start the day.

For some, CBD-Infused coffee is the go-to remedy for sleep insomnia or similar cases. Many entrepreneurs have sworn by the end of their work day their sleep difficulties had reduced significantly after drinking CBD-Infused coffee for one solid week.

The intriguing aspect of CBD-Infused coffee is it stimulates the brain similar to caffeine but also combats sleeping disorders in the process. Sure, pharmaceutical medications can help people cope with sleep issues, but is it the healthiest choice?

Entrepreneurs in many instances are sitting at a desk or conversely standing for long-periods of time. If you run an organization, this most likely sounds familiar. It’s a demanding lifestyle that can not only create emotional turbulence but also neglect an individual’s health.

Complicating matters, young entrepreneurs frequently push their bodies to the breaking point. Studies have recently shown 1 in 2 adults experience chronic pain at some point throughout their career.

The dangers presented in an entrepreneur’s lifestyle have real effects on a person’s physical well-being. People who work more than 8 hours a day have a greater risk of a multitude of cardiovascular problems, long-term arthritis, and muscular skeletal disorders even if exercising on a regular basis.

The cause of chronic pain has not been fully discovered, however, it is clear particular brain chemicals halt pain in the human body.

CBD-Infused Coffee is now being adopted by moguls because of its reduction in pain symptoms.  The special coffee has shown to reduce levels of spasticity in a person, chronic pains, arthritis, among other pain issues within the body.

Each person drinking the coffee experiences pain-relief differently because our bodies are all unalike. Not surprisingly, the big appeal to CBD-infused coffee for entrepreneurs is it assists with the avoidance of over-prescribed opioids by medical professionals.

When people first learn about CBD-Infused coffee there is often hesitation due to the fear of experiencing the typical drowsy effect associated with THC. On the contrary, CBD infused coffee has a subtle effect relaxing the body and increasing the body’s overall production.

So, it doesn’t get you high, but increases your energy levels? Yes, this is true. Human serotonin levels play a vital role in your body’s energy. The slightest in-balance in serotonin can hinder an entrepreneur from performing at the best of their ability and therefor resulting in a less likelihood of achieving success.

A Trend or Medical Revolution?

Business professionals are now thriving as a result of natural remedies; CBD-Infused coffee is one of the top natural solutions to having low energy.

While the movement of CBD-Infused coffee is on the correct track, it’s clear the healing combination brew is taking over entrepreneurial society.

The revolution isn’t just taking place solely in states where cannabis is legal recreationally. Increasing amounts of people world-wide are speaking to their health care providers in regards to how CBD-Infused coffee can be included in their daily drinking habits.

The day when cannabis was viewed as a damaging drug and categorized as a gateway to a disadvantageous life is now increasingly subsiding.

CBD-Infused coffee has the potential to change a person’s life for the better. It has shown promise to help entrepreneurs with lowering stress and anxiety, replacing sleeping aids, relieving pain, and increasing body production.

No doubt, in the near future; more clinical trials will take place and provide more scientific evidence of the benefits of CBD-Infused Coffee. Until then, CBD-Infused coffee will continue to make headlines and be a major obsession amongst entrepreneurs. 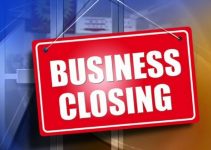