Home
Everything Entrepreneur
Bay Area UX/UI Project Cost: How Much?

Many say that the Bay Area and San Francisco are the two places where the leading professional UX/UI design agencies are situated. However, how much does it cost to work with designers from SF? Well, read on to find out.

In order to attract the best professionals, UX companies have to pay reasonable salaries and create comfortable working conditions. The salaries in San Francisco and the Bay Area are among the highest in the world. Consequently, this affects how much the online business project is going to cost.

Here are some facts:

• The average salary of an inexperienced UX/UI specialist in the world is equal to $40,742, while more seasoned designers can make $90,832.

• In Bulgaria and other Eastern European countries, the average salary of an experienced designer is about $39,768.

• French designers with more than five years of experience earn about $70,700 per year.

Now let us look at how much UX designers and UX analysts make around the world.

• Outside the US, salaries are lower and more or less the same as the salaries of UX/UI designers.

There are three popular payment models that UX/UI agencies use. It is useful to know which one your agency uses to be able to predict the costs.

The amount of work is estimated in the beginning. Project requirements are written down before the actual development so that the costs could be estimated beforehand. This model is the most predictable of all, however, it lacks flexibility.

This means that the agency is getting paid for the amount of work that was completed. The model can be risky for the client because it is hard to estimate the final cost. Usually, the model uses hourly rates.

T&M is great if you care about the quality of the product, and the price doesn’t matter as long as the investment pays off.

The milestone pricing model is likely the optimal one. Important milestones are set beforehand; for example, wireframe development. The client is then billed after a specific scope of work has been implemented, giving you flexibility while remaining predictable.

Knowing the average hourly rate in San Francisco will help you predict the final price if your UX/UI agency uses the T&M or milestone model. At the same time, if you are aware of the minimum project size, you can be prepared if your agency works by a fixed-price model.

The Average Hourly Rate In San Francisco And The Bay Area

According to Clutch, UX/UI agencies in San Francisco charge from $150-$199 on average. Companies with names and experienced designers can be even more expensive, reaching $200-300.

San Francisco agencies who work with remote teams are more accessible: $25-99. They outsource the design to the designers located in Eastern Europe, cutting down prices without compromising quality.

On average, the minimum project size is anywhere from $10,000 to $25,000. This money is enough to make a working MVP with practically any company in San Francisco and the Bay Area.

Bay Area UX/UI design agencies have different pricing models. By knowing which your company uses and informing yourself about the average hourly rates and project sizes, you can estimate how much your project will cost. This estimate is rough, of course, and only your vendor can tell you the exact price. However, it will help you plan a budget and know what to be prepared for. 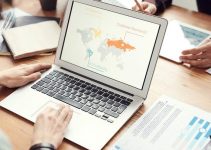