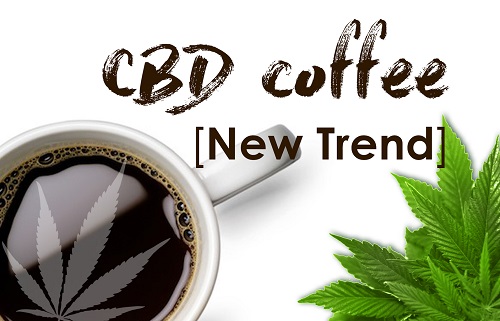 For the world, especially Americans, coffee is an essential part of their daily routine. Coffee has permeated every aspect of our society from coffee in the workplace to the success of companies like Starbucks and Dunkin Donuts.

Coffee is here to stay and is predicted to grow in the future.   Many companies are trying to find a way to get an edge over their competitors, and it has given rise to new products of CBD infused coffee and teas.

There is a lot of concern, speculation, and confusion surrounding CBD, hemp and the legality in the United States. With information on cannabidiol being difficult to find, this article will try to provide some concise information about the subject so the reader can make an informed decision. As always, before trying anything suggested here, please make sure to speak with your health professional to make sure it is right for you.

What Exactly is CBD and Why is it Being put in Coffee?

Coffee is a staple in almost every household and part of people’s routines. Coffee, in itself, is as familiar to those in the workforce as their office or their home. There have been health benefits attached to it besides the added energy to get through a stressful day.

A study performed by the Annals of Internal medicine found that drinking coffee daily could lead to a reduction in mortality due to heart failure or kidney disease.

On the other hand, Cannabidiol or CBD is derived from multiple different plants including it is more infamous cousin, the marijuana plant.

CBD coffee is an infusion of regular coffee with the liquid concentrate added to it. In the United States, CBD concentrate is distilled from hemp which only contains .03% of Tetrahydrocannabinol (or THC), the psychoactive ingredient in hemp and marijuana.

Hemp is a type of cannabis plant that industries use to produce paper and clothing. As most production does not need edibility, the plants grown are not specially bred to have a high THC count. For that reason, it is impossible to get a high or “buzz” from consumption of CBD.

With the health benefits of both substances, it is not a surprise the companies began to come up with their blends of CBD laced coffee and have been finding ways to market it online and through smoke shops and coffee shops.

Hemp Cannabidiol and the United States

Until 2018, hemp oil and its extracts were considered illegal in the United States without a prescription, much like Marijuana, but the hemp industry was able to get through the Farm Bill Act of 2018 which declared hemp as being utterly different from the cannabis plant. This turned hemp into an unregulated item that could be purchased legally in all fifty states, much like herbs and tinctures presently on the market.

A 2018 survey from Brightfield Group and HelloMD has found that since the introduction of CBD, 25% of the 150,000 people surveyed and used CBD stopped taking traditional medication.

Though the medical community still states they still have a lot of long-term tests and studies to do, there is a lot of evidence that CBD has strong medicinal value even though their test sample was on the smaller side.

Some of the benefits that have been found are that CBD can relieve a multitude of pain from different sources, shows marked improvement in anti-inflammation, and also has shown signs that it could even assist with some mental health conditions and strengthen the immune system of cancer patients.

The Industry is growing at an exponential rate

CBD coffee has caught on and is multiplying and is predicted to becoming a multi billion-dollar industry within three years and showing no signs of stopping.

The Brightfield survey was able to figure out that 65% of the sales for CBD products had come through online locations while only a small portion of it came from smoke shops nationwide.

The other percentages turned out to be dispensaries and doctors who were prescribing it for their patients. With online retailers have extensive reach both nationwide and on the international stage, many parties are racing to get online and sell.

The Hemp Business Journal reported that they estimated the CBD market would continue to grow to 2.1 billion dollar market by 2020 with around $450 million of those were sales of hemp  -based  products and items.

At present, there only three known publicly traded companies that produce the hemp oil. They are sold in many forms including drops, capsules, and balms.

With the advent of CBD coffee, a lot of them have begun switching their sales from medical based products to recreational drink mixes and concentrates. Many have expressed their goal to get in this market as pure hemp sales drop when cannabis laws are relaxed throughout the states.

The Future is Limitless

Coffee has been around since the ancient times and will continue to be around long after. With CBD now in the mix, many in the industries from business experts to the consumers believe that coffee is about to evolve and become something new on the market and in the stores.

There is high hope that the industry will be profitable and benefit the purchasers as the Drug Enforcement Agency (DEA) has made no steps to regulate or present the sale or use of hemp-based CBD. This is good news as it will attract investors who will allow more scientific studies to be done and the real power of Cannabidiol can be ascertained.

Recent murmurings in 2023 have discussed some new regulation proposals for CBD going forward. But for now, the world drinks CBD coffee for health and enjoyment waiting for the rest of the world to catch on and science to show how great it the substance is. 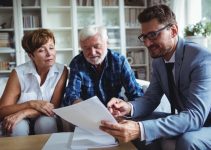