Home
Small Business
The Cons Of Tracking Time With Excel

Until a few years ago, Microsoft Office’s Excel could be found in every company; be it as an overview of working hours, vacations or even for project documentation. In the meantime, however, the program has become increasingly unpopular, which is also due to the innovation of modern software that surpasses Excel in many respects.

Excel As A Tool For Recording Working Hours

While Excel was used for a variety of bureaucratic tasks, it established itself as the best solution for timekeeping in most companies, even though it had numerous nerve-wracking drawbacks for both time and project time tracking. It was the only option for many companies for many years.

Specifically, entrepreneurs used Excel spreadsheets to manually document working times that employees had previously entered manually on timesheets. In particular, the function of calculating working times in Microsoft Excel or forming the difference between target and actual hours was very popular and proved to be very practical in some cases. The working times calculated this way were then forwarded directly to the accounting department, which processed the data and then settled the accounts.

Excel has some advantages, such as the free availability, the flexible usability and the extensive application possibilities, e.g. in project documentation or working time recording, but also numerous disadvantages.

The errors of Excel robbed many users of their last nerve. One wrong click and hours of work were in vain. On the one hand, Excel is confusing and very easy to manipulate, on the other hand, the associated time expenditure is unavoidable due to the error-proneness and the associated high probability of having to enter everything again.

Furthermore, every timesheet in Excel is associated with a high risk regarding the correctness of the working times, for example because some employees like to round up working times. This in turn leads to mistrust in the company, which not only brings bad moods, but also lower employee satisfaction and thus inefficient execution of work.

Probably the biggest disadvantage of Excel is the lack of options for displaying working time models. This has caused Microsoft to lose many users and customers in the last several years. After all, if you invest so much work and time in a table that already contains manipulated working times, then you would at least expect a clear and realistic representation. But the opposite is the case. Today’s modern working time models vary in most companies depending on the employee, which means that the difference between target and actual hours in particular suffers.

In recent years, many companies have switched to a modern, innovative and flexible solution for time recording: customized software programs. Unlike Excel, these were developed specifically for attendance tracking and are oriented towards the needs of the user. Working with a software like TimeTrack protects the entrepreneur from manipulated timesheets and gives him the certainty that the entries are correct.

TimeTrack can be used not only mobile and via the web app, but also on end devices. The working times recorded with the time clock are then automatically generated into timesheets that can be easily and quickly printed out or saved as a PDF for further processing.

TimeTrack also automatically calculates employees’ target and actual hours. Not only working times can be recorded with TimeTrack, but also project times. These time entries can also be assigned to associated projects or activities, which are then automatically converted into practical reports and evaluations. Thanks to automated time tracking, you no longer have to worry about incomplete working times. Especially for companies that work with many different programs, the diverse options for connecting to third-party systems are very profitable.

In summary, time tracking with Excel is outdated and unreliable due to the many disadvantages such as inefficiency, time expenditure, and transparency. Instead, many companies have switched to software solutions like TimeTrack because they are easy and reliable to use. 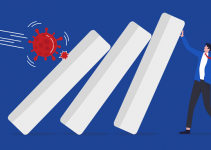