Home
Everything Entrepreneur
6 Consequences Of Getting A DUI

Getting a DUI is no joke. There are a couple of things you should prepare for after you get arrested for one. I’ve discussed them in depth below. Read ahead to learn what you’ll be dealing with from a DWI.

You may have to spend a couple of days in jail even if it’s your first time being charged with a DUI. You will have to spend much longer if it is your second or third time, however.

Just like any other arrest, you will have to pay a fine for an OUI. The fine depends on the conditions of your arrest. If you were arrested because you caused an accident or damaged someone’s property, it would include these damages as well.

Even if it is your first time getting a DUI, you would still lose your driver’s license. Before you panic, know that you won’t lose it forever. The court would likely only suspend it for a year or 2.

Even if you get a good lawyer, there is nothing he can do to stop your license from being suspended, unfortunately.

Not only would using an ignition interlock be a nuisance but purchasing it would be expensive as well. What’s even worse is, you’ll have to pay to get it fixed yourself if something were to happen to it. Getting it repaired is quite expensive.

Auto insurance companies will increase your premium if you get an impaired driving charge. The rate you would be met with depends. However, the new premium most of the time would be a lot.

It’s not hard to imagine why they would charge you more. You’re more likely to get into accidents because you have an alcohol problem, which would make working with you a liability.

You Will Never Forget

Although this consequence is not as bad as the rest, you won’t forget the DUI arrest for the rest of your life. This is especially true if you got arrested for drunk driving because you caused a major accident or your family were in the car with you and they saw everything.

As you can see, there are several consequences of getting charged for drunk driving. Some of them are worse than others. One of the worst things about getting a DUI is the fact that you won’t be able to drive for a year or two. Once you can drive again, you will need an ignition lock on your vehicle which would be a major headache as well. Your car won’t turn on even if there is a little bit of alcohol in your system. 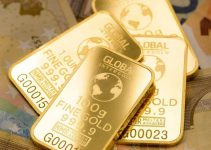 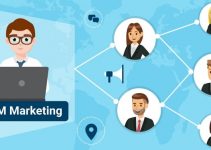