Home
Everything Entrepreneur
9 Counties Where You Can Find Inexpensive Land

Are you on the lookout for the perfect parcel of land?

Whether you are searching for recreational land or land to build a homestead on, the search can be difficult.

Especially, if you are on a budget.

If you need some help narrowing your search, below are a few of the most inexpensive counties in the US to buy raw land.

Home to Tucson, this county in south-central Arizona also contains a lot of vacant land.

The county’s name comes from the Pima people, who were the original inhabitants of the area.

Pima is also home to Saguaro National Park and 6 other national protected areas.

This Kentucky County was founded in 1860 by Governor Thomas Metcalfe.

Fun fact, Metcalfe was a dry county; however, in 2016 the county had an uncertified vote to change this.

The county is also the site of two notable landmarks: The Cut and Devil’s Den Cave.

Rio Arriba County is in northern New Mexico by the Colorado state line.

The county is technically part of the Albuquerque-Santa Fe-Las Vegas Combined Statistical Area.

Torrance is a sparsely populated county in central New Mexico.

The county is home to playas and seasonal lakes as well as the Manzano Mountains.

This central Colorado county is named for its geographic region, South Park.

And yes, this region is the setting for the South Park TV Show!

Park County is technically part of the Denver-Aurora-Lakeland Metropolitan Area, although it has a number of vacant land parcels.

This south-central Oregon County is the fourth-largest county in Oregon.

For most of its history, Klamath County had an economy based on timber and agriculture.

Now the area has an economy centered in construction and outdoor recreation.

This is due to the 9 national protected areas located in its borders, including Crater Lake National Park and Winema National Forest.

They say there is something for everyone in Sharp County, making it a great place to buy land.

The county’s economy is based in tourism and agriculture, and a large portion of the county is situated in the Ozarks.

Given its rustic location, Sharp County has a number of resort communities and vacation homes

Mohave is probably the most famous county on this list.

This is because the Grand Canyon National Park is partially located in the county.

But that’s not all, there are also 18 wilderness areas as well as Lake Mead National Recreation Area.

Yes, a county in California is on this list.

Kern County is located in the Central Valley and has an agricultural base.

There is a lot of chaparral, shrubland and heathland plant communities in this county.

And of course, a lot of affordable vacant land!

But This Isn’t It For Inexpensive Land!

There are thousands of counties out there with great deals on inexpensive land.

And this list just covers 9 of the most affordable ones.

There are hundreds of others to choose from.

You may even want to start investing in raw land for profit! 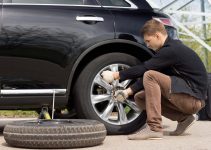 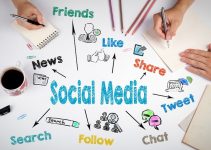