Are you considering learning an Asian language?

It was only two years ago that Asia’s role in the global economy was cemented. It’s clear that this hasn’t changed and isn’t going to change anytime soon.

As such, aspiring professionals, entrepreneurs, and investors are keen to learn an Asian language.

This will help open doors to opportunities in Asian economies. It’ll help put people outside of Asia at a competitive advantage over their contemporaries.

But what’s the easiest Asian language to learn?

Here’s what we think is the most valuable Asian language to learn:

When it comes to learning a language for economic opportunity, it’s difficult to assess which country brings the most advantages.

While China seems to dominate Asia at the moment, learning Mandarin or Cantonese is a huge challenge for English speakers. Many Westerners are curious about how to learn Chinese because of China’s incredible rise.

With over 400 recognized languages, one might wonder why Hindi stands out. India is also one of the world’s largest English-speaking nations, so it’s a mystery why an Indian language has to be learned at all!

Hindi is the primary language spoken in Northern and Central India. However, it’s often seen as a lingua franca in India — second to English. It’s also gaining popularity elsewhere in the country, where it traditionally wasn’t spoken.

Hindi can also get written in the Roman Script. This saves English speakers time until they learn the original Devanagiri script.

Hindi is also the language of Bollywood, the world’s largest film industry. It’s also spoken by professionals in India’s tech sector. As these are two industries that offer the most economic opportunity, it’s clear to see why one should learn Hindi.

The answer is yes. As one of India’s youngest languages, Hindi is often considered the easiest language to learn. This is true for both English speakers and speakers of other languages.

The most common Hindi dialect is Hindustani. This is a mixture of Hindi and Urdu and often contains English words. In cosmopolitan India, it’s not uncommon to hear Indians mix Hindi sentences with English.

Many Hindi speakers are also fluent in English, which makes it the perfect language to practice. If you’re ever stuck with your Hindi, you can be that the native speaker can accommodate you in English.

Now that you know the easiest Asian language to learn, you can start taking lessons in Hindi.

India is the second growing superpower in Asia. Its democracy and diverse culture make it more attractive to foreigners than China.

Even within India, the Hindi language is growing in popularity. As it’s a younger language, you’ll find it much easier to learn in comparison to other Asian languages.

You can find more tips on how to learn Hindi on our website! We publish a wide variety of helpful articles on language translation services, international business, and global commerce. 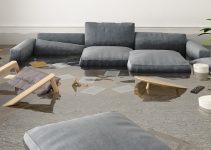