Everyone in the cryptocurrency industry has been talking about Bitcoin, which recently celebrated its 10th anniversary. However, there are those of us that have never understood what Bitcoin entails. For the longest while, I did not understand anything about cryptocurrencies and the only information I had was about the crazy increases and decreases in Bitcoin value. If you are just as ignorant as I was about Bitcoin, then you are in the right place. I will break down various concepts about Bitcoin in a way that even the most non-techy person can comprehend. Then, you can go on to sites like Frugal Finance with the confidence you need to make it big.

It is one of the most significant cryptocurrencies in the modern investment world. Just like the name suggests, the money is virtual, which makes it a perfect online form of cash. Being virtual makes it suitable for most people, especially today when consumers like me want the convenience that comes with online shopping. We all love online shopping, so why not invest in virtual assets as well? Bitcoin does not just allow me to purchase cryptocurrency, but it also enables me to pay for services and products from sellers that accept it.

However, not everyone gets to use cryptocurrency despite the fact that it is not controlled by any financial institution. Some countries have made the use of cryptocurrency illegal, and thus people in that country cannot transact using it. A random search on the Internet about Bitcoins will give you many options. However, some of the search results you get can be scammers or fraudulent entities that want to steal your money or financial information. Bitcoins are only valid if they have the current codes in them to validate the transaction. Without these codes they are useless.

Every Bitcoin in the market is a computer file kept in a virtual wallet on either a computer or smartphone. One person can send the Bitcoin or just part of it to another person. Each transaction is recorded in a public list that shows the list of Bitcoin transactions that were made. This register is called blockchain. Based on this transaction, it is easy to track the history of the Bitcoin so that people do not use other people’s Bitcoins or make duplicate copies of the Bitcoin.

How Do People Get Bitcoins?

Another significant question that you may be asking yourself is how you can get a Bitcoin. Fortunately, there are several ways that I can get Bitcoins, and these options are shown below.

• I can also sell products and services and allow people to pay with Bitcoins.

• We can also access Bitcoins that are created using computers (New Bitcoins).

How Are New Bitcoins Created?

For the Bitcoin system to work effectively, there must be people mining Bitcoins and others validating Bitcoin transactions. Bitcoin miners use computers to solve complex mathematical problems and they are rewarded with Bitcoins for getting the solution. With the promise of getting Bitcoin, people have invested in powerful computers to solve these problems. To prevent an oversupply of Bitcoins, the mathematical problems keep becoming more complex. The fewer Bitcoins are mined, the higher the value of existing Bitcoins becomes.

For instance, if I begin mining today, it can take several years before I get a single Bitcoin. In the process, I will have spent a lot of money and time on mining, and when I get the Bitcoin, it may not be as valuable as I expected. Most people, therefore, feel discouraged from Bitcoin mining due to such challenges.

Why Are Bitcoins Valuable?

Apart from money, there are many other things that we find valuable in life, including diamonds and gold. The Aztecs, for instance, used cocoa beans as money, which means they valued cocoa most. Bitcoins have taken the same trend and gained so much value among most of us that we are willing to exchange them for cash and real goods and services.

Why Do We All Want Bitcoin?

People invest in cryptocurrencies for many reasons. One of the major reasons is that Bitcoin is neither bank nor government controlled. Also, I can spend Bitcoin anonymously even though all the transactions are recorded. This secures my financial information and I do not have to risk my personal financial information falling into the wrong hands.

I hope the discussion above has been informative and you now know more about cryptocurrencies than before you read this blog. 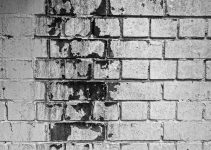 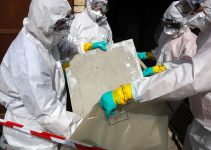 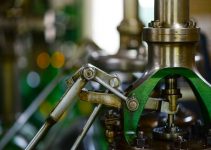