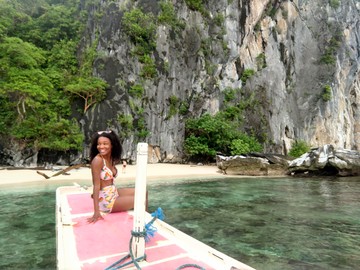 Six months ago, I quit my management consulting job to start a business and travel the world. Before I left, I met up at Starbucks over lattes with one of the Senior Managers, who had just gotten back from a month-long yoga retreat in India. “It won’t be about the place. One day, you’ll just be doing something completely mundane, and it’ll hit you: the realization that you just aren’t the same.”

I nodded in pretend agreement, but completely blew it off (in my head). Of course it would be about the place. How could it not be? I was going to swim with elephants in Thailand and island hop in Greece and learn how to make empanadas in Colombia. It was absolutely about the place.

But last weekend, I was in the Philippines, in this town called El Nido, that was smaller than my high school, and I was enjoy a latte with oat milk, staring out the window with my Kindle in my hands, and it hit me: I had become a completely different person. And like she said, I don’t know when it happened.

In that trip alone:

And for some people, this would be completely unremarkable. But I was someone who was terrified to jump into the ocean, and afraid of touching fish. I was so attached to my cell phone that it was basically a part of my hand. I could never eat an animal that still resembled its human form, and it took me weeks to warm up to strangers. And the dogs — I had been terrified of dogs since I was a little girl.

Who was this brave explorer walking alone through a town, stopping at every shop she saw and tasting everything – with no question or hesitation? It was undeniable – I was different.

Something about giving up your job, and with it, a part of your identity, gave me the space to recreate a new identity, and when I did, I decided to abandon the parts of myself that held back on experiences out of fear. I decided to live with as few regrets as possible.

That’s why when the opportunity to take a small tricycle an hour outside of town to “disconnect” arose – alone, in the dark, with no phone service, I lept at it.

Even though the hotel staff warned me that the roads to Napcan were so flooded, it was almost impossible to navigate. I met up with the driver in front of a popular hostel, and he loaded my bag into the back with hardly a word.

We drove for 45 minutes, and the sky was getting more ominous every second. I knew that it was monsoon season, but what were the odds of rain during the exact hour that I needed to commute? I hoped the chances were slim.

The first sign of danger was when the bridge swelled, and we needed help from a stranger to pull the tricycle onto it. But the second sign of trouble came less than a few minutes later — we got stuck. Completely stuck – no amount of pushing or revving could get us out of this ditch.

Finally, the driver, who had been silent up until this point said “Get out and stand over there,” gesturing vaguely to the dark side of the road. I jumped out, and he pulled out of the ditch almost effortlessly.

He pulled a few feet forward, then picked up speed and took off down the road, with my bags in tow. I was speechless as I watched him fade out of sight.

I looked around but there were no signs of any other bikes — only a man and two women inside of what looked like a small shop. Suddenly, the man approached me and asked me where I was from. “America,” I timidly responded. “What part?” “Philadelphia….” I trailed off.

I was terrified. Was I going to be hurt or robbed? Had I already BEEN robbed? I checked my phone – no service, although it’s not like I had anyone who I could call.

Many minutes later, a light began approaching me — it was the driver, on foot, using his phone as a flashflight. He talked to the man for a brief moment in their native language, before murmuring “Philadelphia…” Fear began to set in. He hadn’t asked me where I was from the entire ride. Why was he discussing it with this stranger now?

“Come.” He led me into the woods, and gestured for me to hand him my shoes. I clung to my shoes, and began walking timidly into the woods, forcing back tears. Finally, I blurted out “I don’t want to go this way! C-can’t we walk down the road?”

After a moment of what looked like confusion, he agreed that we could walk down the road. I tripped and stumbled on rocks and waded through mud for what felt like an hour, before finally reaching the campsite, where the tricycle was parked.

Relieved and on the verge of tears, I almost forgot to grab my bag as I rushed to the shower to wash the mud off of me. Thirty minutes later, still shaken, I sat at the dinner bench, and talked to two couples who were staying at the campsite.

One couple was visiting from the UK, and another from China. After a few minutes, we began exchanging traveling stories over drinks, and playing board games. After a few hours, a heavy fish dinner, three board games, and a couple of glasses of wine, I forgot about my fear and trekked off to sleep.

That trip was the time of my life: I focused on my breathing, my writing and my connection with the earth. I ate the freshest food, and smelled the rain in the air. I talked to people — without the shield of a phone or a friend to carry the conversation. Is this what I was so afraid of?

The next day, I learned that the woods where a way to get to the campsite that was easier to navigate than the muddy paths. I breathed a sigh of relief – that explained it. I felt immediately lighter. Nothing sinister had happened to me.

I had looked into the mouth of fear and dove in — and I was stronger for it. I lept headfirst into an unknown, somewhat scary situation, and I didn’t die. In fact, I felt tougher: if I could navigate flooded roads at night in the dark, what couldn’t I do?

In the grand scheme, sending a proposal to a client that scared me, submitting an application for project funding, or hitting publish on an article — all seemed like completely irrational things to be afraid of.

In fact, I should be taking bigger swings, and setting more aggressive goals. As soon as I got back to my laptop, I began revising my entire strategy for the year.

I smiled to myself, content, in the van on my way back to Puerto Princesa.  I had seen what was on the other side of anxiety and apprehension and nervousness and fear, and it wasn’t scary at all – it was glorious. 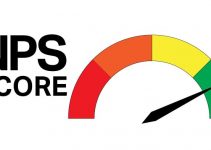 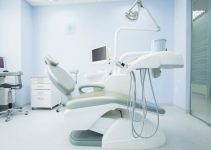 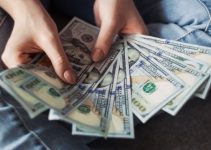