Home
Everything Entrepreneur
From Honor Student, to Klonopin Addict, and Back Again 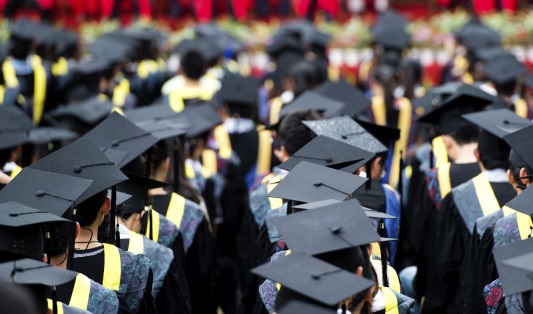 When you’re talking about addiction recovery everyone has their own horror story about what it took for them to get clean.

I myself have a pretty gruesome tale of woe but, no matter what the story is, the first thing that you need to know about addiction, is that it is no easy task to just stop using.

I come from your average junkie’s background and lifestyle.  My parents separated when I was two, they were both alcoholics and my dad was a drug addict.

My grandfathers on both sides were alcoholics, and of course everyone in my family smokes cigarettes.  My uncle on my mother’s side was a heroin addict, and two of my aunts on my dad’s side are alcoholics.  I have always been around addiction and I come from what is normally known as a broken home.

Keep in mind that is not to say that I had a bad childhood, it just wasn’t typical.  Addicts can function in society as well as, and sometimes better, then others can.  We went camping, hunting and fishing, plus I got to go to movies, sleepovers, bowling alleys and skating rinks.

My mother went through a string of crazy, abusive boyfriends, finally landing on my step-father.  He was so much worse than all the others.

He combined alcoholism, racism, mental abuse, jealousy, physical abuse, emotional abuse, psychological warfare, West Virginia Redneck and sexual abuse all into one little ball of jerk.  When he wasn’t being an asshole he acted like the typical step-dad, but behind closed doors life was hell.

With my background of family addiction and sexual abuse I started screwing up young.  At thirteen I was having sex and drinking alcohol, by fourteen I was a very serious weed smoker and by fifteen I was cutting myself.  Nothing could dull the pain that I was experiencing from being constantly sexually abused and living in the presence of violence all the time.

By sixteen there were very few drugs that I hadn’t tried, I was sneaking out, having sex with men in their twenties, drinking like crazy, had found out I was bi-sexual and worked at jobs like Baskin Robbins to support all my habits.

This is when I developed my Klonopin and Adderall habit.  Klonopin was the only thing that actually made me forget, about everything.  I quit doing other drugs, except for smoking weed, I quit drinking and started eating Kpins like candy.

Because the Klonopin made me so drowsy I started doing the Adderall because I needed to stay awake in my classes.  I may have been a drug addict but I still managed to maintain my grades pretty well.

Four days a week I would eat and snort a few Adderall before school, take another three while at school, then get home and eat a Klonopin or two.

Then I’d do my homework, wait until my parents were asleep, and I was out the door.  I’d take my Klonopin all night long, party and drink, take my Adderall all day long.

I didn’t sleep, I didn’t eat, I partied and went to school.  When I couldn’t get the Adderall I slept for days, when I couldn’t get my Klonopin I was mean irritable and angry.  I wasn’t healthy at all, I was getting very skinny, my grades eventually started to drop and my mother knew something was going on.

At seventeen, with three months left in my senior year, I decided to run away and she decided it was time to call my dad on me.  I was told she couldn’t deal with it anymore, she couldn’t handle me, and so I was sent to live with my father in Pennsylvania.

I finished out my senior year and graduated, but the damage had been done.  I was in International Baccalaureate classes and would have graduated high school as if I had taken my first year of college in History, English, Spanish, Business Management and Social Anthropology, but, because I moved to Pennsylvania and they didn’t have the classes to match those, I graduated with a general diploma and pretty much wasted my last four years of school.

Needless to say, I just wanted to forget some more, so I drank and I tried the drugs that I hadn’t tried, plus kept taking the Klonopin.

Adderall was an addiction but the Klonopin did away with a lot of the yucky feeling of any kind of withdrawal from the Adderall.

I decided to quit the Adderall altogether, it was getting too expensive and I needed what money I had for all the Klonopin I could get.  I drank and kept doing drugs, then I met my fiancé.

He had a problem with heroin and Xanax, and he was prescribed Klonopin.  He would give me his prescription of Klonopin and sell the rest of his meds to get heroin and Xanax.  We partied together, hard, for about a year before we had realized how bad we had gotten.

It took one of our really good friends to come and visit us from the city for us to realize how bad we had really gotten.  He had come down for a normal visit and was absolutely disgusted by what he saw.

The house was filthy, we were both high out of our minds, skinny and practically dying.  He sat us both down right then and there and laid it out for us.

He told us how disappointed he was and how he had been hearing things about us all over the city, horrible things.  It really struck the both of us.

We decided then and there that we were going to quit.  Unfortunately, benzodiazepines are not drugs that you can come off abruptly, without comfort meds or without a lot of help.

Now, I want to explain the pain of withdrawal.  It feels, like nothing I have ever felt before.  I have had four children, naturally with no medications, and I would rather do that then withdrawal ever again.

Sometimes it feels like you’re on fire, then you’re freezing, next you’re puking and shitting everywhere, there’s severe stomach cramps, plus you just want to die.  With benzodiazepines there is a chance of hallucinations and seizures.

Now, I would recommend strongly, if you are planning on coming off any kind of benzo, that you do it with the aid of a doctor or hospital.  We did not because I had just gotten a paraphernalia charge for a marijuana pipe and was on probation.  So, we did it own our own, slowly.

It wasn’t easy at all.  We were constantly sick as we slowly came off the benzos, plus heroin for my fiancé.  It was even more difficult because the only support system we had was ourselves and the friend that addressed it with us.

Everyone though that because we were sick we were still getting high, but we weren’t.  We spent a lot of money getting comfort meds and foods that would help to detox our systems.

On the days we didn’t feel like we were dying we exercised to push the toxins out of our systems quickly.  It seemed like it took forever.

Even after the initial withdrawal, your body has to go through a recovery period, and for my fiancé who has Fibromyalgia and Marfan’s Syndrome, that was a little bit difficult.

Fortunately for us we had each other.  It helped so much to have someone who knew what the other person was going through.

It took three months to feel normal again, and there are still times where that isn’t always the case.  My fiancé has gotten therapy for his physical and mental conditions and he is regulated on medications for that.

He is going to school currently for Audio Production.  About four months after we detoxed we found out that I was pregnant.  We now have four beautiful children, two girls and two boys.

Around the time I found out I was pregnant I started going to school for a Bachelor’s in History, with a Minor in Psychology.  I am currently writing a novel and I enjoy every second of every day that I get to spend with my family.

If you are not ready, or can’t admit you have an issue, then it is going to be difficult to maintain what you need to do to quit.

The second thing is talk to a doctor, do not be afraid of them, they are there to help you not hurt you.  The third thing is to form yourself a support system.

I don’t care who you have to apologize to, whose ass you have to kiss, it does not matter.  If you want to get clean, the biggest thing to have is a support system.

It is a struggle, especially with so many choices of drugs around, and knowing what all of them make you feel like, but then I see all these stories.

Parents nodding out in moving vehicles with their children, babies rotting in swings covered in maggots and meth houses a block away from Headstarts come into mind immediately.

Cherish every single moment of life that you are living and breathing, remember, there are always people out there that care about you and need you, do not ruin your life and theirs by killing yourself with drugs.  Narcan should not be something that police officers, ambulances and the general public has to carry. 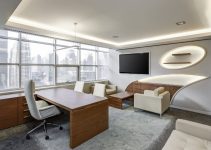