Projects like government buildings, bridges, railway tracks, new subway tracks, roads, and others fall under government contracts. In such projects, the government associations plan the entire project and then hand them over to their trustworthy contractors. Certain funding is provided at the beginning for purchasing the raw materials, completing the demotion works, and performing other similar tasks.

Labor and contractor charges are submitted as an invoice to the government authority only after the project completion. Usually, it takes about two to three weeks for the payments to be made from the officials’ end, which is a long time. As most businesses need the funding almost immediately, the only possible solution to avoid three weeks is the government contract factoring.

Reasons For Clearance Of Government Invoices And Payments

First of all, one needs to understand the dynamics of government invoice clearances and payments. After the project completion, invoices are prepared to contain all the expenses and surcharges and then submitted to the concerned authority. Once the authority receives the invoice, they start examining it. It is the scrutiny work that takes the longest time. After everything comes clean, the invoice is sent to the government’s financial department from where clearance is done, and payments are sent to the contractor. Hence the entire process takes such a long time.

What Is The Factoring Of A Government Contract?

Government contract factoring is a financial solution that most governments hired contractors choose to continue with their businesses. As discussed earlier, it almost takes a couple of weeks for the government authority to clear the payments. This lag time might prove catastrophic for the contractor’s business which is where contract factoring comes in.

Here, a contractor will sell the government invoice to a factoring company but at a discount. This means that the contractor will receive a lesser amount than what is being stated in the invoice. But that fund will be enough for the business’s continuance. On the other hand, the factoring company will slowly take payments from the government, and once it receives the entire amount mentioned in the invoice, it will return the rest to the contractor.

How Is The Government Contracting Factor Done?

To understand how the government contract factoring works, an example will be ideal.

Contractor A has prepared an invoice for $200,000 for the government construction project, which is incomplete and working conditions. Since it will take more than two weeks for the officials to clear the payment, Contractor A chooses another alternative.

The contractor can now sell the invoice at a 20% rebate to a factoring company F. Hence while buying the invoice, F will pay $160,000 to Contractor A. The remaining amount of $40,000 will be a reserve or a security deposit. Now, it will be factor F’s duty to get the payment clearance from the government.

After receiving the entire amount of $200,000 from the officials, F will pay back the reserve amount of $40,000 to Contractor A. The only deduction which will be made is the service charge of F, which is a meager amount. Hence, Contractor A will receive almost 80% of the total invoice within five to six days rather than waiting for weeks.

Factoring the government invoices has helped several contractors to keep their businesses alive and continuing. As no delays are made, there will be complaints from laborers, vendors, and third-party subcontractors. Perhaps that is the reason why government invoice factoring has become so popular in the finance market. 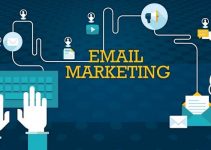