Home
Everything Entrepreneur
How Can You Motivate Your Sales Team?

You’d like to think that, once your sales staff were on board, they’d naturally take to the job like a duck to water. They’d arrive at work ready and motivated to deliver the best results possible. Alas, this isn’t the case. Even if the team wants this just as much as you do, humans are not robots — it’s more nuanced than simply flicking on a switch. They need some guidance, support, and motivation to be at their best day in, day out.

The difference between making and losing a sale, let’s remember, can be tiny — some inspiration can go a long way! So how do you make sure they’re able to deliver their best work? We take a look at a bunch of ways below.

Everyone needs something to shoot for! When it comes to motivating your sales team to work that little bit harder, look at setting targets for them to reach. You’ll want to make it so the number is high enough to be motivational, but not so high that the staff member knows it’s not going to happen.

Avoid setting individual targets — the bar should be the same for everyone. Some people will be miles away, but so long as they know it’s achievable (as in, another team member has hit those numbers) then it’ll have a positive impact.

Your sales team are in the business of, you know, selling. But more often than not, they’re spending — or, rather, wasting — their time doing other things. This can have a dispiriting effect; they know that certain tasks are a waste of time, yet they have to do them? It can have a corrosive impact on the trust that has been developed between team member and organization.

As such, you’ll want to provide them with the tools they need to stay focused on what they were hired to do, which is to sell. If they’re spending too much time entering data, for example, then sales automation CRM is the answer. You — and they — know that they’re talented enough to make sales. Your job is to ensure that they have the resources to let that talent do the talking.

Sales can be an individual game. But the important word there is ‘can.’ It doesn’t need to be! Indeed, it’ll be better for the health of your company and your staff if you do away with the individualistic attitude, and work on creating a team. Everyone on your staff will have an in-depth knowledge of your business, but they won’t know everything — when they run into difficulties, there’ll be another staff member on hand to help them out.

No-one likes to be micromanaged, and can you blame them? It interrupts the flow of the work too much. This is true for all industries, but it’s especially relevant when it comes to sales. The reason being that in that world, everyone needs to develop their own style. It has to seem genuine.

And how genuine can it be if the employee has little freedom to work their magic? If you’ve hired correctly, then you won’t need to guide them through every aspect of what to do. You should simply give them the information they need, a few general rules, and let them do their thing. It doesn’t matter how they achieve the results, so long as they get them.

If you want your staff to stay hungry, you need to feed them every once in a while. If you don’t, they’ll just starve. There are only upsides to recognizing success, no downsides. If someone does an especially good job, or leads the way for the team that month, that celebrate their achievements. You’re already paying them well and offering sound commission, but verbally giving praise is also important.

Pick Your Own Prize

And if you want to give your staff an extra motivation to dig deep — or rather, stay loyal to your business rather than jump ship and work for another — then you’ll have to find a way to reward them that goes beyond putting their name at the top of the leaderboard.

Why not look at starting a ‘pick your own prize’ reward for your best performing staff? It could be a week off, a fancy dinner, or anything else. Of course, you’ll want to save these rewards for exceptional performances, for those employees who have done something truly special. You’ll hope you get to give them out as often as possible! 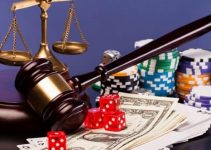 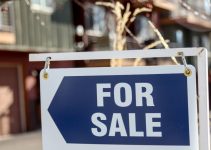