Home
Everything Entrepreneur
How Connection is the Antidote to Overcoming Addiction 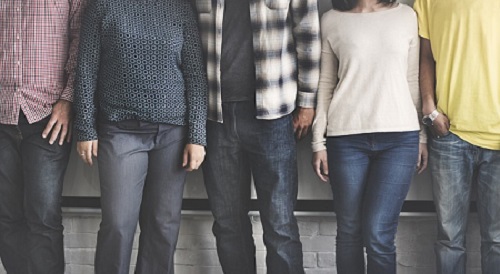 Loneliness, isolation, anxiety, and depression are killers for those addicted to drugs or alcohol. Punishment and incarceration of drug addicts only exacerbates the problem. But let’s set that aside for now and focus on how addicts can overcome their addiction.

One must embark on a total lifestyle change of committed recovery. Therapy, medication, and inpatient or outpatient rehabilitations can help jump start your recovery and start to sustain your new life of sobriety. But nothing will stick or last without real connection.

Johann Hari, a Swiss-British writer and journalist covering the war on drugs gave a TED talk in 2022 that contains a massive revelation for the 20+ million addicts and their loved ones in America.

Hari states, “almost everything we think we know about addiction is wrong, and if we start to absorb the new evidence about addiction, I think we’re going to have to change a lot more than our drug policies.” Addiction to drugs or alcohol is not about the chemical hook, it is about one’s environment, or, their cage.

An experiment of a rat put in a cage, alone, constantly drinking from a water bottle laced with heroin or cocaine instead of the one with just water was held up as the standard understanding of addiction in the mid-twentieth century.

However, in the 1970s, Professor Bruce Alexander ran another experiment, putting the rat in a cage he called “Rat Park,” which included loads of cheese, colored balls, tunnels, and other rats to socialize with.

A human and real life experiment also played out in the 1970s when 20 percent of American soldiers who used tons of heroin returned stateside from the Vietnam War. Many citizens were worried about these “drug addicts” coming back home.

Yet, The Archives of General Psychiatry revealed in a study that these troops did not go to rehab or into withdrawal, in fact, an astonishing 95 percent of them just stopped.

In order to stay clean and sober, one must build a solid sober support community around them. They must maintain close bonds and connections with other human beings. They must be present and love what they do and love who they are with.

Without this, they will inevitably return to their drug use or alcohol consumption. Isolation exacerbates the many problems an addict has in their life. They need sit with their emotions and deal with them, finding recovery meetings with other like-minded people in order to remind themselves that they are far from alone.

As an alcoholic-addict myself, I found what I was missing in my life was community and connection. I had isolated myself to the point that all I cared about was that next drunk or that next high.

I could not face life on life’s terms and wanted to numb myself from feeling emotions, not wanting to be present for my own life. I set myself up for failure. I moved cities thinking things would change, but I did not change anything about my daily routine or habits and failed to build that community around me to bring fulfillment into my life, so my problems got worse.

The antidote for addiction is connection. You have to treat yourself and others with love and compassion and seek connection with other people in your immediate environment. We cannot do this alone. No one can. No matter how strong your willpower, you cannot stay sober all on your own. I’ve tried it. It doesn’t work.

Since my last run, I have completed a 40-day residential rehab program, being present for every meeting and participating in everything that was offered during my time there, giving me the strength and willingness to change everything about my life. I made connections with others there and realized that community was sorely lacking in my life and I needed to replicate that back home.

Since then, I have completed an 8-week intensive outpatient program even though I really did not want to. I have done all that has been suggested of me and I have over 100 days sober as of this writing.

I currently live in a sober living environment, making friends with fellow addicts and alcoholics in a safe and drug free home.

I got a sponsor at an AA meeting I regularly attend and am beginning to work the 12 steps. I go to two or three recovery meetings per week and I recently obtained a full-time job that I start later this month by being totally honest and forthcoming about my current reality and my recent past.

I have fulfilling connections, have connected with my family again, and am living everyday to the fullest. You can only live one day at a time. Don’t beat yourself about the past. Don’t worry about the present. Be here. Be now. Be yourself.

Seek connection and you will find fulfillment. Avoid isolating yourself and get out in the world and find contentment with what you do and who you are with. Doing this will solidify your sobriety and bring you happiness during sober living. Trust me. It works if you work it. 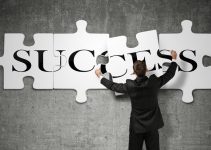