Home
Everything Entrepreneur
How Did Today’s Top CEOs Manage The Stress Of Starting Up?

The stress of starting a business is intense. Entrepreneurs must manage a range of emotions, running the gamut from elation to despair. One moment you’re riding high, believing that you have a pipeline full of customers, the next you’re desperate for cash and making excuses to creditors for why your repayment is late.

The problem with stress is that it can interfere with your ability to make money. Being perpetually stressed affects the structure of your brain, preventing you from doing your best work and creating the value your customers demand. Many of the world’s top CEOs (Chief Executive Officers), founders, and entrepreneurs only got to the positions they enjoy today because they learned early on how to manage the worries of starting up and focus on their core objectives.

Building a sustainable business is not a glamorous task. It’s something that requires daily commitment and attention to detail. Success only comes with prolonged effort, and even overnight “success stories” are usually the result of ten years of work in the background. Things take a long time to take off, and there’s an element of luck in all of it.

So what do high-flying CEOs and entrepreneurs like to do to manage the stress of starting up? Let’s take a look at how CEOs handle the heat.

They Change The Story

When it comes to stress, there’s a strong human tendency to blame others. People will often say things like “I’m stressed because an employee didn’t show up to work” or “I’m stressed because I can’t afford my loan repayment this month.” But what the majority of people don’t realize is that stress is something that the brain itself generates, not the situation. It is the person who decides whether to be stressed rather than the circumstances dictating it.

Top entrepreneurs come to this realization early on in their careers. CEOs recognize that stress is something that they can choose to experience. Sometimes being stressed can be an advantage, especially when there’s a task that needs to be done quickly in the short term. But stress can also be debilitating, which is why many people refuse to allow it into their lives.

They Take A Break

Entrepreneurs often don’t understand the concept of a work-life balance. To many, their work is their life. But even people at the helm of industry need to take a break from time to time. Breaks are a reminder that there’s more to life than solving problems and that you can have focuses besides your business.

It should be pointed out that taking a break means taking a break: you shouldn’t be on your phone or notebook firing off emails while pretending to be on holiday or pursuing a hobby. Even the brains of entrepreneurs need to be able to focus on things besides the business, helping them to feel refreshed.

They Understand What Helps Them Relax

Self-knowledge is something that all entrepreneurs need to have to be at their best. It’s the ability to know oneself and understand one’s needs, whether that’s meditating or going on a cruise. Knowing what fosters relaxation is key to helping your brain to reset after a hectic and challenging week in the office. Try out some Kava Kava Root Liquid Extract Tincture to help restore homeostasis, reduce stress, and aid in relaxation naturally.

The purpose of having a daily relaxation technique is to shut down cycles of negative thoughts. If you’re worried about debt, it’s all too easy to spend all day thinking about how you’re going to pay back your creditors, rather than focusing on the things under your control. Having a daily relaxation technique gives you the ability to shut out unhelpful thoughts while enabling you to focus on the set of actions which will solve the problem.

Of course, your choice of relaxation technique should be related to your personality. There is no one-size-fits-all when it comes to chilling out. People are very different from one another.

They Argue Against Irrational Thoughts

At the base of the brain is a structure called the amygdala. It’s about the size of a fava bean and is responsible for feelings of fear and panic. People with anxiety disorders often have overactivated amygdalas which regularly pump out fear signals, causing constant worry and terror about anything and everything.

The amygdala is the cause of many irrational thoughts. It creates sensations of unease, and then the conscious brain attempts to explain them by coming up with possible reasons. “I feel worried because one of my workers might quit” or “I feel panicked because my creditor rang me up demanding money.” The truth is that many of these so-called reasons for feeling anxious or fearful are irrational – often it makes no sense for the entrepreneurs to feel the way that they do.

The best way to combat these feelings generated by the base of the brain is to argue against them. Often, irrational thoughts are at odds with the facts. Successful CEOs remain grounded in reality, no matter how much their amygdala might be trying to pull them in a different direction.

They Understand What Cannot Be Controlled

Perhaps the most important way in which successful people deal with the stress that comes with their position is by understanding that they cannot control everything. Wanting to be in control all the time is a form of self-abuse. As a limited human being, you cannot control the thoughts and actions of the people around you. And you certainly have very little power over something as large and complex as the market.

Knowing where your locus of control lies is a surefire way to reduce feelings of stress. You can only control your own actions, and so that is where you should focus. Your role is to do everything you can to maximize the chances that your business will be successful, such as thoroughly vetting any employees you take on. It is not your responsibility to ensure that those people behave. If they let you down, get rid of them. Don’t beat yourself up for things that they did wrong.

They Take A Light-Hearted Attitude To Failure

When it comes to business, failure is the norm. Just take a look at how many failures Google has had over its history. The company tried to launch Google Glass in 2011, but it flopped dramatically. It also attempted to launch a social media network called Google Plus, but that shut down in 2017. Google’s Calico is yet to produce any products for the market, and its robotics arm is all but dead. Despite being one of the most valuable companies in the world, Google has had more failures than most.

Successful entrepreneurs know that even the most successful people in history failed. Even Shakespeare, perhaps the greatest master of the English language of all time is known for, perhaps, a dozen plays, with the other forty or so failing to make their mark.

Taking a light-hearted approach to failure can help enormously when taking risks. If you start a business, it’s more likely than not that it will go under. But at least you tried to do something to create value for your community, whatever that happens to be. Being light-hearted towards failure means taking the view that if you succeed, then great, if you fail, then at least you tried. Failure doesn’t say anything about your value as a human being. It just means that luck or something else got in the way. And that’s fine.

Many of the most successful people in the world put their health before work – literally. Famous actors like Will Smith and Mark Wahlberg, as well as Apple CEO Tim Cook, do exercise before starting their days. They know that by putting health first, they can reduce the stress of their work and feel better about what they’re doing. Exercise helps to focus the mind and sharpen the intellect: things that entrepreneurs need if they are going to take a firm from startup to success.

The problem with stress is that it hijacks the brain and can even cause it to shrink. The stress response undermines a person’s ability to do the thing that will get their business out of a rut. It tends to be the first thing a person experience before they can make a rational or informed decision. That creates a problem.

By doing things like exercise and putting health first, today’s high-flying CEOs create the biological conditions that will make a healthy response to stress more likely. They don’t eliminate fear, but they do give themselves the best possible chance of acting in their best interest.

Apply These Top CEO Lessons To Your Own Startup

In conclusion, it’s important to point out that all successful entrepreneurs today had a serious setback. But the thing that marks them out from the crowd is their ability to take those setbacks and use them to their advantage.

Resilient entrepreneurs learn from the things that go wrong in their professional lives and put in place systems to correct them in the future. They make strategic adjustments whenever possible, focusing on emotional freedom above everything else. The material rewards may never come, but that’s not why you chose the entrepreneurial lifestyle in the first place. 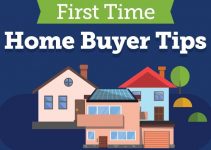 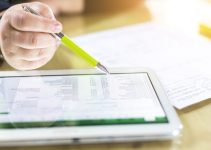