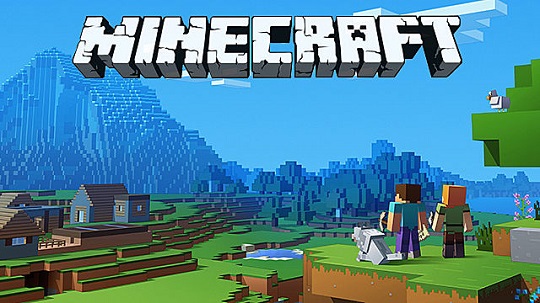 Minecraft is a platform that offers a large variety of opportunities for players, developers, and entrepreneurs. It allows you to create anything… from nothing.

It allows individuals to dig deep into their own imagination, much like when playing Yu-Gi-Oh cards with yugioh structure decks,  and create something they are truly passionate about. Most importantly, Minecraft gaming is a limitless world filled with endless expansion and opportunity.

Minecraft was first created in 2009 by a small company hoping to create a unique game for players both young and old, they succeeded beyond their own expectations.

Minecraft’s player base rocketed within the first year and they quickly rose to become one of the top games of the decade. With this, small entrepreneurs began to look at the game differently.

I was among these multimedia entrepreneurs.  Minecraft began as a single player world where players work to survive against the environment created for them with the resources around them, but it quickly became a multiplayer platform as well.

Players would purchase or join a server to connect with friends and other players to survive and play together. At this point Minecraft had become the #2 gaming platform across the world. Yet it still had not reached its prime.

Minecraft truly exploded when plugins were introduced. Plugins are lines of code introduced to a server to alter it in every way, with no boundaries besides a player’s imagination.

This allowed players to turn Minecraft into whatever they wanted. From this, players capable of coding plugins began getting paid to create specific plugins for certain servers, and even larger plugins for the Minecraft community.

This is where I began. I began by putting together a small group of players capable of creating plugins and unleashing revolutionary code into the Minecraft world.

We created plugins that altered the reality of the game, and kept players hooked. It began with simple plugins like a world that recreated the famous “Hunger Games” trilogy.

But It quickly began becoming far more than we had ever anticipated. We were receiving plugin requests left and right, and our team of developers was growing exponentially.

Plugins were slowly becoming insufficient for our business team. With 20+ employees and large fees to pay for our development servers I had to expand the business even more. So, I invested in a team of builders.

Building is the very foundation of a player’s experience in Minecraft. Servers need professional builders to present themselves to players as an enjoyable server, players also need building skills for an enjoyable experience.

Therefore, building is without a doubt one of the most profitable ways to play the game. Small builds cost anywhere from $15-$50 depending on the skill of a builder and take only a few hours to complete.

World sized builds are custom projects, the price range for these is anywhere from $601 to $5000 and can take up to 2 years to complete.

So of course, a business in building would expand our profits and our publicity in the Minecraft community even more.

By 2015 we had reached a new milestone. I was making enough profit to consider Minecraft my full time job, and I was definitely satisfied with what I had achieved thus far.

That, of course, didn’t mean I was ready to stop expanding. There was yet another business in Minecraft that was at a completely different caliber than both building and developing servers. I had discovered the world of hosting.

Now, server hosting was a very common business even before Minecraft came around. You needed a server to host a website, a Lan server to play Video Games with friends, a server to save your files online, etc.

This meant that anyone would be able to operate a server, therefore increasing our consumer audience. Minecraft servers also required very little resources to run. So we could purchase large servers and split them accordingly. This saved us a lot of money.

At first, our profits weren’t too great, I thought that maybe this business wasn’t as appealing as I had thought, but within a year we had reached a consumer base almost triple the size of what we had before we introduced hosting.

This hosting platform became the base of our operations as an online business. We invest almost 16x as much money into hosting as we did on our building and development platforms. It became far more than I had anticipated, with evident success in the business.

Minecraft is a platform that will continue to evolve, and if I want this business to continue succeeding I must evolve the business with it. That goes for a mobile app business or a painting company, it’s all the same principle.

Of course, this success did not come without struggle. It took countless hours of planning, building, development, and advertisement to achieve our goals, but in the end it payed off valiantly.

It all began with a dream, that dream turned into a plan, that plan began to form into an initiative, and that initiative skyrocketed into success. All it took was dedicated, time, effort, and the manpower of an amazing team. 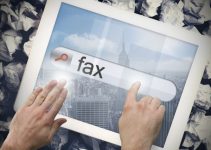