As someone with Cerebral Palsy, I never imagined I would travel very far without my parents or my fiancé by my side to help me with anything I may need.

However, during my sophomore year of college, my roommate got the opportunity to travel to England for three weeks for a class.

I told my parents about this great opportunity my roommate was applying for, never imagining that something like that could happen to me.

We didn’t have the money; the trip would require a lot of walking and physical activity that I wouldn’t be able to do, there were a million reasons for me not to go.

But then my parents surprised me. We sat in a Mexican restaurant having dinner with my grandparents when I just offhandedly mentioned that my roommate would probably be going to England.

I was amazed. It hadn’t even crossed my mind; could I actually go?

Flash forward to a couple months later and a large down payment later –thanks Grandma and Grandpa- and I was in the midst of planning it all.

I had meetings with the professors who would take us on the trip, and we came up with a plan. I would walk ahead of the group with a guide so that I wouldn’t fall behind.

I would start working out the summer before the trip to try and increase my stamina because we’d be walking an average of 12 miles a day.

Before I knew it, it was Christmas break of sophomore year, and I had a week left before the trip. I had my passport, and Mom and I had packed everything I could think of. Lots of Motrin. Motrin is my best friend whenever I’m in pain, and I knew I’d need it with the long walks of the trip.

It was also going to be the longest plane ride I’d ever taken, 2 hours from Des Moines to Dallas, then 11 hours from Dallas to London. I was immobile for most of the ride, not because plane rides are scary, but because I was in a lot of pain.

I was also worried about going through customs and airport security because I had my WalkAide on me. My WalkAide was going to be a major asset for me on the trip. It is a device that sends electrical stimulation up my leg to try and counteract my foot drop.

It was a big thing that I often joked was my “tracker” that went around my leg below my knee. It could’ve easily been mistaken for a bomb, so I was very concerned about taking it through security. I stored it in my suitcase to avoid any questions.

Finally, we arrived in London. The city is beautiful; it was actually the other places we went where I learned the biggest lesson of the trip.

I couldn’t even count how many times I tripped, but I kept my head up high and trekked on.

Part of the plan that allowed me to go to England was the idea that I would always be upfront with the guide whenever we were walking. I would set the pace for the group, and the guide would look out for me. Did that happen? Almost never.

At one point during the trip, during the “Dracula” walking tour, we had a tour guide who tried her best at keeping track of me but ultimately failed.

I would be at the front of the group, listening intently, and then suddenly she’d do a 180 without warning, and I’d be at the back of the group, which totally defeated the purpose of the plan.

But I was fine. I was having fun with friends, chatting with people, laughing at the tour guide. I was never extremely behind at any point on that trip.

At multiple points during the Dracula tour, the woman would call out “Where’s Molly? Molly?”  in a very strong British accent.

My classmates got a kick out of that, putting on their own accents and calling my name, to which I would sheepishly go to the front of the line, feeling slightly ridiculous. “I’m being summoned,” I would tell whoever I was talking to.

I truly believe I grew as a person on this trip. I realized how much I could really do by myself, and also that saying I need help when I do isn’t the worst thing in the world.

This was especially true when it came to the moors. The moors in England are these grassy, muddy hills, almost like mountains. We were going on some major hiking, and I had been warned. I’d packed some good rain boots for the mud that had plenty of support. I thought I was prepared.

I wasn’t. Getting off that bus and seeing what faced me, it look like a mountain. But I had support by my side. The two professors, one of them being the known “hottie” of the English department, each grabbed an arm and up we went.

My classmates also took turns helping me out. Making it to the top was a major accomplishment for me. I’d never felt air so clean.

Standing there, holding on to two professors who at that moment felt more like protectors than anything, I felt like I could conquer anything.

And whenever I look back at that moment, I still have that feeling. I can do anything now because I conquered the moors.

At the end of the moor hiking, as we got on the bus, the female professor turned to me and asked, “Was that the most strenuous hike you’ve ever done?” and I replied “Yeah” without giving it much thought (I was exhausted after all). “I’m glad I got to do it with you,” she said, bringing tears to my eyes.

I learned a lot about myself on that trip. I learned that I could keep up with the “big kids” a.k.a all of my able-bodied classmates.  I also learned that I could be confident in myself, and also be confident in the moments when I need help. I’m no longer afraid of asking for help. It gave an amount of confidence I’d never had before. I left England exhausted, but very proud of what I had accomplished. 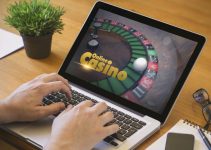