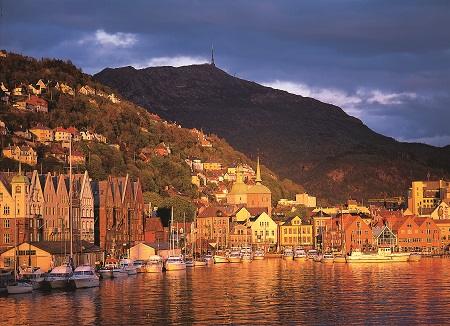 Bergen, Norway: A history-steeped city that lies nestled between the serene Byfjorden fjord and the majestic Seven Mountains.

I came to this city as a twenty year-old who couldn’t figure out how to stop letting anyone wander into my life and stake a claim on it.

The four days I spent hiking in the mountains—sweating a ton, stumbling upon hidden statues and mountain-top lakes, getting lost and found—taught me how to do justice to myself.

At twenty years old, I couldn’t figure out how to be alone with myself. I was spending my junior year of college abroad at Trinity College Dublin—and moving to Dublin alone should have been an exercise in independence.

Too bad I spent several months of the experience bogged down by two separate relationships that were wrong for me, and that were holding me back from finding my inner courage.

The first boy (“Josh”) lived all the way in California; we had gotten together over the summer, and despite a lack of romantic feelings on my part, I had allowed myself to go along with the nebulous, open relationship.

There were Facetime calls a couple of times a week—which I used as an excuse to get out of going to parties—and a constant iMessage conversation.

Somewhere deep down, I knew how unfair I was being to both of us by going along with the relationship when I wasn’t emotionally invested. I was afraid of hurting Josh, and I was even more afraid of losing the comforting safe haven from reality that he represented.

Less than a month into my year in Dublin, I started dating a fellow American student (“Aaron”) who I soon discovered had a toxic effect on those around him. To this day, I’m not sure whether he truly didn’t care about the people around him, or whether he just couldn’t see how pressuring a friend with an obvious drinking problem to hit the pubs, or encouraging drunk friends to fight each other, was more than just normal mischief.

Despite my concerns about Aaron, I soon found him becoming the center of my social life—and then becoming by social life, as my former friend group disappeared into the background of my life. I felt like a prisoner, during a time in my life when I should have been happy and free, but I knew that I was the one keeping myself in that prison.

So, on a whim, I went to Norway, booking my plane tickets before I had done any research or found accommodations. It was as if some deep-down part of me knew that I needed a dose of independence.

Soon, I was landing in Oslo, utterly terrified. I didn’t speak the language, I didn’t know where I was staying, and I didn’t know how I was going to budget my stay in one of the world’s most expensive countries. Despite these fears, I found my way to my hostel, and had a great time seeing the city on a budget. And then, before I knew it, I was in Bergen.

I knew that I wanted to do some hiking during my stay in Norway’s second-largest city, but I didn’t realize that I would end up spending over half of each day in the mountains.

I remember receiving a blank stare from one of my Irish roommates when I told him I had spent most of my time in Bergen hiking. “Didn’t you do anything cultural?” I think he said. And while I did spend some time checking out the city sights—like the Bryggen world heritage sight, and the Bergenhus fortress—it seemed to me that the mountains were an important part of the city’s culture.

On my first day of hiking, I went straight up to the top of Mount Fløyen (and was pretty astonished to discover a children’s kindergarten at the summit of the mountain).

It was toilsome work after several months of the exchange student lifestyle—the most exercise I generally got in Dublin was walking from one pub to another—and I had to stop for multiple breathers on my way up, while cheerful locals toting strollers breezed by me.

On my way back down the mountain, I passed by a local man who seemed to be in his mid-sixties, and who was running up the mountain. I decided that I adore Norwegians, and resolved to cultivate a better relationship with my body from that point on.

I woke up the next day—and the following day, and the one after that—with stiff, sore muscles, but I persuaded myself to return to the mountains. Each day I spent in Bergen, I walked a bit farther.

While I had originally been terrified of getting lost without a map, I soon found that it was easy to find my way back down to the city using the trail markers alone. Getting lost for a little while could yield interesting results: Meandering off a trail could lead you to a gorgeous ravine, a glassy mountain-top lake, or a hidden statue.

It was November, and the weather was beginning to feel like winter. On the first two days, I was pelted by cold rain; on the second two, I was surrounded by a thick, white fog that obscured the world around me. Hiking through the fog felt daunting at first, especially when walking along high-up trails along the mountainsides.

But I plunged into my fear rather than shying away from it—and before I knew it, that fear had dissolved. I found myself appreciating the foreboding beauty of the foggy landscape; of the orange hues of the grasses, and the silvery hues of the water-slicked rocks. I was alone, and a little lost, but that was okay.

On my last night in Bergen, I returned to my hostel to receive a call from Josh. He was gearing up for his winter break, and he wanted to come and visit me in Dublin. I froze up. I knew that I didn’t want him to visit me: I couldn’t picture the two of us in Dublin, especially not when most of my life there revolved around another guy.

And more importantly, it would have been unfair to allow him to spend time and money on coming to see me when I wasn’t invested in our relationship. An earlier version of myself might have gone along with the plan anyway, too afraid of hurting Josh in the moment to spare his feelings in the long run. But now, and maybe thanks to Bergen, I showed up for both of us and ended the relationship.

After hanging up, I was surprised to find that I didn’t feel sad or lonely at all, as I had been terrified that I would. I was sorry that I had let the relationship go on for so long, but mostly I felt relieved—and proud of myself for having finally been honest with Josh. I immediately decided to break off my relationship with Aaron as soon as I returned to Dublin.

That breakup was harder. As soon as I was alone with Aaron, I found myself practically paralyzed by fear. I had to stand on the opposite side of the room from him as I spoke my piece, and I found myself flinching reflexively anytime he made a sudden move.

Aaron had never hurt me physically—this fear came from some instinctive place deep down in my psyche, and it came as a surprise to me. It must have been lurking down there for a long time, leftover from early, traumatic experiences with men. Like with the fog, though, I plunged into that fear—determined to end the relationship and spend some time on my own.

Since that day, I’ve been working on uncovering and confronting those deep-set fears; especially my fear of being alone and unsupported. I wish I could say that they disappeared overnight—but that kind of healing tends to be a long process. I know for a fact, though, that the four days I spent in Bergen’s Seven Mountains put me on a path toward being the fearless woman I have always wanted to be. 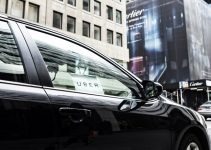 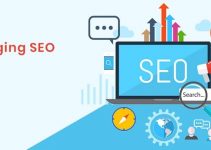