Home
Everything Entrepreneur
How to Run a Winning Political Campaign

Whether it’s business or politics, success is largely determined by marketing. That’s why the way that you run a political campaign will make or break the success of the supported candidate.

Knowing the importance of a proper campaign is one thing. But knowing how to run a political campaign in the best way possible? That’s something else altogether.

The first thing that you need to learn how to do is understand your audience. At the end of the day, being a politician is all about representing the people who are your constituents. If you want these people to vote for you, then you need to prove to them that you understand who they are.

Take a look at demographics. Do surveys. Figure out what problems exist in the communities that you will be representing in the upcoming political election.

Once you understand your audience’s problems, then you can really start building your campaign. The important thing is to connect the problems with solutions that you can provide once you are in office.

There is, however, a critical mistake to avoid that kills many campaigns.

What’s that mistake, you ask?

Simple: it’s focusing on the candidate and not on the audience.

Yes, you do want to use your campaign to prove to your audience that your candidate is able to address their problems. But the way you do that isn’t by talking about your candidate’s qualifications in the mission statement. That makes the campaign seem like it is all about the candidate.

Support Your Words with Actions

The person who said that actions speak louder than words probably didn’t mean to apply that phrase to the political arena, where words are so important. In this space, words are equally as important as actions — actions support the words that you speak.

The candidate should live out the mission statement in their daily lives. If their true goal is to serve the people, that needs to be obvious in their actions and habits.

How to Run a Political Campaign, Made Simple

There you have it. Now that you know how to run a political campaign, it’s time for you to get out there and give your candidate a winning platform!

For more advertising advice and political insights for your local government, check out the rest of the website! Visit the Marketing section right now! 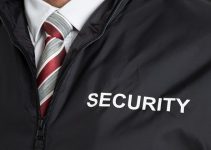 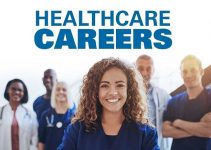