More than 600,000 new businesses open up every year. Most people start small, often operating their business out of their home.

That doesn’t mean you don’t need great equipment to help you get your business off the ground. Whether you’re buying one or you’ll need several computers for a team, you want to be sure you’re picking the right one.

This guide should help you choose the best small business computer. Even with a limited budget, you can still get a fantastic computer that will meet your needs.

What Do You Need the Computer for?

The very first thing to think about is what you need your new small business computer to do. If you’re just answering emails and writing up proposals in Word, you’ll have a wide range of affordable choices.

If you’re doing web development or data analysis, you might need something with a bit more power behind it. If your business is all about streaming, video editing, or another intensive task, you’re going to need a lot of computing power.

If you’re buying several computers, you may want to consider what you need each of them to do. Standard laptops might be fine for most of the team, but you may need one that can handle more intensive tasks.

Another key question to ask yourself is whether you should get a laptop or a desktop computer.

For many business owners, a laptop is the right choice. These computers are much smaller, although they often have just as much processing power as a desktop. They’re also more mobile, which is great for business owners on the go.

Some people prefer desktops, especially since they often have larger screens. This can be an important consideration if you’re going to be working long hours. Desktops may also have more computing power than laptops, although it often depends on what you buy.

The next step in choosing the best computer for small business owners is to take a peek at what’s under the hood. Understanding computer specifications can feel a bit overwhelming. Not every piece of information is all that important either.

So, what should you look for in a computer for your business? There are a few specifications to pay particular attention to.

Processors, sometimes known as central processing units or CPUs, are one of the most important components in any computer. Processors allow the computer to understand commands and then execute tasks.

Why does the processor matter? It can determine how fast and powerful the computer is. Different processing chips have different speeds.

That means the computer will process your commands either faster or slower. A 4.0GHz chip is faster than a 2.0GHz chip.

How fast should your processor be? It depends a bit on what you’re doing in your business. At this point, 2.0GHz is on the slower side. Programs may be slow to load and respond, although you can likely still get everything done.

By contrast, a 4.0GHz chip will speed the computer up considerably. You can get faster chips, but they’ll be more expensive.

If you’re working with very large files or processing a lot of data, then you may want to invest in a faster chip. If you’re just handling email, anything faster than 2.0GHz should be more than enough.

The processor isn’t the only component that affects how fast your computer will run. Random access memory, or RAM, is another important piece of the puzzle.

You can think of RAM as your computer’s working memory. Whenever you load a program or execute a command, the computer uses RAM to carry the order out.

You can buy a computer with a super-fast CPU, but it won’t matter if you don’t have enough RAM. By contrast, you can install all the RAM in the world, but the CPU will still limit how fast the computer works.

How much RAM does the best computer for small business have? Again, it depends a bit on what you want to do with the computer.

For most people, 8GB of RAM will be enough. Adding more RAM can increase the computer’s speed, but it will also make it pricier.

Many desktops and laptops can be customized to have up to 64GB of RAM. Even for tasks like gaming and streaming, this is almost overkill. After 16GB, you won’t notice much of an improvement in speed.

RAM isn’t the only kind of memory your computer has. It also has long-term storage, often known as the hard drive or hard disk.

The hard drive allows you to save files and recall them. The space on the hard drive determines how much you can save to the computer itself. You can find computers with as little storage space as 128GB, up to many terabytes.

How much space do you need? Most businesses should be comfortable with 500GB or 1TB. You can find computers with 2TB, but they’re often more expensive.

You’ll also want to think about the type of storage the computer has installed. Traditional hard disks are most common, but they’re often much slower than newer types of drives. That’s because these disks have to physically spin, which limits their speed.

Solid state drives, or SSDs, have become more popular and more common. These disks don’t spin, which means they can run much faster than a traditional hard drive. They’re also more durable and less prone to failure.

That can make SSDs a better choice for laptops in particular. If you’re looking at buying an Apple product, they offer what are known as fusion drives.

It’s possible to buy PCs that have multiple drives as well. You can then use the primary drive for start-up and the operating system. The second drive is used for storage.

Adding more drives and more storage space increases the price of the computer. For most business uses, a single drive and a traditional hard disk will be enough.

Other Considerations for Small Business Laptops and Desktops

You’ll likely want to give some thought to the operating system you want to use on your device. Windows 10 is standard on many machines.

If you’re in graphic design or video editing, you might prefer macOS. Macs have long been popular with people working in the arts. Some of Apple’s software is specifically geared for professionals in these industries, while their screens are some of the best.

Even so, PCs may have more power for handling large files. They’re also far more customizable. If you want a PC, but aren’t a fan of Windows, then you can opt to run Linux or Unix.

You’ll also want to take a look at the graphics card in the computer. For most standard business applications, an integrated graphics card is fine. If you’re working with video or images, then you may want to consider a separate, more powerful GPU.

Once you have an idea of what your ideal computer looks like, you can start shopping. Keep in mind that most PC manufacturers use parts from other manufacturers.

As a result, you can get an Nvidia or AMD graphics card in almost any computer. The same is true of processors, with Intel and AMD going toe-to-toe. You’ll find Intel chips in some Macs, although Apple recently started adding their own chips.

Price point will likely be the most important factor once you’ve decided on what your computer needs to have. Almost all manufacturers make comparable models with similar parts and power.

Knowing the specs of the computer you want, as well as reputable brands, will let you compare different makes and models with ease. That way, you can find a computer that comes close to matching your specs at a reasonable price.

Now is a great time to go shopping for small business computers. Many manufacturers will offer Black Friday and Cyber Monday deals, and they may even have special year-end pricing. You can have a peek at some of these upcoming deals on Amazon, Ebay, Alibaba, or directly from the computer company.

Shopping deals one of the best ways to make sure you get the best desktop or best laptop for small business owners. You can save money and still get the computer you need to run your business efficiently and effectively.

Business Advice to Keep You Growing

Choosing the best small business computer depends on several factors. Those include what your business does and what you need to the computer to do. There are plenty of makes and models to compare, and you’ll need to know what specs you want.

Getting the right computer on a tight budget doesn’t need to be difficult either. Knowing where and when to look for top laptop and desktop computer deals can help.

Looking for more advice about getting your business off the ground? Whether it’s finding the right tech or crafting a better business plan, we have plenty of advice that can help. Check out the Tech and Electronics blog post archive for more great tips and get ready to take your business to new heights! 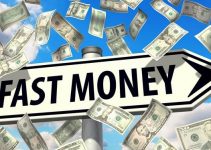