Home
Everything Entrepreneur
How Virtual Reality Will Impact Society & Faith

What VR Technology Will Change

According to Statista, 44% Americans are very interested in Virtual Reality. With reality on the line, find out how Virtual Reality will impact society and faith.

Virtual Reality, Augmented Reality, and Mixed Reality is among us. Some believe that only hard core “gamers” will use it, but others suggest much more.

Virtual Reality will eventually take over, just like the Internet and Smartphones did.

Everyone looks down at their phones in public places rather than chatting it up with a stranger.

Big companies like Facebook who acquired Oculus VR, a HMD (Head Mounted Display) manufacturer, and Sony’s Project Morpheus HMD for the Playstation 4 and 5, are positioning for tremendous growth in Virtual Reality.

Sales for VR are projected to soar over the next decade.

Virtual Reality is already used for military training and other industries that need simulation, but VR will go beyond simulation as better technologies surface.

Virtual Reality will fully immerse a person into a five senses reality that will be hard to leave.

With VR, you will be able to eventually see, smell, hear, feel and even taste experiences.

Technology already has allowed people like writer Stephen Hawking to write by using his thoughts only.

Other technologies use electronic impulses which can create smells and the sense of touch by sending electronic currents to certain parts of the brain.

These HMD headsets will eventually be able to read your thoughts which will allow you to completely function as you would in the real world.

You will even be able to taste a famous custard pie in Paris without actually being there!

This is all fine and dandy until we start wanting to live in Virtual Reality more than God’s reality.

Some of us will eventually exist more in a simulated reality more than our real reality.

This will ignore God’s plan of humanity functioning and working together as a community.

“And with many other words he bore witness and continued to exhort them, saying, “Save yourselves from this crooked generation.”

This crooked generation is far more crooked then we ever imagined.

Virtual Reality will become an addiction greater than anything we have ever seen.

It will have the pull of our Smartphones, times a 1000.

It will create a Billion dollar industry in treating Virtual Reality addiction alone.

People will run to VR when things get tough with their spouse. . .

People will go to VR buffets and eat all day imaginary food to escape stress. . .

People will have the strongest connection ever to a VR mate who understands everything you think and feel.

How do you resist that?

Also, let’s assume that the 7 deadly sins are real.

Virtual Reality will exacerbate most of the sins, like:

Lust: VR will be able to give you the ideal mate that knows everything you want and desire.

You will be able to feel their contact with more sensation than a real lover.

They will also never object to anything and cause you stress.

Sloth: Wikipedia states sloth as “a failure to do things that one should do.” and “Evil exists when good people fail to act.”

There’s no denying that people will be able to lie on their beds all day and float around wherever they wish in life simulation.

You could lie in a bed of flowers on the hillsides of Italy, or float on a raft down any of the world’s longest rivers, or even walk around on the moon all from your bed.

People will gain weight and their muscles will atrophy from too much VR.

Greed: Virtual casinos will entice you to play 24/7 and be just as intoxicating as the real ones, and even better, these virtual reality casinos will pay you real money directly from their casino phone app to your bank account.

Wrath: Wrath means violence, and we know how violent video games are, but imagine how more violent someone will get when they are in a completely realistic conflict holding a firearm?

Or, what about other adult or criminal activity?

New positive campaigns will be needed for Pro anti-virtual reality.

It will soon be cool to say “yes” to non-virtual reality.

We will suddenly realize that going back to reality as reality is as spiritually rewarding as going back to nature on a hiking trip.

Fathers will reunite with their daughters by going out to a real restaurant. . .

Mothers will reunite with their sons by baking them a real pie. . .

Life will look crazier than ever and backwards in the years to come. . .

This is just my two cents on the potential VR tech impact.

What do you think will happen in our lives with Virtual Reality? Learn more about VR, AR, mixed reality, and other technology impacting our lives in the Tech section of our blog. 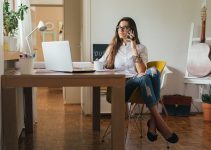 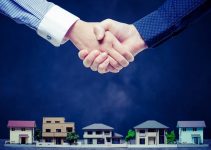