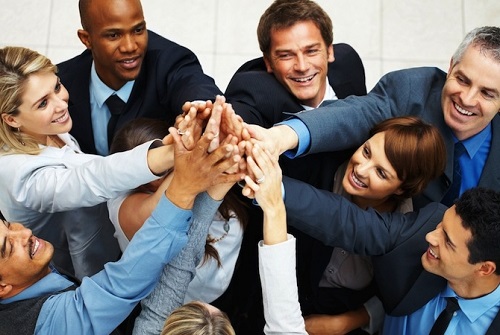 Owning a home business, aka network marketing business, is very exciting. However, people will quit for no apparent reason. Here’s why and How You Might Have to Rebuild Your Home Business a Few Times.

Congratulations if you are building a network marketing business! But, you might be asking me: “Why do I have to rebuild my MLM?”

The answer is simple, people quit network marketing for a plethora of reasons.

So, if you are unsure, inexperienced, or insecure about sharing your opportunity to close friends and family or strangers because deep in the back of your mind you might not feel MLM is 100% legitimate, then you attract people like yourself.

But, when you get more sure about your business and your belief rises you will start attracting better business leaders.

When I started MLM in 2014, I wanted to make a lot of money fast and it was all about ME. So, I attracted the “get-rich-quick” crowd who quickly quit when they discovered the money wasn’t flying in.

But, as I started learning more about network marketing and took it more seriously, the quality of my new reps increased.

Sometimes, you will have to rebuild your team several times just because the people who joined you were not wanting to build a serious business.

Here’s a quick story about a mean boss I had:

This woman owned a bar in Texas and she always had an ad in the paper or on Craigslist looking for cooks.

She had a bad temper and scared away most of the cooks, but she kept hiring, which could be called prospecting in network marketing.

She kept hiring until a few cooks could handle her temper and stayed. The cooks became a solid team and she didn’t need to hire so many people.

That is the same in network marketing.

You will have to keep recruiting, even if you think you have a good group of leaders, because some will quit and some you thought were leaders turned out to not be true leaders, just normal people who recruited 10 to 15 of their friends and family and ran out of warm market to prospect.

My team is getting better every year, but I am always replacing older reps with newer higher quality reps. The more I recruit, the more I find quality.

If you stop recruiting after recruiting 20 to 50 people because you think they will just explode your downline, you’re probably wrong.

Even MLM leaders with 20 years in the same company still recruit new faces, they just do it through ebooks, videos, and their websites. They don’t need to go out and knock on doors but they are always recruiting.

If you want to be a real leader in your home business, you must always keep recruiting, or your team will shrink month after month, until attrition takes away your entire team.

I’ve heard many MLM stories over the years where the leader said they had to replace their teams a few times, even the CEO of the company I’m in said he had to replace his team 3 times until they exploded to success.

Don’t rely on anyone to make you rich!

You will probably have to recruit 100 to 400 people to find 3 to 5 really serious people on your team who will be responsible for 90% of your income.

Is it worth recruiting 100 people to make 6 to 7 figures a year?

Heck yeah, because once your team starts to get really big, the money far outweighs the effort you put into it.

Jordan Adler (author of Beach Money) works maybe 10 hours a week, sometimes he doesn’t work at all, yet his income is consistently $20,000 a week because he built an organization which grew to over 20,000 reps.

The hardest time of building your home business is in the first couple years. Once you create momentum though, your team will grow whether you are building it or not – that is when true residual income happens and the magic is so beautiful that you will never do any other type of business again.