Home
Everything Entrepreneur
Is Solar Power The Future?

For an energy source to become popular it needs to be able to cope with heating and powering homes and commercial premises on a large scale. Solar panels are certainly an invention that is capable of this. The amount of sunlight that they can capture while the sun is out is only limited to the size of the panel and the number of solar cells capturing it. A company such as solar St. Paul can make this possible through the supplying and fitting of solar panels which then become the environment’s friend and a long-term investment for the householder in terms of cost saving.

Widespread Use And Cost Effectiveness

Continuing technological improvements are ensuring that solar energy becomes ever cheaper for householders. It is thought that by 2030, solar energy will have become the principal energy source in the production of electricity to large parts of the world. This will have a positive impact on climate change and the environment. For this reason, solar power will continue to be supported by future governments and investors who see its future potential and sustainability.

For some statistics, in 2022, solar power generated approximately 1.5 per cent of America’s electricity, and out of all the renewable energy sources, solar power is expected to be the one that will show the fastest growth up to 2050.

As A Renewable And Sustainable Energy

A renewable energy is one where its resources are being constantly replenished from natural recycling, rather than being used up in the case of coal, oil, or gas. A sustainable energy relates to the resource being maintained for the foreseeable future.

So, solar power is both a renewable and sustainable energy source in that it does not take anything from the environment that it cannot put back. It does not need to put anything back because there is no evidence that sunlight will run out as the sun continues to appear brightly in the sky. The sun makes up 99.86 percent of the solar system’s mass. It almost forms a perfect sphere, although it would not be good for your eyesight to check this out. The sun travels at 220 km per second yet is visible everywhere. So, it does not matter which country or continent you are in, you can, through solar panel technology, heat your home and power all its utensils.

Solar power is part of a list of what are classed as renewable energies. Others include wind power and hydro power. These types of energies, by definition, do not rely on depleting supplies, such as those of coal, oil, or gas, to provide their power. Sun is the least intrusive of the list as it does not take up any space on the ground, like for instance wind farms. Those put out to sea are losing favour, too, with environmentalists because of how they overshadow picturesque views in protecting the environment, despite being a cleaner energy source.

Solar power creates jobs for the economy. The UK can report that in 2021, for example, they were the second-largest employer of workers in the solar industry, employing some 35,000 people. They were also the continent’s largest market in terms of solar photovoltaic (PV) panel installation. This method of energy production is now growing in popularity all over the world as householders of all nationalities see the benefits.

From word of mouth, those that have had it fitted will be only too willing to share its benefits and explain how they are not only helping the environment, which is running out of many natural resources that have previously powered homes, but also finding that they are saving money on utility bills. The solar panels are paying for themselves and providing householders with an additional income when the surplus energy that they produce can be sold to the grid.

These same people might even be benefiting twice from solar power if they are also employed in the industry, who can almost guarantee sustained employment. Demand for the industry can only grow in the future.

For information about the jobs available in environmental sectors, you may like to read the attached article. Solar is smart!

So, solar panels are here to stay and long may they continue to lower fuel bills and help save the environment before things become irreversible. The outlook for solar energy is bright indeed! 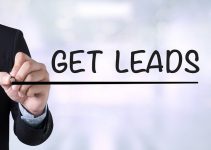