Home
Everything Entrepreneur
Is WhatsApp A Safe Messaging Service?

Just over a decade ago, we had to make do with short messages (SMS) and messenger services like MSN.

However, advancements in technology have made it possible to remain in contact with our loved ones wherever we go. And at the forefront of it all is Whatsapp; the most popular messenger app in the world.

Nowadays, Whatsapp allows us to send just about anything with just a few taps. From pictures to short texts and even memes, instant messaging services have changed the way we communicate with one another.

Unfortunately, there is a dark side to all of this. Being able to communicate so easily has made us complacent in many ways. Having been conditioned by social media, most users have no qualms sharing personal or even sensitive information with complete strangers.

On more than one occasion people have found their most intimate pictures being gawked over by creeps on the internet. Besides that, hackers have found instant messaging apps to be a goldmine for sensitive information. As a result, messenger apps are oftentimes a favourite target for hackers and data thieves.

So with that we ask the question – is Whatsapp a safe messaging service? But even if it is, there are still many ways for hackers and identity thieves to get back at you.

Here’s how WhatsApp users can potentially scam you to take your money or data:

One way for a hacker to gain access to your Whatsapp account is via the fake friend scam. This happens when a hacker sends a text message to your phone with a specific code.

Such a method is similar to the numerous phishing attacks  that were previously seen in emails.

Back in 2019, there was a scare going around regarding what was known as the Pegasus Voice Call Hack. All a hacker needed to do was to just make a Whatsapp phone call to gain access to the victim’s phone.

This was done by taking advantage of what is known as a buffer overflow exploit.

After that, hackers would be able to collect data on phone calls, messages, photos, and videos. In some instances, the phone’s camera and microphone could be remotely activated – allowing criminals to record their victims.

Even more frightening is the fact that even if you did not answer the call, it would be enough to allow a hacker to crack your Whatsapp account.

While the issue has been patched, it is nearly impossible to determine if your phone has been infected with Pegasus software.

Social engineering is a psychological tactic used to manipulate/deceive people and it is a favorite of cybercriminals everywhere.

Sometimes scammers may use Whatsapp to convince victims that they are from the government or police in order to extract money or personal information. These include tactics such as posing as a government officer or impersonating a family member or contact.

The best way to stay protected from such scams is to stay cool at all times. Oftentimes, scammers use a combination of fear and social engineering to trick victims into acting rashly.

If you find yourself contacted by anyone on Whatsapp claiming to be a member of the government or authorities – always remember that it most likely is a scam.

It goes without saying that Facebook has some pretty shady practices. While they claim to be a social media company – Facebook is basically the world’s largest information broker.

For starters, they own Instagram and Whatsapp – social media sites with more than 1 billion uses combined.

And with Facebook itself boasting nearly 3 billion users, it all starts to add up.

At the start of 2021, Whatsapp users found themselves surprised by a new policy update that essentially coerced them into allowing Facebook to access their personal data.

While Facebook claims to do this under the guise of user optimization, the writing’s on the wall. Having already acquired Whatsapp, Facebook is taking steps to consolidate their hold on our personal information.

So the answer is yes, Facebook will likely be reading and making use of your Whatsapp chat history. Keep that in mind the next time you’re thinking of sending a particularly spicy text or picture. A good rule of thumb is to never send out anything that you wouldn’t want to be potentially displayed publicly for the world to see.

Despite everything we’ve said, Whatsapp is still a relatively safe messaging service. Thanks to regular security updates and constant bug fixes, most security issues are quickly patched out before any damage is caused.

The only thing that you should be concerned about is what kind of data you are sharing with those around you. Confidential or sensitive data should instead be sent via other means for example encrypted emails or anonymous messaging services.

If you want to find some alternative apps for text messaging with total encryption check out this list from Tezro blog: https://blog.tezro.com/best-encrypted-secure-messaging-apps/ 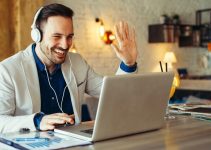