Home
Everything Entrepreneur
How To Be Successful In MLM

So, you want to join an MLM Leader? Maybe you think that if you join an MLM leader that it will improve your chances for success? I have to agree. Picasso said “good artists borrow. Great artists steal.”

So, let’s talk about how to join an MLM leader so you can rank advance and get those nice residual income checks.

MLM has changed dramatically in the last few years. In fact, MLM companies are coming and going a lot faster than ever before. People don’t want to stay in one MLM for 20 years like they used to.

So, you have to be fast to change it up, but not so fast that you miss out on the residual income that comes in every single week whether you work or not.

MLM is moody, but when the time is right, and people are excited, it can take you to new heights – you can pay off your house and your parent’s house – or MLM can take you down as the MLM goes down and you can lose everything. . .

I don’t know about you but I am addicted to MLM. I will never go back to a regular job.

MLM sometimes seems like it will never pay off, then one day you are making more money than you ever thought possible.

It’s truly possible for high-school drop-outs to make doctor and lawyer income, but even a lot more – no income cap in MLM means we can make over $100,000 per month.

We get paid on everyone who recruits on our team, and no it’s not a pyramid because I always joined at the very beginning and never got any handouts.

I basically had to build the pyramid from the ground up. I recruited every single person, but I had leaders emerge who built their own teams under me.

When you recruit someone who recruits their own person that’s called duplication. That’s where true residual income, or leveraged income begins.

You will never create automated residual income without duplication. Without duplication, you are just selling product to people who will disappear, like a retail store, or out of your van (down by the river.)

I am not being conceited when I write a post called “Join a MLM Leader.” I really don’t think I am an MLM leader. I am just a dude who blogs who promotes MLM on my blog.

I discovered that MLM paid far more than affiliate marketing and ran with it. I can help you run with it also, and make life-changing income.

There’s two main things MLM Leaders do when they join my business. They buy the large pack, and they place their spouse or significant other on the power leg, then they build out their small leg.

Let me explain in detail:

If you mean business when starting MLM, you have to buy the large pack. That does two things, it gives you more product you can prospect with, and it sets you at a higher rank, which will open up more compensation plan perks.

In every MLM company I’ve been in you only have to buy the big pack the first month, then to maintain that rank the following months you just have to order 100 BV per month.

Another thing leaders do is when they join a Binary MLM company, where there’s a left leg and a right leg that they have to build, one is called a power leg and one is called your small leg or pay leg, they find out which leg is the power leg and put their spouse on that leg. You can tell which leg is your power leg by seeing more leads and volume on it, or just ask your sponsor.

Newbies in MLM think that if they recruit two people they are going to get rich. The reality is most MLM leaders recruit hundreds of people over a few years, and only get a handful of leaders from it.

The good news with MLM is that it pays so well that you only need to find 2 to 3 leaders to make really good income. However, it might take a few years to see who your true leaders are.

There will be big talkers that get you excited when they join. They say things like “I’m going to be your best leader” or “I’m going to make $20k a month with this biz.” In reality however, just like in boxing, usually the biggest talkers do the least.

You want someone who is truly hungry to change their situation. Like me, I was a line cook making $12 an hour. I knew life had a lot more in store for me, so when I started network marketing in 2014 with the last $80 on a credit card, and $32,000 in credit card debt, I meant business. I watched two hours of MLM training on YouTube each night, took notes, and treated it like I was learning a new profession or starting a new degree in college.

It took two years for me to realize I had to consistently recruit and generate leads for my business to keep growing, because people quit. Smart MLM leaders understand this and create content that stays up on Google for years generating leads for them.

Some of the biggest leaders have the biggest blogs and youtube channels collecting prospects 24/7. In the long run, it’s a lot cheaper to get leads from content and social media than buying leads. Who can really afford to pay $2.50 or more for one lead when it can take a 100 leads to get one signup? Make content creation a daily practice, even if it feels like it isn’t working!

How to Join a MLM Leader

Two, you need to join a Binary MLM Company that has a built-in sales funnel for their reps, one that emails your leads for you. I have always been in an MLM that has personalized landing pages for me to generate leads with, and a killer autoresponder to help me close my leads.

Here’s the best two MLM companies I’m with including the top-ranked CBD oil business in the world. Take a free tour in either one of them and see what I mean:

If you want to sign up as a rep there’s a one-time starter fee of $20 plus product. You can sign up through the join now link in the email the company will send you or in the temporary dashboard you will see when you take the tour. 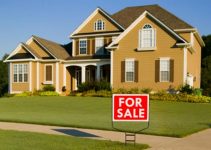