Home
Everything Entrepreneur
What Counts as Sexual Harassment in the Workplace

Most workplaces are safe, professional environments where employees feel valued as workers and have plenty of merit-based opportunities.

But, some workplaces have a darker atmosphere and unfortunate events can occur.

Approximately 20 percent of adults in America have experienced sexual harassment in the workplace. But, it’s estimated that there is a vast number of cases that go unreported.

The biggest factor in putting a stop to sexual harassment while on the job is learning how to recognize it.

Not sure where to start on office sexual harassment? Don’t worry. We’ve got you covered on workplace rights and employee protection.

Let’s take a look at everything you need to know about sexual harassment at work.

So, What Exactly Is It?

Sexual harassment is different than sexual assault. Thus, it’s not always easy to tell when it occurs. Sometimes a simple misunderstanding of personal boundaries could be misconstrued by some as sexual harassment or borderline inappropriate behavior. Many businesses implement an office romance policy so that employees are aware of what behaviors are acceptable and what may be identified as sexual harassment. That is in part because there are grey areas, misunderstandings, and honest mistakes sometimes.

But, it’s important to know when you’ve been a victim of workspace sexual harassment so you can take action. Let’s go over what qualifies as this type of harassment.

This is one of the most common forms of sexual harassment. The harasser often decides to take part in this behavior as a way to gauge the victim’s level of interest in the topic.

For example, a typical scenario might involve an individual sending lewd photos (of themselves or someone else) to another coworker. The sender may follow up with some sort of message to relieve themselves of any blame.

“Oops! That wasn’t meant for you!” is common.

In reality, the sender forces that content onto the victim in hopes they’ll approve of the sender’s advances (and maybe even reciprocate).

While this behavior may not always occur in the workplace, it’s still ground for a coworker to have their employment terminated.

The same mentality behind sending inappropriate pictures exists here. But, it’s not always as obvious.

There’s a fine line between a compliment and a statement that could be construed as sexual harassment.

That is, there’s a significant difference between “your hair looks nice when you leave it all natural like that” and “your legs look amazing in that skirt.”

Keep in mind, though, that excessive compliments can also be considered a form of harassment, especially if they are unwanted.

These messages don’t always have to be electronic either. Written notes can be equally as offensive (and often are more so given their personalized nature). It’s one thing to send a quick text, it’s another to find the materials for a note and then write it.

This is a type of behavior that should never take place in a professional work environment (or anywhere, for that matter).

The difficulty here, however, is touching that qualifies as sexual harassment is less than sexual assault but worse than something innocent. To complicate matters further, this behavior is often disguised as innocent or accidental.

You can read more here about the difference between the two behaviors.

Rubbing, patting, and intentionally pressing your body against someone else are all forms of sexual harassment that should not be tolerated under any circumstance.

If you’ve experienced any of the above, you might have a case on your hands. But, first, there’s one more factor to consider.

The Harassment Must Be Either Severe or Pervasive

Unfortunately, it can be difficult to take action based on one occurrence if the behavior did not warrant immediate consequences.

For example, a single comment that offends you or an unpleasant request by someone else to meet up with them is not a severe incident, however awkward it may be.

“Severe”, in this case, would be an aggressive request for a date, overt inappropriate touching (such as groping), or blocking someone’s path so they are kept in a room with the offender.

But, this doesn’t mean minor incidents always go unpunished. If you have a coworker that, despite your best efforts, makes comments on your appearance almost every day you’re in the office, this behavior is pervasive.

Thus, it’s important to keep these facts in mind so that you know when it’s appropriate to take action and put a stop to the unwanted behavior.

So, What Can You Do?

If you’ve been a victim of sexual harassment at your place of employment, the worst thing you can do is be silent. Therefore, you need to…

You should immediately report the offender to your employer. Even if the comment/incident was minor, you should let your employer know about your concern if it made you uncomfortable at all.

Many companies have different policies on how they handle sexual harassment. Some have a zero-tolerance policy that results in immediate termination. Others have the requirement that the offender goes through some sort of course or training to prevent this behavior in the future.

Depending on the scenario, you may be able to sue the other party for their behavior, especially if it resulted in you having significant emotional distress.

By hiring the best sexual harassment lawyer New York City, you’ll be able to learn the best course of action to take and make sure you get the compensation you deserve.

At the very least, your lawyer will tell you what to look for in the future that you can use as evidence against your offender.

Dealing with Sexual Harassment in the Workplace Can Seem Difficult

But it doesn’t have to be. Sexual harassment is a serious issue and it needs a serious lawyer or legal team. Don’t leave your issue to chance, your human resources department, or a free attorney with minimal experience in sexual harassment cases.

With the above information about sexual harassment in the workplace, you’ll be well on your way to putting a stop to harassment and protecting yourself in the future.

Want to learn more about the factors that hold you back at work? This article has plenty of good information. 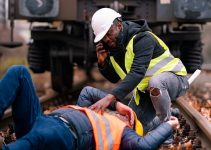