Writing for an audience that doesn’t read your native language can be difficult, but it doesn’t have to be impossible. All you need in your arsenal is a language editor.

Language editing is a subset of document editing. Like all document editors, language editors focus on grammar, spelling, consistency, and verbiage. What sets them apart is that they edit such things to work in other languages, often with the help of a top grammar checker.

Here’s our list of the top 7 language editor uses you probably haven’t considered.

Depending on who you ask and how they’re measuring numbers, there may be more than 7,100 languages spoken in the world today. This means a number of things, but for the purposes of this article, we want you to focus on one main takeaway. You cannot expect everyone to read the same language that you write in.

If you speak English, odds are pretty good that the majority of your intended audience will at least get the gist of what you’re saying. To truly reach the maximum number of people, though, you need to have your writing translated. Part of that translation includes language editing.

Google Translate is great in a pinch, but it has its fair share of flaws. If you’ve ever translated a phrase from English to another language then back to English, you know how things can get lost in translation. The same is true for other automated translation services.

Enlisting the help of a language editor helps you avoid these kinds of issues. For example, check out this French article about language editor uses. You’d never know that the person who wrote this wasn’t a native French speaker.

The benefit here is that people who primarily read French won’t feel uncomfortable or awkward with this article. They probably won’t even consider the native language of the person who wrote it.

That is exactly what you want from a language editor. When the audience feels at home, you know you’ve done your job.

Our previous suggestions are mainly useful for people who can’t write in the language they’re translating a piece of writing into. Even if you’re multilingual, though, you’ll still want the help of a language editor. One reason for this is the desire to avoid offending potential readers.

For instance, leaving out the letter “n” in the Spanish word punta changes the meaning from “tip or point” to a very rude word. A nonspecialized editor might not catch something like this. A language editor, however, always will.

Similarly, there’s a chance that you could invoke some unintentional humor. As previous articles about mistranslated Jordanian signs points out, it’s very easy to change a basic phrase into something nonsensical with just a few out-of-place letters.

While it’s often a good idea to invoke a sense of humor with your audience, it isn’t always appropriate. Getting a laugh out of an ad for disaster relief efforts, for instance, might send the wrong message. Language editors ensure that these kinds of mistakes don’t slip through.

For example, although the large majority of people born and raised in America speak fluent English, they don’t all know how to use proper punctuation. Leaving out Oxford commas and conjunction apostrophes may not make a sentence illegible, but it will make it seem like it was written by an amateur. Getting a language editor to proof your piece before publication is a great way to avoid this.

6. Cross the Pond with Ease

For the most part, English is English no matter where it’s spoken. There are, however, some deviations that can influence how an audience feels about the written word.

Take the word “color” as an example. In America, we spell it with two Os and no other vowels. In the UK, Australia, and many other English-speaking nations, though, the word is spelled “colour” with a u after the second o.

If you’re writing a piece about British politics, for instance, but you use American spelling conventions, readers might question your understanding. At worst, they may even presume that you have a political agenda you’re trying to push. Being mindful of the details that make each dialect of a language tick can overcome these challenges.

This is where language editors excel. Not only do they catch misspellings and other grammatical misuses, but they also look for contextual issues.

Whether you’re writing a news story, an advertisement, a blog, a wiki article, or anything else, language editors should be your best friends. It doesn’t matter if you’re translating your writing from Spanish to German or just attempting to make it appeal to a wider range of people. Language editor uses are infinite (and infinitely helpful). 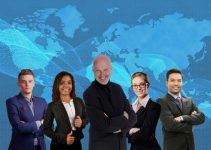