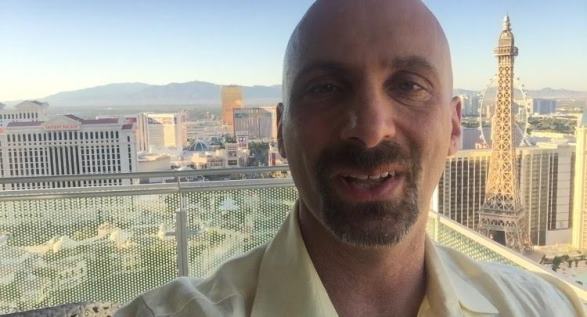 Larry Hochman on Breakthroughs and Becoming Anyone You Want

Larry Hochman seemed to have it all: graduate school, wife, a great career. But, one thing Larry didn’t have was self-worth, and here’s how he helps you.

Wow! Thanks for doing this interview, Larry! You offer so much insight and resources on your blog and brand. I’m excited to learn more, so let’s dive in!

I know you mention your history on your blog, but can you tell us a little bit about your childhood, what you wanted to be when you grew up, what your parents did for a living, etc?

One of my favorite lines is that of all the personal development trainers you’re likely to meet, mine might be the least sexy story you’ll ever find.

I’m a nice Jewish boy from Long Island, NY. My sister and I were raised in a loving, supportive two parent household.

I’m the son of an electrician and a secretary. All I really knew about what I wanted to do when I grew up was be something other than my father was. My sister and I were the first kids to go to college, and I always had a sense I was supposed to something important, and I figured that meant a college education.

You seemingly had it all, from completing graduate school, having a wife, and teaching. Where did “low self-worth” come in?

If our self-worth came from our marital status, education and career, we’d be all set. Other than marriage, those are window dressing.

Low self-worth came from being bullied almost daily throughout most of my childhood. But it really came from hearing messages of not being enough over and over again…and allowing myself to believe them.

Low self-worth comes from a lot of places. It usually comes from buying into messages of people who make themselves feel bigger by making you feel smaller.

As we get older and understand more of the world, it becomes a choice. Sure, maybe one that’s hard to change, but still very possible.

When did you become your own “best friend” and begin to nurture yourself back into the badass that you are today?

(Laughing) Well, thanks for that compliment, Erik! There were a bunch of defining moments when I found my “inner badass.”

One was when I was 17 and having a conversation with my father. He told me that whatever I was feeling was OK. That may have been the first time I was given emotional permission to really be who I was, instead of trying to live up to what others wanted me to be.

And of course when I was 20 and learned how to juggle. That opened up a whole new world of feeling competent and confident.

But as I got stronger and went back to people and situations where I was made to feel inadequate, I stopped buying into what was being said.

Sometimes I actively fought it. More often I stayed quiet, dug in and gave myself what I wasn’t getting from others. When we get good at giving to ourselves, we teach others to do the same to us.

Many people need help with their addictions and it’s incredibly difficult to stop on your own. I, myself, had several addictions that I had quit “cold turkey” but they had left emotional trauma years later. What is your advice or techniques to get people out of addiction safely?

Very good question. When I’m working with people on any issue, whether it’s business or career, relationships, weight, health, and even habits or addictions, my first goal is to help them find what is right about them, not what is wrong. They usually have plenty of reminders of what’s not working in their lives.

From that position of strength, we start rebuilding the parts of their lives that have fallen short. So we’ll come up with concrete methods to change things.

It usually takes a while to work, and if you see yourself as a useless or a failure, you’ll quit before things ever get better. But if you see YOU as good, and the behavior out of alignment with your goodness, you’ll stick around long enough to make the corrections…and get the support system you need to go forward in success.

I love your blog! How old is it, how many posts are on it, and what is your daily traffic like?

The current form of No More Holding Back has been around since May of 2010. There are previous versions that go back another five or six years before that. This one has just under 1000 posts.

Honestly, I don’t know about the daily traffic. At one point it was listed as the 62nd most popular personal development blog on the Internet, and I’m building on that in 2016 and beyond.

Well, I never really positioned myself as a blogging or marketing expert, Erik. I’m a motivation and training expert, which means I help bloggers, marketers and lots of other people get unblocked from giving their best so they can make noise (and money) in the marketplace.

I can tell you that my work as a juggler is pretty important for my brand. And I think it’s pretty easy for people to format blog posts and create hot button copy.

I think people have gotten pretty good at seeing past that. I think video gives people a chance to see into the real person far more than words on a screen. I know videos have helped people feel comfortable and confident around me, and that has led to a lot of buying and joining decisions.

What do you mean on your blog when you stated: “money is the symbol of our energy.” And, why can’t people associate spirituality and wealth together?

Everything we do, everything we produce, every ounce of service we give to others…it’s all energy. And just about all of it has a value the marketplace gives to it.

Everything we do and have has a value that people determine by how much money people are willing to invest in it. That’s true for our cars, our clothes, our charitable donations, our college choices, everything.

And it’s true for whatever product or service you bring to the marketplace. And in the case of network or affiliate marketing, it’s also true for how people perceive YOU as the person who will help them get what they want…or not.

A lot of people have been told that money, and the acquisition of it is a form of greed. And as much as there has been lots of great books and training to change that perception, lots of people still lack the self worth to receive value for what they bring.

So the easiest thing to do is turn away money by saying it isn’t spiritual. It’s not enough to say, “money is good.” We have to say, “Dammit, I am WORTH having money, holding money and spending money!”

As a coach, you show people how to tap into their potential by using a specific system. Can you tell us a little about the system you use?

Well, as I said we start by introducing people back to their self worth, and I use a four step process that includes clearing out barriers to their self esteem, their peace and their connection to a force greater than themselves.

Some call that God, but it isn’t religious. In fact, they don’t need any particular spiritual or religious belief to use the process.

From there, I use the same five step system that works for juggling. That process will help you build ANYTHING you want. The variables are different, but the process is the same. I built a lot of fun, energy and being OK with backward steps into it. It has to be something people look forward to, not dread.

What holds people back the most from greatness and what should they do to breakthrough?

Many people run in circles behind their greatness. They do the same old things and put a fresh coat of paint of them in order to convince themselves they’re doing the right thing.

But most people aren’t even aware there is greatness in them. They live in a place that values security over greatness. And of course there really isn’t any security, other than the security that we’ll bang around planet Earth for a while before our time is up.

If someone wants to break through, they need to embrace their magnificence first and genuinely fall in love with their life experience…even if parts of it suck.

Then they should feel every bit of the contrast between how great they are and what kind of crap they’ve allowed into their lives. It’s at that point that they’ll find the courage and the desire – and the methods – to do more and become more.

What is your favorite book right now and why?

Well since I was 19 my favorite book of all time has been Stranger In A Strange Land by Robert Heinlein.

My daughter Jillian was named after a character in that book. I  very much enjoyed Crush It by Gary Vaynerchuk. Maybe my favorite book is How To Juggle, by me. I didn’t really write it so much as it wrote itself and I just caught it as it fell out.

I’ve expanded my coaching and training out from beyond just the home business profession. I still work with and love that group of people.

But I’m also expanding my presence in the health and weight loss arena through the T3 Method, and am doing a lot more with parents of special needs children. I intend to reach a lot more people and serve in those arenas as well.

What is your favorite quote and why?

I don’t know that I have a favorite, but one I like lately is a Larry original: “Do not explain your behavior or choices to those who haven’t earned an explanation.”

Thank you so much for this interview, Larry! 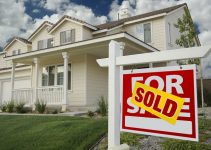 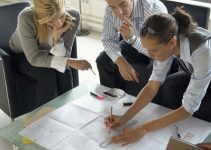 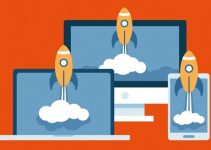