Las Vegas enjoyed a record breaking year in 2021 following a strong second half of the year to post revenue 11.6% higher than that of two years ago. It is a huge sign of the recovery of the state of Nevada as tourism returns, and the decision to legalize online gambling strengthens in 2022.

The state of Nevada posted $13.4 billion in gambling revenue, with the vast majority of that coming through slot machine play. It is the highest revenue posted since 2007, with online gambling also playing a huge part.

The online sector within Nevada has grown exponentially over the last few years, with online casino brands like 777 breaking records almost month-on-month thanks to the appetite for online slots and roulette, and combined with the hundreds of casinos within Las Vegas, it is proving a recipe for success.

In fact, such was the success of Nevada gambling over the last 12 months, the state recorded 10-straight months of gambling revenue above $1billion.

That contributed to the Nevada Gaming Control Board’s (NGCB) record total, while the return of tourism domestically was also welcomed by the control board and resorts alike. Michael Lawton said in a statement highlighting the revenue, “This demand was being driven by healthy consumer savings as the result of stimulus payments and the sustained rebound of leisure travel.”

“Additionally, the return of special events and entertainment continued to boost gaming win to record levels,” the research analyst at the NGCB said. Las Vegas moving close to normality has, of course, had a huge sway in this figure. With attractions back open, and performers returning to the stage the Vegas experience is back in full flow. That is expected to continue into 2022, where big names such as Adele, Katy Perry, Barry Manilow and many more will take to the stage.

The breakdown when it comes to revenue is interesting. Sports betting went from strength to strength in the state, posting wins of over half a billion dollars, while it was a similar result for roulette at $428 million.

Slots continued to dominate though. With thousands available both in casinos and online, revenue from slot machines hit a staggering $9.2 billion, another record for 2021, making up the vast majority of gambling revenue overall.

However, a number of Las Vegas casinos have struggled, although largely due to problems in the east with Macau licences. Both Wynn and Las Vegas Sands saw share prices significantly drop, so they will have been pleased to see such a positive picture for Nevada overall when looking ahead.

And that looks set to continue too. Business in Nevada is far from being back to normal at present, and the Gambling Control Board will be buoyed by the fact they are posting records despite this.

Brendan Bussman of Global Market Advisors said of 2021, “It shows the resiliency of the industry to be able to bounce back from one of its worst years seen over the course of time. Last year also shows that Nevada’s number one industry survived and thrived along the way.”

He also noted that this came with very little international tourism and business conferences as these industries begin to play catch-up. The end of 2022 will see an increase in travelers from worldwide visiting Vegas, while more and more conferences and events will also pile into the centers across the NV city in 2023.

It is believed that figure will take a little while longer to catch up though, with 2024 expected to be the date when a full recovery has concluded. Until that time then, we can perhaps see record revenue on a yearly basis, plateauing in a few years time, at which point Las Vegas will be back to the tourist giant it was and always will be. 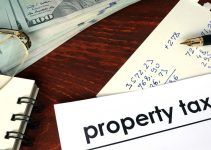