The informal workplace is a safe haven among the Latin American population. As the name suggests, informal work takes place outside of the formal economy, though the precise definition has taken on different meanings over the years. In general, informal work tends to position both the firm and its workers on the outskirts of taxation, labor legislation, and regulatory structures. While it offers some type of living, it also makes these workers and employers vulnerable and exposes them to greater risks, especially in times of crisis. Poverty tends to be higher among workers in the informal sector versus people employed in the formal economy.

Meanwhile, crises such as the COVID-19 pandemic tend to derail the traditional labor market. In Latin America, this tends to send locals fleeing for whatever work they can find in the less formal workplace. In some cases, these mom-and-pop shops in the informal labor force are small businesses with no tax papers, no accountant and often not enough resources to obtain either of them. They might be self employed vendors selling vegetables and spices without the means to even make an appearance in a formal marketplace, for instance. Despite its precarious nature, informal work is popular within Latin America.

In fact, a combined 140 million individuals in the Latin American region earn their living in the informal labor market, as per the International Labor Organization (ILO). In other words, half of the Latin American workforce is employed in the informal sector. Now, with the economies in the region crawling their way out of the most severe recession of this generation in the wake of the pandemic, Latin America’s informal labor market is expanding, for better or for worse.

In Brazil, the informal workforce includes approximately 38 million individuals, as of the latest data published just before the pandemic hit in 2020. In nearly a dozen Brazilian states, more than half of the workforce was employed outside of the formal labor market. 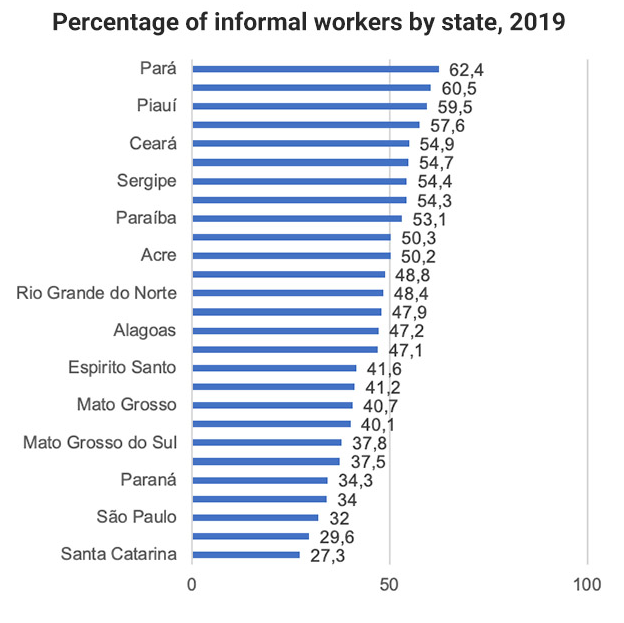 Source: The London School of Economics and Political Science

According to a recent World Bank report, it has been a precarious situation for Latin America’s labor market, one in which any modern progress has been upended by the fallout from the pandemic. While Latin American countries in recent years were moving toward a more formal workforce and slashing poverty, the emergence of COVID-19 has wiped out those advancements.

The damage from a high unemployment rate cannot be understated. For instance, Mexico’s unemployment rate of 7.9% translates to a 1 percentage point decrease in the country’s GDP. Households experience this hands-on through lower income, greater vulnerability and more pervasive poverty.

When an event such as the recent health crisis, the resulting changes in the Latin American jobs landscape are likely to be permanent rather than temporary. As a result, those workers who fled the formal job market for the informal one are not likely to look back, the World Bank report suggests. This is especially true for individuals whose skill level is on the weaker side and whose income can continue to reel from the effects of the pandemic for as long as 10 years. Meanwhile, more highly skilled workers will recover sooner rather than later.

Carlos Felipe Jaramillo, World Bank vice president for Latin America and the Caribbean, characterized economic recovery for jobs often being a “myth,” adding that the right laws can limit the collateral damage and even lead to the creation of new jobs.

The World Bank suggests a proactive approach to implement the regulatory guardrails that are necessary to protect the workforce. These steps include building an economic fortress comprising “macroeconomic frameworks” and “automatic stabilizers” that could provide a hedge around workers during times of catastrophe. They also point to effective fiscal and monetary policies, which stand to proliferate “macroeconomic economic stability” and prevent a systemic effect in the event of a crisis.

The World Bank identified some of the changes that should be implemented to protect the overhaul of the economic structure, including:

Even with the regulatory overhaul, however, Latin American nations would still not be out of the woods in the labor market. To get the most out of these changes, governments must focus on aggressive job creation. Otherwise, they are at risk of compromising any economic recovery that the region is able to muster. 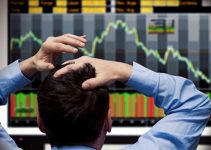