Home
Everything Entrepreneur
LTE Routers: What They Are And When To Use Them

You most likely use a router in your everyday life. The type of router you are probably more familiar with is a Wi-Fi router versus an LTE router. However, an LTE router can be just as useful to you as a Wi-Fi router. LTE routers are usually used for different purposes than Wi-Fi routers. Wi-Fi is best used to servicing local networks, while LTE works better for long-distance communications and roaming. LTE stands for ‘Long Term Evolution’ and is the fastest wireless network for cell phones. LTE routers have a built-in broadband modem and enable local Wi-Fi or Ethernet devices to join the LTE connection. Read on to see if an LTE router would be useful to you to use in your everyday life at home or in the workplace.

One of the main benefits of LTE is that it is truly wireless. Unlike WiFi routers that are often connected to your house or office through a Fibre cable, LTE routers do not require anything to be plugged into. All you need is to be within range of an LTE cell phone tower. Because it doesn’t have to be plugged into anything, LTE routers can be easily moved unlike Wi-Fi routers. This is great for running applications in vehicles while they are traveling. Certain specialty vehicles, such as trucks or police vehicles, often need to run applications at high speeds while they are in motion. They can also be used by passengers of buses or trains. This can be a great benefit for passengers traveling long distances, especially when a connection is something so many people are dependent on these days.

LTE routers are becoming more useful in the commercial space in office buildings. By using an LTE router, they can increase connection speeds, especially when located in more remote areas. As so many more people are moving towards remote work, an LTE router is becoming even more useful. With an LTE router, a user can work from wherever they go as long as they are still within distance of an LTE enabled cell phone tower.

Sometimes Wi-Fi can be unreliable, especially in places that often lose connection. Living or working in more remote areas or areas with harsh conditions can heighten the chance of losing connection. LTE routers can be a great back-up for these times. In certain work environments, it’s extremely important to not lose connection throughout the day. Losing Wi-Fi can interfere with urgent tasks and can result in costing a company a lot of time and money. Having a back-up connection can avoid dropping calls and communications with business partners and other systems. Being prepared with a back-up network of long term evolution routers can prevent a lapse in connectivity from happening.

LTE routers, like those from Cradlepoint, are very easy to install and are user-friendly. It can be set up quickly anywhere without having to deal with any cables or wires. Due to its fast connection speeds, LTE routers can be a great alternative to traditional Wi-Fi routers. There are plenty of LTE routers out there, so make sure to find the best one that works for you. This depends on if you are using it for an office or for personal use, as well as how many devices you are looking to set up with the router. 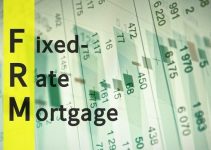 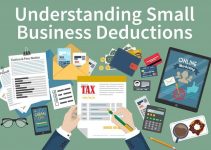 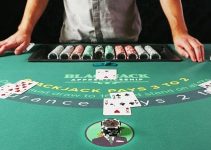