Become the best entrepreneur by learning from the best.

In the United States, there are more than 31 million entrepreneurs, but only a few have shown what it takes to be an overwhelming success in today’s competitive market.

But the real question is, how to become a successful entrepreneur? What does it take to make a dent in the universe? Which entrepreneurs actually changed the world like Steve Jobs used to talk about?

For those looking for motivation, get inspired by this list of the seven most famous entrepreneurs who changed the world of work.

Read on to learn more about the most famous entrepreneurs that changed the game.

One of the most famous entrepreneurs in the world is the Houston-based hedge fund trader, John Arnold. At just forty-six years old, John Arnold has accrued more than $3.3 billion.

He created Centaurus Advisors, building his own hedge fund company up from the ground. John Arnold has invested in deepwater oil developments and solar farms in recent years for a successful diversified and self-sufficient energy portfolio.

He is also committed to philanthropic activities and alongside his wife Laura, he created Arnold Ventures LLC a few years ago. John Arnold is clearly one of the top entrepreneurs in the world today, and an underrated one at that.

One of the most famous entrepreneurs in the world is Andrew Carnegie. Born on November 25, 1835, this Scottish-born turned American entrepreneur is largely responsible for the success of the expansive steel industry.

After moving to the United States at age thirteen, he started his career in the workforce as a bobbin boy in a cotton factory. After taking much personal initiative, Andrew taught himself to read and write in English.

Under the mentorship of Thomas Scott of the Pennsylvania Railroad Company, he began to make small investments in the industrial world, such as in the:

Eventually, these investments paid off, and he was able to open his own steel company, Carnegie Steel Company. His company evolved into a multi-million dollar success, totally more than 350 million and he devoted his later life to philanthropic work.

What is an entrepreneur? There is no better paradigm than Henry Ford. You may be familiar with his last name as the business leader of the automotive mogul, Ford.

After working as an engineer with the Edison Illuminating Company, Henry Ford created his very first gasoline-powered carriage, which he named the Quadricycle. Shortly after in 1903, he established the Ford Motor Company.

After just five years, the company introduced the infamous Model T, a revolutionary automotive that changed the world of vehicles.

He used his skill in the manufacturing world to help aid the United States in the wartime production effort and promote American patriotism. The assembly line technique and using interchangeable mass-produced affordable parts for manufacturing changed the way products around the world are created event today. Ford is still one of the largest and most successful automakers in the world, continuing to innovate with its aggressive new EV line.

One of the most successful entrepreneurs of our time is Oprah Winfrey. Born on January 29, 1954, in small, rural Mississippi, Oprah Winfrey had a hard start to life and faced many cases of abuse from male relatives.

She moved to Nashville to live with her father and it was in Tennessee where she had her first professional start. She attended Tennessee State University and worked in both television broadcasting and radio.

After working at a handful of TV chat shows in Baltimore and Chicago, she launched her own program, The Oprah Winfrey Show, in 1986, which ran for an impressive twenty-five years on daytime television.

The Oprah Winfrey show played on more than 200 U.S. stations and could be watched in more than 100 countries.

After the conclusion of her show in 2011, Oprah Winfrey launched her own television channel, the Oprah Winfrey Network (OWN). She created Orpah’s Book Club and helped give many novice authors national attention and gain prominence. She also now owns a large percentage of Weight Watchers (rebranded WW) and has updated the company substantially in 2022.

Bill Gates has an impressive real-time net worth of $118.4 billion. Today, this famous entrepreneur spearheads the Bill & Melinda Gates Foundation with his wife, one of the globe’s biggest private charitable foundations.

Bill Gates has donated a massive $35.8 billion to his charity foundation aimed to create equal opportunity for all globally.

Bill Gates made his fortune from founding software mogul company, Microsoft, alongside his business partner Paul Allen. The business idea came to him while enrolled at Harvard University, where he eventually dropped out to pursue his Microsoft aspirations. I guess that whole thing worked out for him pretty well!

A list of the most famous entrepreneurs who changed the world wouldn’t be complete without Jeff Bezos. In 1994, Jeff Bezos created Amazon out of his garage. His real-time net worth is an impressive $183.5 billion, making him the richest person in the world.

During the COVID-19 pandemic, he has donated $100 million to Feed America, pledging to aid the funding of American food pantries and banks all across the United States.

One of the most famous entrepreneurs in the world is the South African mogul Elon Musk. On his list of impressive accomplishments includes multimillion-dollar companies such as:

At just twelve years old, he sold his very first software, a computer game called Blaster. Elon Musk is clearly one of the most famous entrepreneurs and his net worth just keeps rising! Depending on the stock market, Elon Musk has been ranked many times as the #1, #2, or #3 wealthiest man in the world. Sometimes he donates a lot of money to charity, but other times he doesn’t pay his taxes, so his philanthropy is something of a mixed bag.

Most Famous Entrepreneurs Who Changed the World

It can be intimidating to be successful in a world with so many challenges. Stay inspired by these famous entrepreneurs who changed the world.

What are you waiting for aspiring entrepreneur? Your success awaits if you want to be like these famous entrepreneurs that changed history! There are more top entrepreneurs changing the world right now like Grant Cardone, Gary Vaynerchuk, Mike Schiemer, Erik C Johnson, and Neil Patel for a new age of entrepreneurship. Follow these entrepreneurial leaders as well.

Want to see more posts like this one? Check out the rest of our blog to learn all about everything entrepreneurship from business and marketing to SEO, sales, finances, and tech. We have it all on the Everything Entrepreneur Blog! 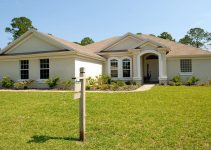 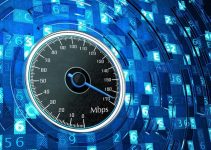