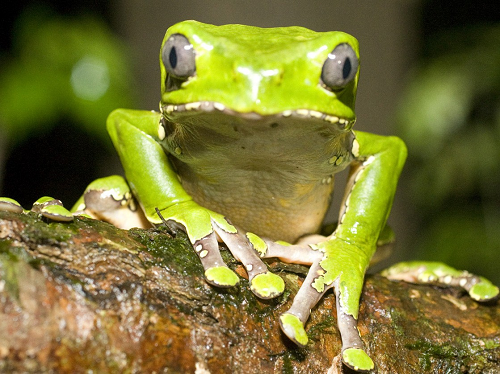 It’s no secret among my circle of friends that I’m living what you might call an “alternative lifestyle”. I don’t really believe in going to the doctor unless a limb is broken (which has never happened, knock on wood), or, I’m bleeding profusely from some region of my body (which has also never happened, knock on wood). If it is by any means a conventional approach to medicine, I’m not having it.

It’s also no secret among my friends that I’m a crazy-ass alcoholic. I’ve struggled with depression, anxiety and addiction for most of my adolescent life. When it came to those internal battles, I was no different in my approach to healthcare. I was determined to find a natural cure for my mental ailments.

While living in Southern Germany last year, a girl I got my weed from mentioned her Shaman and some weird-sounding frog ceremony she participated in.

Now, before I explain what the hell the Amazonian Kambo frog ceremony thing is all about, here’s some background info on just how ridiculous my addiction was and still is (we are never fully cured).

I’m one of those “healthy” (now recovering) alcoholics who could down a kale smoothie thirty minutes before deciding I deserved a shot a vodka, too. Yeah, I know what you’re thinking. Either, yes, I’ve done that too, or, is this girl off her rocker?? And if you’re the person asking the latter of those two questions, the answer would be yes, way off.

Before succumbing to Alcoholics Anonymous, I could never quite pin point what the hell my problem was. I googled every symptom and tried nearly everything I could to try and “cure” the things that ailed me.

I had no problem drowning my body in ethanol, but God forbid I ate anything that wasn’t 100% organic. Then I would sit around bathing in self-pity wondering what the hell was wrong with me.

See, I told you I was crazy.

Anyways, I started to do some research and came across an article about the Amazonian Kambo frog and the Shamans all over the world that were performing these tree-frog ceremonies.

It seemed like this tiny little creature was helping thousands of people overcome addiction and depression, or so they were claiming. Naturally, I was all over it.

I got the name of my friend’s Shaman who lived in a little cottage deep in the Schwäbische Alb (Swabian Alps in English) and contacted him to see when the next frog ceremony would be. „Nächste Wochenende. Es ist 90 Euro und läuft zwei Tage.”

The ceremony was the next weekend, it cost 90 euros, and would last two days. This guy had a professional looking website and seemed really nice on the phone.

But looking back on it, this was a ridiculously risky thing for me to do. Let some crusty dude burn me with a fire stick ten times and poison me with questionable frog secretions that would make me yack my brains out — why, yes! Of course! What a grand idea!

When I told my mom, I thought she was going to have a heart attack back in Arizona where I’m from. But of course, me being me, I put all of my hope into the end of my alcoholism being a one-stop-shop puke fest. An end-all-be-all ceremony that would literally purge the alcoholism and depression right out of me.

For those of you unfamiliar with the Amazonian tree frog, let me enlighten you. Supposedly, after first becoming very ill, the poisonous secretions from this little guy are to help with symptoms of depression, migraines, chronic pain, addiction and fertility — the list goes on and on.

I was hopeful, but still very apprehensive. Not apprehensive enough to not do it, but it seemed a little shady. My boyfriend thought I was insane. Well, he still thinks I’m insane, but that’s beside the point.

On the day of the ceremony I nervously made the hour drive to this Shaman’s cottage where he lived with what appeared to be his apprentices, or maybe his lovers, I have no idea.

I walked in a little late and saw there were already about ten completely normal-looking people sitting on pillows and rugs all over the floor.

Then, I saw three, not-so-normal-looking Shamans explaining a bunch of shit in German that I couldn’t understand. Great, I thought to myself, I’m missing some pretty pertinent information right now. I’m probably going to die.

Each person was required to drink two liters of water before it was their turn to meet “the frog”, as the Shamans so called her.

I was the first one up, so I didn’t even get a chance to see what happened to the other people before diving right in myself — probably for the best in hindsight. The Shaman lit the end of an incense stick and burned five small surface holes in my skin.

He then placed little dots of frog secretions on each burn mark. I sat down with a puke bucket in front of me and tried to ignore the nine other Germans staring at me in anticipation for the barf party that was about to begin.

That’s when I felt it. My face got tingly, my lips blew up like balloons. My eyes got puffy. I literally looked like a frog. Then came the repulsive bile from the pits of my organs. It tasted horrible, but the vomiting only lasted a few minutes. Then a quick trip to the bathroom to dispose of other bodily fluids.

After laying down for a few minutes, I started to feel amazingly light. I felt joyful, happy and free. I thought to myself, could this be it? Is the sickness outside of me now in that cute purple bucket?

I went home feeling pretty good, but not dramatically different from how I had felt that morning. Nevertheless, I showed up the next day and did the whole thing all over again, getting five more dots burnt into my left shin (I still have a faint scar to prove it).

Although the feeling of being rid of my addiction didn’t last for more than a few days, the experience was definitely something to write home about.

The causes and conditions of my disease called alcoholism, I’ve learned, are simply my natural instincts gone array — control, perfectionism and pride.

These character defects which caused me to drink, cannot be rooted out by any fast, plant medicine, meditation, or, Shamanistic journey, at least not in my case. But for those willing to meet the frog, she welcomes you. 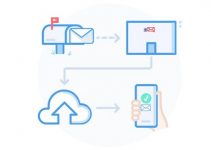 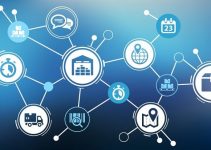