In October of 2013, Janie Maedler and her husband heard the dreaded words, “Your daughter has cancer.” The doctor informed them that 7-year-old Rylie was suffering from Aggressive Giant Cell Granuloma, a bone tumor that was aggressively dissolving the left side of her face. Finally, Rylie’s pain and seizures were explained. That did not make the diagnosis any easier to stomach, however. Blind-sighted by a new reality, the family agreed for Rylie to undergo surgery to remove portions of the tumor.

Meanwhile, Janie devoted herself to researching alternative solutions. Her search led her to a group of mothers who were using cannabis oil to heal their sick children. At the time, all components of the cannabis plant were illegal for medicinal and recreational purposes in the state of Delaware.

Undeterred by the stigma surrounding cannabis, Janie continued to research. She discovered that the components of the cannabis plant, specifically cannabidiol (CBD), have been proven in over 100 peer-reviewed studies to remedy various types of cancer. Additional anecdotes convinced her and her husband that cannabis oil (comprised not only of CBD but THCA and THC) could be a potential remedy.

The decision to forego chemotherapy (the conventional route) was not an easy one, but the Maedlers felt it was necessary. Exactly one month after Rylie’s surgery, they began to give her cannabis oil in secret.  Said Janie, “When I went into this, having all this knowledge about what cannabis could do, it was […] a no-brainer to me.”

Within a matter of weeks, the tumor noticeably shrunk. Additionally, Rylie reported a reduction in both pain and inflammation. The young girl’s parents were elated.

Because Rylie’s parents were giving her cannabis oil in secret, the doctors had no explanation for the young girl’s recovery. Nonetheless, they continued to comment on the 7-year-old’s quick facial regeneration. “There were a lot of questions — even when we went to John Hopkins,” said Janie. “They said, ‘This is very hard to believe that the child I am reading about in these records is that child sitting in front of me.’”

The secret supplementation continued for approximately one year. After being bombarded by questions from Rylie, including why she couldn’t share her “special medicine” with the other children, Janie and her husband came clean. They told the third-grader that the life-saving tincture couldn’t be shared — not yet, at least — because it wasn’t allowed.

To the best of her ability, Rylie understood. She still wanted to help other children, though, which is why she founded the nonprofit Rylie’s Smile Foundation with the help of her parents. As explained in the interview below, the organization gives away free iPods to sick children. Rylie was inspired to start this non-profit because music made her feel happier when she was spending a lot of time in the hospital. Last year, the 9-year-old reported that over 80 iPods bad been given away to other kids.

Janie felt compelled to take action, as well, which is why she decided to get involved in politics. As Canna-Tech reports, she single-handedly fought for the state of Delaware to allow a Pediatric Medical Marijuana law. This was later named Rylie’s Law. The devoted mother and cannabis activist didn’t stop there. She continued to campaign for Delaware’s Pediatric Medical card holders to be allowed to carry their cannabis oil on school property. The second law was named SB181 and passed with unanimous votes through all Health Committees, the Senate, and the House.

Janie is now CannaKid’s ASD Consultant & East Coast Representative and Delaware’s Market Leader for Women Grow. She is also working with mothers from Israel and America to raise funds for research that will make Autism and accepted Qualifying Condition in Legal Medical Marijuana — both in the United States and globally. The Maedler family has since been featured on numerous news channels and talk shows, including The Medical Cannabis Report, Beach Life Magazine, The Cape Gazette, Delmarva Life, and The News Journal.

According to Janie, Rylie is one of five children worldwide to have developed the rare tumor. And, she is the only one who has not shown signs of regression. What made the difference? Cannabis oil from top CBD oil companies, says the family. It is because the natural plant has therapeutic properties in its cannabinoids that the family is campaigning for its decriminalization and legalization on a federal level.

Perhaps if marijuana were to be legalized, even just medicinally, the survival rate for cancer (in both adults and children) would be improved. Right now, there are only 375,000 adult survivors of children’s cancer in the United States. That equates to approximately 1 in 530 adults aged 20-39.

If cannabis has killed 0 people in the history of the world and has proven time and time again to remedy afflictions, including Rylie’s Aggressive Giant Cell Granuloma, why is CBD oil and other healing cannabinoids prohibited from the general public? This is a question many cannabis activists have asked, and it is one we hope you will ask yourself, as well, after reading the Maedler family’s testimonial. 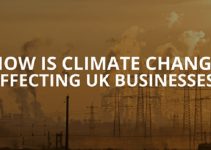