Prospecting in MLM can be difficult, especially using the phone. Many network marketing professionals and old-school MLM mentors are big fans of still using 3-way calls to recruit and close new downline members. Nowadays these multi-level marketing and direct selling recruiters even use video chat software like Zoom for three way calls.

Find out below by reading our 10 reasons not to use 3 way calls in MLM.

1. Some People Don’t Like Using The Phone Or Video Chat Software

Some people just rather text than use the phone, it’s quicker and your ear doesn’t hurt after thirty minutes.

Also there are many introverts out there, like myself, who would rather prospect and recruit using other methods, like Attraction Marketing.

2. Three-Way Calling Can Be Too Technical For Some

Most people can barely text, let alone download apps onto their phone. 3-way calling is technical and time-consuming to learn.

Not only do you have to learn it, but you have to force your entire team to learn it if you use 3-way calling to prospect. Not good for technophobes or those without video chat capabilities.

3-way calling is time consuming. At least a half hour is spent on the phone trying to organize two other busy people that barely have enough time in their day to do what’s important to them already.

In today’s chaotic world, we already spend enough time on the phone. We don’t want to organize a 3-way call on top of all that stress. People are busier than ever before so you need to make things quick and easy wherever possible.

3-way calling needs to be timed right. In order to conduct a proper 3-way call you need to make sure your sponsor is around their phone and get the prospect on the phone as well.

Also, you need to tell the prospect, who you don’t know, to wait on hold for a few minutes. Who wants to be put on hold by a stranger to wait and hear a business pitch?

3-way calling is intrusive because the unsuspecting prospect will be faced with hearing from two people they don’t know on the phone.

I don’t know about you, but speaking to one stranger on the phone is intimidating enough. Having two people on the phone hungry for my business is a no go.

The sponsor who is helping the distributor recruit their prospect might not know the dynamics of a 3-way call.

A sponsor needs to “edify” the distributor to the new prospect. If the sponsor does not know how to do this there will be a lot of uncomfortable silence and the distributor will not be edified.

Edification, the act of speaking highly about someone, is the name of the game in 3-way calling. If edification is done wrong you are left with an uninterested prospect and a deflated distributor.

Saying that three-way phone calls with prospects is awkward is a major understatement.

3-way calling is right up there with hotel meetings and door to door selling.

In today’s world of technology and social media, we don’t need to do this. There are millions of people online who want your opportunity without having to call them and tag team them to sign up.

There’s also new apps being launched every day that is further evolving prospecting, like whatsapp and snapchat.

Unlike the sitcom, Three’s Company, 3-Way calling is not company. The more personalities you have together, the more potential clashing can happen.

This is like that app, Blab, where there are four people on a video chat. Talk about awkward, with everyone trying to get their two cents in.

Look at most shows that have more than three guests on at once. Usually someone is beaten into silence because of some other opinionated jerk. No Bueno.

Tag teaming against an unsuspecting prospect usually either turns them off more, or it forces them to sign up because of the pressure.

There’s thousands of people that felt they had to sign up because of the pressure, but then silently quit a month or two later.

This does not build a friendly environment or reputation for MLM.

Your new distributors are going to resist this method if you use it because of the 9 steps listed above.

A network marketing team usually tries to copy what their sponsor does and the harder the techniques are to master the less duplication your business will have.

Do Away With Three-Way MLM Recruiting Phone Calls

Stick with simple systems that are easy enough that a 7 year old can do it and you will get duplication. Emphasize the KISS principle in your MLM business recruiting: Keep It Simple Stupid!

Duplication is what makes network marketing so powerful and profitable, but if there’s no duplication in MLM then you are simply working another job. 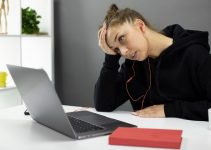