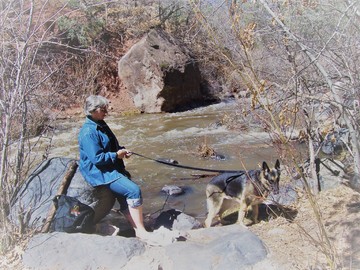 Having been born in Southern California, I grew up primarily in suburbia. Yet I’m no stranger to the wide open road. Every summer my family (Father, Mother, Brother, family dog, and me) would pile into our gigantic Chrysler and head across the country to visit my grandparents on a farm in Wisconsin.

These road trips had a profound influence on my view of life. What I remember most about these expeditions was that while we were out there, we could truly let down our guard and experience life without concern about what someone else might “think” of us.

We would eat when we got hungry, stop when we got tired, and take whatever side trip looked interesting. As my Mother pointed out (on more than one occasion) we would never see any other these people again in life, so there is no need to worry about appearances. Anything could happen, and there was no need to conform to anyone’s expectations but our own.

That’s the thing about a good road trip. There is a sense of liberation that is rarely experienced in any other form of travel. Even one that has been planned in advance, with every mile accounted for.

Things will just happen along the way that can shift your perspective, or even help you get your head together by pulling it apart and putting it back together again.

This is what influenced me to take my first ever solo road trip, shortly after my husband of 28 years died suddenly and tragically at the tender age of 49 of a massive heart attack.

As the “fog” of my grief was beginning to lift, I found myself in a rut of my own making. I desperately needed a change of scenery. There was also the practical matter of my late husband’s ashes.

He would never have wanted me to display them in an urn on the mantle place. I needed to find a place to distribute his cremated remains, preferably out in the wilderness that he had loved so much in life.

I scheduled my trip for early spring. I rented a larger car to accommodate my German Shepherd, let my family and friends know where I planned to sleep each night, packed up, and left town.

My actual departure was several hours beyond my original projection, which in itself was the first step in reprogramming myself.

My late husband had been in the military, and leaving late was next to a mortal sin. This trip was on my own terms, and at my own pace. Phase one, complete.

Strangely enough I never once felt nervous about traveling alone. From the very first mile I felt capable and confident. I have since learned that overconfidence and risk-taking is not uncommon among the recently widowed.

At the time, however, the only slight trepidation I had was about the car, since it was a rental and therefore not completely familiar to me. Then again, “familiar” was one of the things I wanted to leave behind. This was just one of many realizations that I was about to experience.

My first stop was in Phoenix, Arizona, where I visited my Aunt and two of my Cousins. My Aunt was a widow herself, and talking with her about her experiences after my Uncle passed away was foremost in my mind.

What I quickly learned was that widowhood is as unique as the person experiencing it. In her case, she had five children and an active social life to ground her.

She never once considered dating again, and contented herself with charity work and church activities. This would not be my path, yet I was profoundly grateful for the candor with which she discussed her experience.

My next stop was less than two hours north, where I stayed with a friend and her husband. She was a health and wellness professional, who ironically had tried to help my late husband with some of the health issues and bad habits that had culminated in his cardiac event.

Part of this visit was to make certain she understood that I did not hold her responsible (not even a little) for my late husband’s premature demise. Her attempts to help had been sincere, if ultimately unsuccessful, and I bore her no ill will.

On the third night I found myself alone in a hotel room, eating chicken nuggets with my dog. I had allowed myself a brief side trip to the Petrified National Forest.

I had stopped at every vista to take pictures, and even my dog had enough by the fifth or sixth stop. While she normally bolted out of the car whenever given the opportunity, she eventually just stood there, looking at me. I realized in that moment that I was trying too hard to have a good trip, so I throttled back.

The farthest point of my expedition was Albuquerque, New Mexico, where I spent two nights with a good friend who also happened to be my former boss. Funny how those things work out some times.

She was the one who found a secluded spot for us along the Jemez Mountain Trail, near Battleship Rock, where I could conduct my scattering ceremony.

I should note that when it comes to rural woodlands in a less traveled area, there is no law that specifically says “yes, you may” or conversely “no, you may not” scatter cremated remains. After we parked, my dog and I hiked at least 100 yards away from any public walkway or trail, and released the ashes.

Rather than sadness, what I felt was more akin to a sense of liberation and affirmation of my life as a newly single woman.

When we bond in marriage with another human being, we come to view our partner as an inseparable part of us. At this moment I realized my view of marriage had been just a sweet illusion.

What I needed to do now was move on, cherishing his memory and being grateful for all that he did to contribute to my happiness, while at the same time picking up the pieces of what my single life had been before marriage, and continuing on alone.

On my return trip to California, I continued to muse on where my life would take me, now that I was no longer in a bonded relationship.

My fate was entirely up to me to devise, and mercifully I was no longer searching for reasons to explain his untimely death.

Moving forward was the only thing left to do. Beyond the act of physically releasing his remains, I had established my ability to take of myself and make my own decisions. I would thrive, with just a little help from my friends and family. 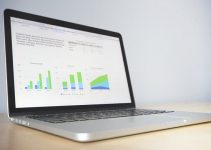 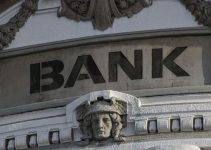