Home
Everything Entrepreneur
Self Awareness: How To Truly Understand Who You Are 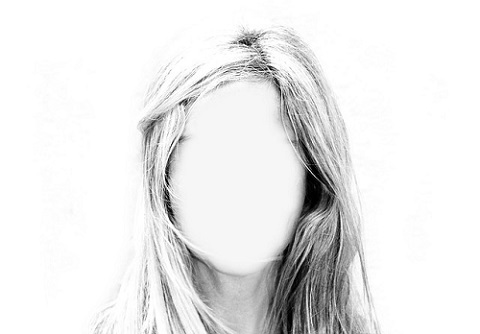 I’ll be the first to admit that I have lived a rather atypical life; by that I mean it’s been weird as all hell. Now that has been both a profound blessing and an unbearable curse, as i’ll explain.

Unlike most folks I tend to spend prolonged times in what some would call seclusion; ranging anywhere from 10 hours a day for stretches lasting up to six months. Sounds crazy right?

The Good, The Bad, The Ugly, and the Transcendent

I would of thought so too if I wasn’t the direct beneficiary of the wide swath of benefits that intensive contemplative practice provides.  You see, the more an individual meditates, and the deeper they venture into their [psyche, certain inedible experiences begin to emerge. Put simply, your ideas of reality, yourself, hell just about everything gets entirely upended. This might sound traumatic and make no mistake it is.

Carl Jung the famous psychoanalyst and student of freud gave his patients a picture. According to him after any leap in growth, an individual’s first involuntarily reaction is to attempt to shirk back into the old husk they just broke out of.

As you can imagine, not only is this futile, but it’s quite unpleasant. You see, for every monumental leap an individual takes a portion of themselves quite literally dies. As you might guess, death is painful, traumatic, unsettling, and fundamentally forces you to redfince all the psychic jigsaw pieces that makes tapestry like puzzle that is you.

The True Journey is Within, Not Without

I know a fair number of travel of junkies, hell I used to be one, always looking for that new experience to add that new notch to my belth. I really thought I was something. I may still be deluded now, but back then, dear god, words can not do justice to my vanity.

The inner journey is one that takes place from where experience arises, from where thought bubbles to the surface.

Forget what you thought was real!

Have you ever woken up from a dream and spent that minute long limbo not sure which reality you are functioning in. Well, imagine that all the time, in perpetuity.

Enough intensive practice (Particularly the type experienced on a 6 month retreat) will give you access to a variety of different subjective states; all of which seem as real as the ones that came before. Surprise! Turns out all reality is relatively real. There is no one object truth-at least not one that can touched on by words.

Get Ready For ah Adventure of a Lifetime

One of the fundamental truths of life is that we all have our poison of choice. It could be heroin, booze, sex, even fantasy football. It’s that temporary high that offers us the briefest moment of genuinely being alright. Of course the second you feel it, it’s already began its transformation into an emotional echo. No one is truly Sober and given the state of the world no sane man could be.

If you’re hankering for adventure travel is probably one of the healthier outlets available. I get it. I’ve spend time in Australia, Southeast Asia, and of course those timeless  middle class cruises’ that often signified the unmistakable bell of summer vacation.

Traveling brings new experiences, challenges us, forces us to engage and encounter new and unexpected situations. The world is vast, and the experience of seeing so much that can be so foreign and awe inducing, is probably one of the better decisions to make in life.

Exploring new environments can expose us to people, situations, and areas we had no idea could even exist. Some places even have the capacity of completely transmitting an almost transcendental state of being onto a person.

I have had this happen to me in a number of different spots, sometimes out on a hike while other times structures imbued with the sacred. I’ll never forget stepping into Chartre Cathedral in France. I’m  naturally a skeptic but there was no questioning what happened there.

The Big Enchilada! ! Enlightenment Is Possible!

I’ll be the first to admit that there is so much mythical bullshit tied to the concept of englihtenment it drives me crazy. The word has been twisted age after age, even leasing some to believe that someone truly awakened has the power to raise the dead, heal the sick, turn water into diet cherry plus, you name it.

Hiding enlightenment and instructing those interested on how to work to attain it is the only way to combat these damaging myths and legends.

The truth is that a fully awakened state means one simple thing; no more identification with ego, and no more suffering. Supernatural powers or siddhis are an option, but in the words of Neem Karoli Baba, Ram Dass teacher; SIddhis are dog shit!

The only Siddhi worth pursuing is the one that will lead you to liberation. Trust me!

Self Awareness: The Double-Edged Sword

Truly understanding who you are and what makes you tick is crucial. Perhaps most puzzling is why  in the heck does it feel so good to be self destructive at times. Try spending sometime in 5 months of silence, meditating a total of 10 hours a day. You will find that your sense of self is a fluid entity constantly changing, always blinking in an out of existence, recreating itself anew moment to moment

The best example of this unique phenomena came during the first month of that extended retreat. I have always been predisposed to panic. If it’s not worrying about my girlfriend, it’s the fear of succumbing to some sort of life threatening illness.

This non stop search for something, anything to worry about was something I’ve carried with me my entire life. It turns out that deep below that sense of cute panic was actually a lot of sexual satisfaction.

Turns out i’m a sadomasochist and I didn’t even know it. Realizing it, by no means cleared up the problem, but it did loosen its death grip upon me. This realization is only a taste of just what you find with persistent self inquiry. It’s astounding how unique individuals are and how incredible there own particular neurotic tendencies take shape.

The Only Tool You’ll Ever Need

By far the greatest benefit if partaking in a long term retreat is the tools you gain in your repertoire. Only the most naive of people operate under the impression that life is fundamentally pleasant or happy.

According to Neuroscientists Rick Hanson we are hardwired to suffer because suffering meant survival for our ancestors. There’s a very good reason why when we stumble onto a stick in the road our first gut reaction is that of snake.

Given the difficulty of life we need effective tools to cope with it. These tools are not something that can be imparted in a weekend retreat where everyone casually sits.

5 months of intensive practice will provide a time tested and proved technique at dealing with the very worst situations life can, and will throw at you. In my opinion, it’s a requisite if you have any hope of being a mature and responsible human being. 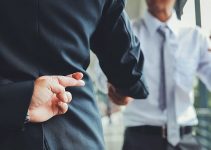 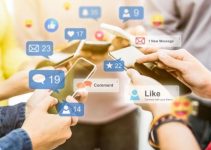 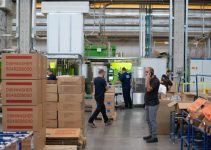