Home
Everything Entrepreneur
Spiritual Warfare: How I Dispelled Demons During My Sister’s Wedding Weekend

I was 19 years old and my immediate family and I flew out to New Jersey for my sister’s much anticipated wedding in hopes of having a great time, while supporting two people that seemed eager to tie knot (Well… at least one of them was).

The family that flew in with me included: My mother, two of my sisters, my brother-in-law (Married to one of the two sisters), three of my nephews (one of which my sister was pregnant with) and of course myself.

We decided that we’d split up and stay in different places, since the groom’s family was also attending the wedding and needed a place to stay for the event. One sister stayed with the bride in her New Jersey apartment, while myself and everyone else stayed at the groom’s mother’s house in Long Island, New York.

The wedding “weekend” spanned over several days and of course we had a day or two to have fun and explore the area before the big event.

But little did we know that…

The day before the wedding would end with a night of sheer terror for me and everyone involved.

The Night That I Came Face To Face With The Underworld

Like any normal night (Except I was sleeping on an air mattress) I expected to go to sleep and wake up like I usually do (This wasn’t the case but I’ll get to that in a minute). My mother and nephew were in the same room I was in and they were sleeping on a bed a few feet from where I was.

Before I continue… If you were unaware that there’s an entire spiritual world around us, I experienced it first hand in plain view for many to see. So keep reading to hear what happened next…

So I’m sleeping… and all of the sudden my entire world has turned pitch black. At this point I thought that I died and went to hell! I felt as if there was no life left in me and I as if something reached down inside of my body and ripped out my soul.

I jolted out of the air mattress and continued yelling at the top of my lungs even though I was awake and aware of everything. My mother and nephew were completely freaked and out I managed to turn the lights on but I was still yelling!

… I eventually stopped yelling and some family from both sides came to see what happened. Well, they assumed it was because I was just too hot (The air conditioning was not turned on) and so I went downstairs to sort of cool down and walk it off.

My Encounter With A Demon

At this point we’re in the living room and my mother is talking to the groom’s sister. All of the sudden I look at her eyes and what I see is something from another world (Literally).

It was a demon!

So from the pit of my stomach (I had no control over my actions by the way) I started yelling and pointing at her saying, “Get out in the name of Jesus”!

I said it over and over again until it fled from her body, and this was only the beginning.

You’re probably wondering what a demon looks like… Well everyone’s experience is different but what I saw was an enlargement of the eyes and a distorted face. It’s hard to explain but it was more of a spiritual feeling. I did not see a black creature (In this instance).

The Second Encounter Of The Night

So the nightmare continued and by this point we were all packing up to go to New Jersey (We weren’t going to stay there of course). Well my pregnant sister was packing her stuff to leave with us… but little did she know; I started to get the same feeling when I looked at her as I did the groom’s sister.

I tried to look away but God would simply not allow the demons inside her to dwell any longer.

So I looked her in the eyes and it felt as if I was going to throw up everything inside me! I                started to yell “Get out in the name of Jesus!” and she ran to hug me out of extreme fear! I thought they were out of her for sure. However, I was very wrong. I walked away into another room (It was tough to stomach, literally) and was quickly redirected (By the Holy Spirit) to where I previously was to confront the demons that were still tormenting my sister’s life.

Since the demons were still in her, I put my hand on her pregnant belly (I didn’t understand why I did this at the time but I learned that demons dwell in the pit of your stomach) and rebuked those demons back to where they came from! I said something like, “Please forgive her for her sins, Jesus!” and they sure enough left her body this time.

We finally left the house and started our car ride back to my sister’s (Bride) apartment in New Jersey and the groom put on some secular music. Well the problem was I could feel the demonic spirits in the music and I immediately said “Turn that off”!

He turned it off which I am thankful for but up until that point I was unaware of the power of music and what it can do to someone’s mind and soul. I was on a roll at this point and we finally made it to my sister’s apartment.

Of course sleep was out of the question and due to the prior events so my sister told me to come lay next to her. The next morning, she told me that she experienced another level of evil dreams the entire night, until I (Unknowingly and in a deep sleep) put my hand on her chest. This caused a peace to come over her body.

That ended the first night of demonic encounters.

Finally… The Wedding Day Has Come

The wedding day has arrived and the wedding was scheduled to take place as planned.

One issue with the decision to go ahead with the wedding (I later found this out) was that my sister (Bride) had asked God days before all of this happened, to show her a sign that would determine whether or not she should proceed with the wedding.

What could be a bigger sign than my spiritual experience? Unfortunately, my sister did not heed to the potential consequences of ignoring the obvious signs. The wedding went on and of course I had to be taken out of the reception by my brother-in-law due to my new spiritual sensitivity. I could see and feel these evil spirits everywhere.

Even with this occurrence, nothing too crazy happened on this night (At least when compared to the prior night) but the feelings I had were just as real.

What I Learned From This Eye-Opening Experience

I can say that I feel very thankful and honored to have experienced what I did during this weekend because until then, I had my doubts about God’s existence and his plan for my life. It’s hard to doubt when you have clearly just lived a moment/s where God was in complete control.

The bride and groom ended up filing for divorce several years ago and while others may think it just didn’t work out, it was apparent that it was never meant to be.

Either way, God had a hand in this particular situation and I’ve learned that he does things at the right time and at the right place, for the right reasons. My relationship with him has never been the same and he has saved me from living a life without him. 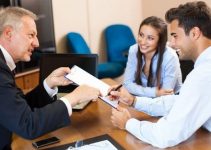 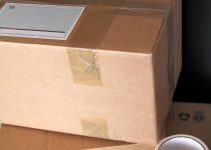 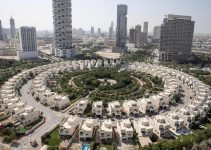