Home
Everything Entrepreneur
Steemit and Steem Review: Get Paid in Cryptocurrency to Blog

Steem is gaining popularity in the cryptocurrency world. Here’s Steemit and Steem Review: Get Paid in Cryptocurrency to Blog.

Steemit is a new blogging platform created by Steem, a cryptocurrency blockchain.

They pay you in Steem cryptocurrency which can then be exchanged for cash currency.

I think this platform has huge potential.

If you look at the top posts on there right now, you can see by this picture that some relatively new articles are bring in over $1,000!

If you haven’t tried it check it out.

I signed up and had to wait a day for them to approve me, but once I got approved, I was posting on there right away.

You also can share your posts on social media and get more traffic to your articles, heck, you could probably inject some paid ads to your articles and make your money back in Steem, which you can then trade for Bitcoin or whatever else.

Another cool thing for people who just don’t have popular blogs that rank well, you can just write 400 word posts on there and the article will usually get indexed by Google and have a lot more ranking power because Steemit’s Alexa rank is 3,000 in the U.S. which means it’s insanely popular. 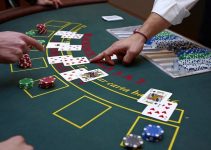