Home
Everything Entrepreneur
The 5 Most Promising Cryptocurrencies to Invest in 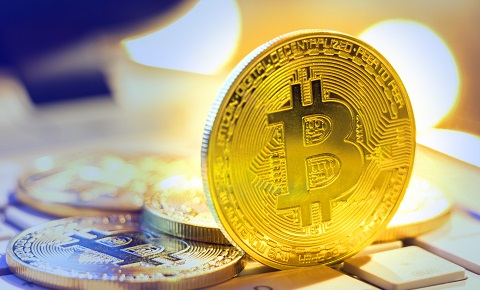 The crypto world continues to churn along, outperforming stock markets to this day. Click here to check out the most promising cryptocurrencies.

Bitcoin is still the most valuable cryptocurrency around. But, there are others that are worthy of investing in as well, especially if you know the bitcoin trading bot algorithm.

Yet, with the growing number of cryptocurrencies, deciding which to choose is sometimes confusing. Keep reading to discover the most promising cryptocurrencies for the upcoming year.

Bitcoin is the oldest and the clear leader in popularity, number of users, and market capitalization. It has an impressive 40% market share in cryptocurrency. BTC pricing affects all other kinds of altcoin and they follow its ups and downs.

Many types of transactions take place in Bitcoin daily. Not only that, the variety of businesses that accept it as a payment method are greater than any other digital currency type. Bitcoin transactions are safe; anonymous and encrypted.

It’s hard to pin down a price for Bitcoin though. It’s known to fluctuate from $80 to $20,000 per BTC within months of each other.

This makes it hard to choose an optimal time to invest and cash out with Bitcoin. The number of coins available is also limited and vary on a daily basis.

That said, because of these great fluctuations, it’s easy to make large profits while trading it. Even 100% profit on investment is possible by keeping a close eye on Bitcoin prices and moving fast when an opportunity strikes. As you can see, investing in Bitcoin is not for the faint of heart.

Bitcoin Cash is the result of a splitting off from Bitcoin due to disagreements between factions. It began in August 2017.

What’s the difference between Bitcoin and Bitcoin Cash? The latter has a scalability advantage.

The community and reputation that follow Ethereum are impressive. The Ethereum platform is ideal for smart contracts and other distributed applications. Because of this, it’s a popular form of cryptocurrency with developers that want to build applications with it.

These apps run on ether, Ethereum’s own cryptographic token. In fact, it’s a major player in ICO launches.

Watch for the Sharding update in the coming year, as well as the Casper Protocol. These new features will increase the scalability of this promising cryptocurrency.

EOS is a promising cryptocurrency that’s also quite new. Designed on the basis of Ethereum, it launched in 2017. Improving on Ethereum, it plans on positioning itself as a major competitor.

The starting coin offering brought in $4 billion. It was one of the most successful initial cryptocurrency coin offerings in history.

Developers use this platform for creating commercial applications that aren’t centralized. Database and account management services are included with EOS. This makes development possible for those with no prior programming abilities.

EOS offers coins and its own type of operating system (EOS.IO) which acts as the central blockchain network for the digital currency. Transaction speed on the EOS network surpasses both Bitcoin and Ethereum.

Again, like Ripple, there’s no mining required to make coins. Instead, the complicated set of rules used to generate blocks and then reward tokens according to production rates makes it more decentralized than others.

Parallel processing, 5% inflation, and consensus-based rules will help increase scalability with EOS. Top that with free blockchain transactions and you have a winner.

Its main use is for international payments with financial institutes. In fact, it’s among the most popular for cross-border transactions.

Besides the five best cryptocurrency types listed above, there are a couple that deserves an honorable mention. They are:

Keep an eye on these digital currencies going forward.

Similar to stock options on the stock market, each digital currency gets ranked in real-time. The data used in calculating rank is the price and circulating supply. The two numbers are then multiplied together and the results are the market cap.

To make it easier to gauge investments there are websites that report the trading activity of cryptocurrency. With this kind of information, you can check the market cap and token value of each cryptocurrency that you’re interested in.

To get started in cryptocurrency investing, you’ll need to use an exchange service as well. Binance is a good one to use to buy:

The Binance cryptocurrency exchange service is the largest in the world. You can use Bitcoin or Ethereum to buy via Binance but you’ll need to use CEX to get them first.

If you live in Europe, use BitPanda for investing in:

You’ll use cash to invest with BitPanda.

Consider taking advantage of portfolio management and trading bots (like this website) to automate your cryptocurrency investing.

Final Thoughts on the Most Promising Cryptocurrencies

Looking at past trends, cryptocurrency isn’t going anywhere. It continues to grow in number and worth.

Bitcoin continues as a leader in the most promising cryptocurrencies, but take a look at the others we talked about as well. In fact, with investments, diversification is best. Digital currency is a solid way to make substantial profits, but never invest what you cannot afford to lose financially at the end of the day.

Know a lot about Bitcoin and want to make money from that knowledge? Check out this Bitcoin cryptocurrency business idea.