Home
Everything Entrepreneur
The Nomadic Disease: How My Addiction Traveled With Me 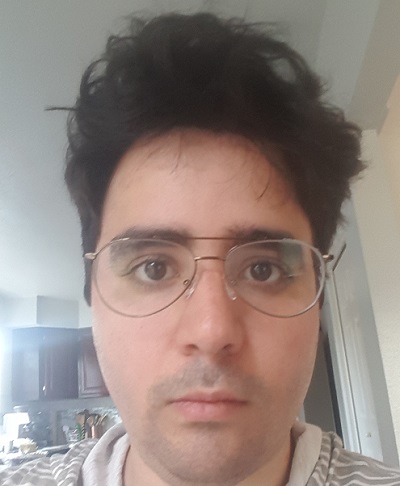 If you’re an addict, a true addict, your entire life revolves around whatever it is you’re addicted to. Whether it be sex, gambling, alcohol, other drugs, or any number of addictive behaviors, your addiction comes before and is paramount to anything else in your life… Even your family and loved ones.

As a result, everything you thought you cared about in your life is lost to your addiction, and you’re left with nothing; no job, no wife, no kids, no girlfriend… Just your addiction. I’m a leading authority on the subject… I was addicted to heroin and other substances for several years.

The nature of addiction

I’m an addict. That’s something I came to terms with years ago. Addiction is a nefarious condition (some, myself included, believe it to be a disease) that stays with the addict for life and permeates every aspect of his or her life. It knows no bounds. It doesn’t discriminate. If you have the disease of addiction, it will devastate everything you hold most dear.

When one of my best friends, Eduardo, whom I had known since my freshman year at University of Houston, overdosed in his sleep laying next to his girlfriend, I thought I had better quit living life the way I had been living it up to that point.

My friend’s death, however, wasn’t enough of a deterrent for me. I continued to take drugs indiscriminately. I realized something was wrong. For the first time in my many years of taking drugs, I realized I might have a problem.

Eduardo died at his girlfriend’s house party as he slept due to a combination of opioids, benzodiazepines, barbiturates, and alcohol. I was sleeping downstairs at the sofa, and the next morning, his girlfriend’s shrieks awoke me. Eduardo had asphyxiated in his sleep.

His lips were blue.

His eyes were open.

They stared at nothing.

Eduardo meant a lot to me. We shared a lot of things in common. I met his mother, a lovely, kind and caring French lady, who did nothing but worry about Eddie and what would become of him.

I remember sitting down with her at Eddie’s house over a cup of coffee, and she confessed to me that she didn’t know what to do about her son’s addiction.

She burst into tears. I was frozen in place, at a loss for words of comfort, because just a few minutes before… Eduardo and I had been using in his room.

I left his house soon after that, and rarely returned from the shame of seeing his mother. When Eduardo died, his body was taken to Portugal, his place of birth. I never spoke to his mother again.

It travels with me:

I moved to Venezuela not long after this incident. I thought changing my surroundings and my circle of friends would make a difference. I tried to escape from my addiction by running to another country… But I couldn’t outrun it. It

caught up with me very quickly. From Venezuela, I went to Spain, a country I’d never lived in before, where I knew nobody, where I didn’t have any “connections” to get drugs. It made no difference.

In a matter of months, I was travelling on foot to the gypsy barrios looking for heroin. I walked down an unpaved road, turning the heads of curious onlookers who knew what I was looking for.

I contrasted sharply with the “chabola” style houses, or small shacks, around me, as well as with the prostitutes and pimps of Las Barranquillas. I didn’t care. I was looking for my fix… I found it, of course, and I destroyed everything I had built in Madrid.

I went back to Venezuela, desperate to find help, and stayed sober for a year and a half. I got cocky. I thought I’d beat the addiction; that I was “cured”. I started to drink. I never expected what happened next.

And that’s the biggest problem, isn’t it? The most common mistake I repeatedly made was to believe I was above the consequences, that death and tragedy couldn’t touch me. I was very, very wrong.

After a period of sticking to alcohol, I discovered it wasn’t enough. I needed more. I needed the sickening euphoria of opiates. I went searching for heroin, and again, found it, but not before I found cocaine.

Now I had both heroin and cocaine. I decided it’d be a fun ride to put them both in a needle and use them intravenously. The last thing I remember is the moment I saw the blood flood the syringe’s barrel and mix with the drugs I’d diluted in water.

Then I pushed the plunger.

It’s truly amazing what the human body can sustain before it completely expires. What is most amazing is that I’m sitting here, writing this. The combination of two opposing drugs; a central nervous system stimulant and a depressant, wreaked havoc on my body.

Each drug amplified the effects of the other, and I had a stroke and a heart attack all at once. I instantly fell into a profound coma.

Laying there, paralyzed for weeks, I realized my efforts to outsmart a disease that was older, more patient, and stronger than I had ever been were all for naught.

I had hit my lowest point.

I’m a true addict, however, and even my brush with death hadn’t scared me enough. I moved to Houston, and while there, I got comfortable and cocky again. The exact same thing occurred again: I started drinking, and then I looked elsewhere for my thrills. Only this time, I discovered methamphetamine.

Methamphetamine is an incredibly destructive drug. I started funneling all my money towards acquiring this substance, so again, I thought it’d be a good idea to move away from my problems and try to escape my addiction.

Only thing is, I went to Iowa, one of the states with the highest concentration of methamphetamine use in the United States. I didn’t stop.

On the contrary, I started abusing methamphetamine more than I’d ever abused any other drug in my life. I decided I’d had enough. I realized I’d been trying to escape from something I had within me and that I took with me everywhere I went.

I realize that it didn’t matter that I’d moved to one of the states with the highest concentration of methamphetamine use in the United States. If I had wanted to stop, I would have.

I’ve still got an addictive personality, and I run the risk of becoming addicted to any other addictive behaviors if I allow myself to slip. I haven’t recovered, because there’s no recovering from the disease of addiction… But I’m somewhere better.

I’m in recovery… And recovery is beautiful. Here, there’s hope.

I now know things about myself that I never knew before. I owe this to my long, strenous and painful journey through life as a drug addict in active addiction.

I’ve written these memoirs for any readers that might be looking for a way out of addiction, but find themselves in the depths of that dark hole we all know so well; feeling absolutely hopeless, desperate, disillusioned and alone, and to assure you that there is a way to recover… But not by changing your geographical location only.

Sure, it can be a tool that you use to get out of that dark pit that you find yourself in, but there are more tools out there that you have to use. Working on yourself is of utmost importance. I reiterate: you cannot outrun the addiction.

But you can learn to live with it. And I’ll tell you: it can be a beautiful life. 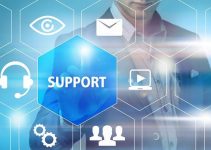 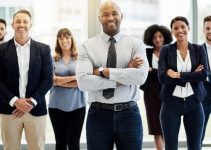