There are a couple of points to consider when being falsely accused with domestic battery. Some of them are more bitter-sweet than the other. Regardless, I’ve discussed them in-depth below. Let’s get to it so you can defend yourself legally.

It May Not be the End of the World

Although being accused of domestic battery is major, you may have nothing to worry about. Courts know that domestic battery charges can ruin a life, so they are well aware that your partner could be falsely accusing you. Your judge would carefully keep an eye out for this.

Also, you may be falsely charged for defending yourself. Any good lawyer would know that using self defense as your defense would prevent you from going to jail.

Moreover, a lack of evidence to prosecute, in general, would result in you not being convicted as well.

There May Be No Jury

In most countries, there are no juries on domestic battery cases. Your case would only be seen by a judge in either the municipal or magistrate court. Depending on how factual or emotional he is, this may be advantageous for you.

Get A Good Attorney

Hire an attorney that knows what he is doing. Not only would your chances of getting convicted be lower, but a good attorney can also negotiate release conditions and help you get out on bail until your hearing.

As you can imagine, though, you might have pay extra when hiring a more experienced lawyer. However, it would be worth it, as you would be in good hands.

There are many ways to get your sentenced reduced. Once again, this depends on the skill of the attorney you get, so it’s important that you look around. A skilled lawyer would be able to make your domestic battery case look more like disorderly conduct or a simple battery.

Your Child Custody Case Will Be Affected

Are you currently fighting for the custody of your child or dealing with a divorce? Being accused of any crime, especially domestic abuse, would put your chances of winning custody at risk. After all, the judge would see you as a risk to your kid.

The judge on your custody case would call for a special hearing to assess your accusations. If there is no clear evidence, you should be in the clear when it’s all said and done.

Considering everything that was discussed, what do you think about this legal scenario? There are many points to consider when falsely being accused of domestic battery. From the list, the most important would be to hire an experienced lawyer. The chances of you being convicted of assault would be much lower. Even if the attorney can’t stop you from getting convicted, he may be able to get you a reduced sentence. 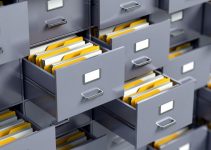 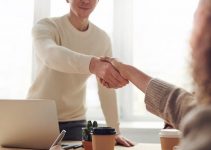