Home
Branding
How To Add Video Content Into Your Business

If you own a business, or you have ever been in charge of one, then you know that you will always be switched on. You will always be looking for ways to make more money and attract more customers or clients. That burning desire and drive stays with you for as long as the pressure of the work is on your shoulders. You could risk standing still, but often when you do that, you fall behind – there will always be competitors looking to get ahead with creative content like videos.

As we progress as a society in terms of technology, we will always find new ways of attracting people to our companies. Whether it is the newest and most convenient piece of equipment, or whether it’s some weird trend or fad that sweeps the entire planet. Social media is the most popular form at this present time; so many people are using their devices to use these platforms that it would be stupid not to get involved with all of the text, image, audio, and video content.

One of the best things to incorporate into your business is video content. Whether it’s to market a product, or whether it’s just to provide information about something, videos are a great way of hooking people, keeping them, and growing in every aspect overall.

Videos are easy for people to get gripped by – watching something requires hardly any effort, and the brain takes in information without the person even realizing. They are also pretty addictive – how often have you watched something online, and then kept clicking onto related videos without realizing where the time has gone? Lots of times, I would imagine.

Imagine, for instance, heading onto a company’s website. It is pretty bland and to the point – nothing special. But then you scroll down and see that there are a few clips explaining what they do and how they can help you. You’ll probably watch them, right? For some reason, our brains are much more excited by this kind of stimulation.

You’re probably thinking it’s a good idea to get this kind of content up and running somehow. It will be a good idea if you have the time, wherewithal, and the money. If you’re interested in this kind of thing and are now wondering about what kind of things you should do, then why don’t you read on as we go through some pretty important points?

Research It And See How It’s Done

There are literally millions of videos around that are related to every single topic ever to exist. There’s a method to this kind of thing. Have a little look at how others conduct themselves and take a few pointers. If you’re going to have another string to your business’s bow, then you’re going to want it to keep it professional and attractive. You can literally create whatever you want – it’s a free world, but you don’t want to risk harming the perception of your brand. Check out the different types of content you can create, see how others do it, and absorb as much as you can from this walk of life.

Plan It All Out

You’ll first need to come up with something, right? What kind of video content are you going to make? Many businesses like to make wacky viral videos as part of a marketing campaign. Some like to make vlogs that take the viewer through the life of the business or the journey from the bottom to top. A popular thing to do is to provide information about your company via a fun and simple-to-follow tutorial – using graphics along the way.

You then need to plan out the actual video. It’ll take some thought because you’ll want to produce good quality and not just some generic and unprepared content. Get a few ideas written down as to how you’re going to approach it and what details are going to be in there. What kind of stuff would you target audience expect to see; what would keep them watching?

Furthermore, how many videos are you planning on making? Is it going to be a one-off that hooks people in, or are you going to make a regular set of videos in order to build a following?

Think About Where It Will Be Shown

The most popular avenue would be video sharing websites like YouTube. These websites are purpose built for video content, so if you’re just trying to create a video that’ll bring in more eyes, then YouTube is a safe bet. But what if you didn’t want to go down that route? Well, you could upload videos onto your own site, as we’ve mentioned before. This would be good if you wanted to introduce people to your website or your company as a whole. A welcome video would score lots of points in terms of first impressions.

We mentioned social media previously, too, and that would also be a smart move if you’re looking to pull in lots of views and interactions. Again, lots of people are glued to their PCs and smartphones these days as they scroll through feeds and timelines, so if you can reach them, then they’ll be interested in watching.

Get Some Good Quality Cameras

If you’re going to make something that people want to see, then you’re going to need some high-quality tech. It’s not the eighties or the nineties anymore – all of the best-produced stuff is in ultra-high definition. We’re so very spoiled at this stage by the technology that’s in front of us, that the majority of us will immediately turn away or click off the screen if we aren’t satisfied with the quality. Make sure you invest in some good stuff.

Use An Experience Film Crew

If you’re looking to create something that really attracts, then you’ll want to look as though you know what you’re doing. If you’ve never been into media studies or the media world, then you’re not really going to understand what it takes. That said, if you have the funds, then hiring a videographer, a producer, and a bunch of other workers in that discipline would be a smart move. The idea is to remain as professional and as perfect as you can – bringing in experts to work with you might do the trick.

If you don’t exactly know how to choreograph, film, and produce a great little piece, then you probably aren’t going to be great at the technical side either. You could give it a go, but you’ll stand a much better chance if you solicit the help from someone that can create amazing content. An experienced and knowledgeable person will, again, be able to provide infinitely better ideas and lots of creativity should you need it.

If you’re just creating a little piece of information or you’re vlogging, then you probably won’t need to worry about bringing in people that are good at reciting lines and confident in front of a camera. But what if you’re starting an advertising campaign and want to make something that’s pretty heavy? You probably won’t be able to handle it yourselves. You might be good at acting, but the chances are that you got to where you are today by focusing on other skills!

Even if it’s just someone to speak into the camera in order to provide a charismatic, bouncy, and friendly introduction, it’ll still be much better if you hire a trained public speaker.

Not everyone is going to be able to hear or comprehend the video(s) that you make – whether it’s due to a slight disability or whether they speak a completely different language. You’ll want to make sure that you can reach lots of different people from all over, and providing things like subtitles would be a great way of doing so. For example, if you create a video that solely in Spanish, then you’re going to want closed captioning for Spanish video content as well as captions for the majority of spoken languages around the world. Your reach shouldn’t just stop at one particular mother tongue.

If you’re making videos for social media, websites, or YouTube, then you’ll want to get people to click on them when they’re not exactly interested in doing so. This is sort of a mischievous little tactic, but it works almost every time. Having attention-grabbing titles and bright, interest-piquing thumbnails will get more clicks than if you have bland stuff.

Something that a lot of companies (and a lot of individuals) do that is such a waste of time is that they continue to churn out video after video. High quantity of videos is good, but if they’re getting absolutely zero views, then you’ve wasted hours of your life – hours that you could spend on something more productive. When you’ve uploaded one or two vids, you should do a little analysis. YouTube allows you to see how well the videos were received – social media, too. If they were pretty quiet in terms of interactions, then you’ll know to work on it. If it was quite a popular video, then you know what kind of thing you need to do. Don’t just upload videos for the sake of it. Have a proper plan for your multimedia so it can continue growing and generating real results! 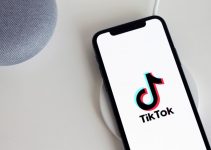 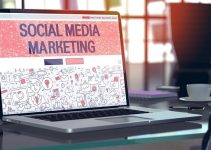 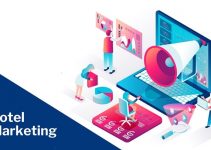