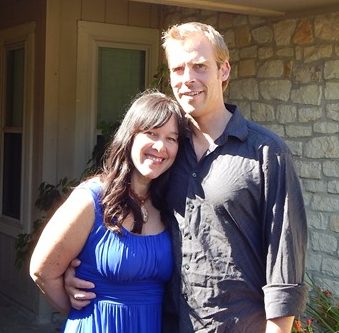 Before most people become successful blogging, they bite the bullet and live in poor conditions. Find out the Top 10 Funny Things We Did going from Poor to Pro Bloggers.

Misha and I decided to go full-time on the internet when we moved to Austin, Texas in 2014. She made it with promoting eBooks, but I didn’t.

I tried many things, like trading Forex and writing smutty books under a different name, but that didn’t fit “my calling.”

Eventually, I discovered network marketing, one of the most competitive, rejection-filled industries in the world and had some success.

I learned that to do anything well and be seen on the internet is to start a blog.

I had created a few blogs before.

One did well, but it was on WordPress.com and was yanked when I linked out from one of my posts to another website.

Apparently, they don’t like that and I lost a blog that had 269 backlinks pointing to it.

I started again with this site, and started to write about my travels in the world of MLM.

Eventually, I got bored writing about MLM, as most MLM bloggers do, but fortunately I discovered my voice and started to write about my other deeper interests, like reducing my anxiety and my new spiritual journey.

My blog got more attention when I started writing from my heart, as it seems a lot of people just write dry articles for SEO.

Misha, my wife, has three blogs and her eBook promotion site has generated $60k in the last two years. I’m proud of her and a little jealous.

But, we are both home full-time now.

As I said in the beginning, she did well and I didn’t. I had to go find work three times, once as a dishwasher for over a year.

I thought it would be fun to wash dishes, like starting over like I was 16 and washing dishes. (I’m normally a line cook or Sous Chef)

Well, dishes lost their “fun” in about three months and I began to get incredible stress and it reduced my self-esteem.

Luckily, the traffic to my blog increased and I monetized it better. My writing also improved as I stepped it up and began posting every day, sometimes two posts a day.

But, it hasn’t been easy, but it’s been worth it! I am now home and working alongside Misha in my pajamas.

For anyone who is struggling with blogging, don’t stop. It’s worth it. Right when you want to quit, it will surprise you.

1. Getting fat on food bank food

Yes, we were so poor we stopped at two different food banks during the week.

Sugar is cheap and the amount of bread and cake these banks had were astounding. I’m not complaining, I love sugar, but my weight and blood pressure skyrocketed.

We couldn’t afford to fix the brakes on our old Honda Accord, and when I got close to a stop light I would need to use the dying brakes in conjunction with the parking brake to slow down and stop.

It was dangerous. You had to time the amount of parking brake perfectly with the regular brakes. I wouldn’t let Misha drive because it was an exact science. On hot days the brakes were even worse.

3. Being called the wrong name on my Blog

When my blog was still small, I wouldn’t get any comments at all, and the people who did comment would address me as a different name. Like “Thanks, John, that was a good read.”

The comments were also very short, like “Thanks.” I had no readership and it was frustrating and very lonely, especially seeing novel-length comments on more popular blogs.

Our car had almost 300,000 miles on it and we could barely maintain it.

We were sitting by our car one day looking depressed because the battery was dead. We had a couple mechanics who came to us regularly.

We had AAA in the driveway this day explaining how much a new battery would cost. Lo and behold, our landlord came out and slipped us $150 bucks. Imagine that!

A landlord giving his tenants money! It was definitely God, or Law of Attraction working for us that day.

Here’s some of my other top posts on Blogging:

We held a garage sale one day. We live in Texas and people love garage sales here. We even posted it on Craigslist.

We had three cars show up. One person paid us $10 bucks. I wrapped it all up within three hours because it was so slow and I was getting burned by the sun.

One of my blogs was hacked. I think it was the hosting provider, because many other blogs through this host had the same thing.

Under my name on my blog was a little green line of text that read “Get Viagra Here.”

I had to pay $200 to get a one year service that helped blogs remove viruses, and we switched to Bluehost. Misha had the same text on her blog for awhile also – Thank iPage.

We lived in an RV and the bathroom was not enclosed. It was out in the open, only a few feet away from our bed.

We had no incense or bathroom spray most of the time and would go to the kitchen and take a metal cooking spatula and turn on the burner to heat up the spatula until it smoked and smelled like BBQ. This was our incense on many occasions.

My blog grew so slowly in the beginning that I was obsessed with checking my Google analytics every ten minutes to see if anyone had visited my blog.

This drove me nuts and made me more mad. If you are in the same scenario, try to channel that frustration into producing more content on your blog! The traffic will come.

Like #8, I had no traffic for so long that it became funny. It was like an evil joke. I blogged for two years before I got over a 100 views from Google’s search engine.

Luckily, I had read an article about another blogger who had the same issue, but after two years her blog finally broke through that 100 mark, and so did mine.

We were so broke, we had to cancel our gym membership where we took showers.

We lived in an RV with no shower, so we had to use the garden hose and hang it over a tree to spray water downwards over our bodies. We never wanted to shower because the water was so cold.

Life of a struggling Entrepreneur.

It all became worth it and as what’s his name says, “The harder the struggle, the sweeter the victory.” 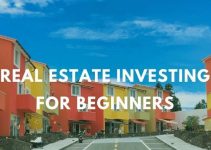 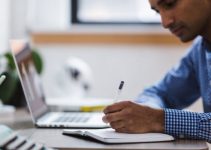