Home
Everything Entrepreneur
3 Ways CBD is Extracted from Hemp 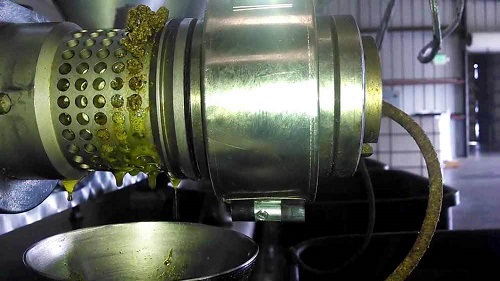 When you hear about CBDs chances are you automatically think about marijuana. You likely then consider THC or tetrahydrocannabinol that is the ingredient that causes the psychoactive high that is the main reason for marijuana use.

However, many people are not ingesting cannabis for its psychoactive effects. They are using it as a health elixir. Plus, they aren’t even getting high in the process depending on which cannabinoids they are consuming. It depends on which cannabis extract they are choosing. For example, the best Delta 10 products can produce euphoria and psychoactive effects on the user along with health benefits, while cannabidiol (CBD) has no euphoric effect.

So, how are they doing that?

They are getting the CBDs from the cannabis plant by using hemp and not marijuana. Hemp actually only had trace amounts of THC and lots of cannabinoids.

The amount of THC is so low, in fact, that many people say if you use it you won’t flunk a drug test. People who do not and will not use marijuana are now using cannabinoids like cannabidiol.

They are using it to help with a whole slew of health problems. Little is known and it is still being tested, but many are seeing results from adding this dietary supplement to their diets.

How Are Cannabinoids Extracted?

When you really delve into the entire process of getting the CBDs, the two main things you will want to know are about the bud and the carrier oil.

When the hemp blossoms, the flowers are rich in CBD. Cannabinoids can be found in the rest of the plant, but the majority are in the bud or the flower.

In order to get the CBDs and process them into a dietary supplement, they must first be extracted from the bud of the hemp plant. But cannabis extraction methods vary greatly depending on the company doing it, the type of plants being processed, and the extracting equipment.

Most varieties of CBD oil use the CO2 process. Some products like Charlotte’s Web, use a liquid solvent like alcohol to extract.

They do this because they say that many of their customers complained that seizures returned after using CBDs extracted using CO2.

Olive oil is another way to extract the CBDs. Many home brewers use this method. It is the purest, but not the best method — especially for manufacturers.

The majority of sellers of CBD oil use the CO2 process. This is one of the best and cleanest way to get the CBDs from the flower and put them in the carrier oil.

Most tinctures use hemp oil as it is the most natural. You can also find CBDs in coconut or other oils rich in Omega fats.

When you consider CO2, think about seltzer water. The same ingredient that makes water bubbly is the same stuff that is used to extract CBDs.

A person extracting CBDs, should have a chemistry background, but CO2 really is as simple as bubbly water. It is considered to be one of the fastest and cleanest ways to extract the CBDs and most reputable manufacturers use this method.

They use a chemistry method and puts CO2s into the bud and then carries them back out using a syringe. This is the most common way that CO2s are taken out of the bud and put into tinctures.

Manufactures of oil that is sold to aid sufferers of epilepsy, mainly use the method of alcohol extraction to get the CBDs out of the plant.

The reason they do this is because customers complained that seizures returned when they used a tincture made with CO2 extraction.

That’s where the placebo effect comes in. There is not a lot known about CBDs and exactly how they benefit the body. The endocannabinoid system, is in itself, not a familiar anatomy term.

Many companies use this as their extraction method. The reason they do is, is that it is the most inexpensive way to extract.

Commonly used solvents are alcohol, ethanol or butane. This way is very financially convenient, but it does have drawbacks.

Not only can this process cause explosions, but many of them leave residues on the final product. The CO2 process is considered very safe and most reputable parties will have their product third part tested for purity.

Called the Rick Simpson method, using grain alcohol to get the CBDs out of the plant is a common method of extraction.

The extractor simply soaks the leaves in oil, then has the alcohol evaporate. You see this used a lot in whisky production that uses distilleries to make grain alcohol. This method can be used in making CBD oil.

This method is safe for consumption, but is not considered the healthiest.

Using oils to extract the CBDs is how many people make their own oil. The most common used oil is olive oil. A brewer can do this in the crock pot and just soak the bud in the oil.

The oil then carries the CBDs in the oil and it is then put into tincture bottles and used medicinally. Most manufactures use a more advanced method for their tinctures.

Many companies sell their oil and brand their product. The main thing a user needs to be wary about is the extraction method and the selling method.

Companies on the market today are selling inferior oil. A user should make an educated decision of who they choose to purchase their product from.

Stay away from brands made in China. Buyers should also invest in American hemp. Yes, they just approved growth of hemp in many states.

Still, consider how fast Americans learn and have always sold the top product. We’ll just say that isn’t the same with China. They have never been known to sell quality product.

That’s where the term carrier oil comes into use. When you are purchasing your first tincture, you should always try to buy a tincture made with hemp oil.

The oil of the hemp contains high amounts of Omega fats and healthy nutrients. The seeds themselves are not very rich in cannabinoids.

That’s why a lot of tinctures use hemp oil. It is very easy to make the oil and is pressed much like olive oil. Eventually, we will see virgin hemp oil marketed in grocery stores.

Right now, because the oil from the hemp seeds do not have a lot of CBDs, the CBDs are extracted from the bud and then put in the oil.

It is often referred to as the Mother Oil of the CBDs. Other oils work as well, but hemp is the most natural oil to be the carrier of CBDs in a tincture.

There is also another DIY method on extracting CBD. For you to do this, you will be needing a rosin press. The process of hemp extraction with rosin press is pretty straightforward: you have your press with your variables being the pressure, heat, and time.”

More On The Cannabinoid Extraction Process

However you get your CBDs, know that ingesting hemp oil will only get you so many. The amount of CBDs in hemp oil is very small.

You will need to purchase CBD oil that has had the CBDs extracted from the bloom of the hemp plant and put into a tincture or pill.

Many cannabinoid companies are selling inferior or synthetic oil that is not properly extracted. It also has residue from the solvents used to extract the CBDs.

You always want to choose your CBD oil sold from a company that values the extraction process and has its product tested by a third party. Quality is key for cannabidiol and other cannabis products! 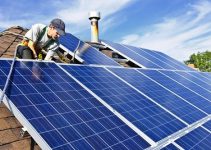