Boy, has it been a crazy ride in network marketing!

Little did I know that my biggest failures and wins would come from this profession.

When I started network marketing in 2014, I knew nothing about it and ignored my sponsor.

I thought I knew it all.

Who did my sponsor think he was calling me at 8PM on a Tuesday night!

Well anyways, I was an introvert, still am, but I had to come up with my own lead generation techniques and try and survive the next two years. . .

They didn’t have a strict algorithm yet and you could follow a ton of people.

Also, the audience on there was pretty open to checking out the links in tweets and everybody retweeted back then.

Now, 1 retweet is worth gold.

Anyways, I discovered that the automated direct message I sent to my new followers was getting more interest from prospects than from my tweets.

Back then, I sent out a direct message using an app called Unfollowers.me, I believe, now they are Statusbrew which is awesome!

I spent about 6 years following and unfollowing people on Twitter to amass a following of over 300,000 real followers.

Most of those people have received a direct message from me which has resulted in over 4,000 leads.

Twitter still works today, but I would automate it by automating your tweets with Buffer, and sending out a message with Statusbrew.

Follow 30 to 500 people a day during the weekdays, preferably in the morning.

This blog is self-hosted, which means it uses the wordpress platform, not the free version called wordpress.com.

I used my name for this blog to establish myself as the “brand” rather than some MLM product that might not be around in a few years.

It’s all about Attraction marketing and creating generic content that get’s people juiced up over the value you provide.

If you provide some awesome useful tip for somebody, they’re more inclined to come back, and possibly join or buy from you.

The best thing that has worked at capturing leads on this blog is the “Hello Bar” at the top, and the P.S. or Btw message at the end of my articles.

Yes, I know, most marketers are using Facebook live streaming video, but that’s not my style.

I don’t want my video buried in a day on Facebook, I want a YouTube video that lasts forever.

Videos are great at collecting leads from people that might not know about your blog or social media presence.

It’s just another channel to acquire awesome prospects from around the world.

What I do is talk about generic network marketing tips that anyone can use.

Yes, I sometimes promote my product, but that’s far and few between.

I talk for about 3 minutes, cover one or two specific points and leave a “call-to-action” which is basically telling your viewer to do something at the end of the video, like click on the link in the video description.

That link can go to your business capture page or to your “about me” page on your blog.

Microsoft is my friend again with their Bing Ads platform.

Unlike Google Adwords who are anti-MLM, Bing is network marketing happy.

They have an easy interface and you can target any country, select a bid, and get leads 24/7.

The only drawback is that this is a paid lead generation strategy, but you can get your bid down to 5 cents a click.

If you learn to write effective sales copy, this could be your cup of tea.

It’s probably a good idea to get 3 to 4 lead generation strategies going in order to generate enough leads for your home business.

If you want to create a successful organization in MLM, you need to consistently generate leads.

You’ll also need to replace the people who quit with new distributors, and getting enough leads will do that.

That’s the name of the game.

I know I quit a lot of things before finding my profession in network marketing. 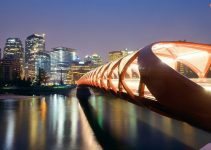