Home
Everything Entrepreneur
Top 5 Attributes to Become a Successful Singer 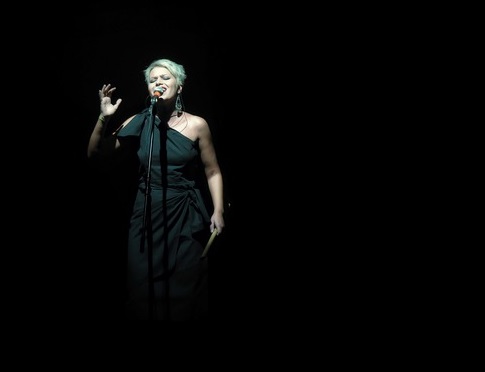 Growing up, I wanted to be a singer. The dream originated as early as I can remember. Every night, I would fall asleep listening to FM radio on a small boombox in my bedroom in the small town where I grew up.

Although I was very young, I loved music and connected to it on a visceral, emotional level. I would stay up as long as I could because I just loved to lay there listening to the hooks of the pop songs.

I’d close my eyes and imagine I was on a stage singing the lyrics that resonated with me so much, under spotlights, connecting with a crowd of people.

When I was old enough, I begged my parents for CD copies of my favorite records and listened to them over and over again, learning the melodies by heart.

Sometimes in the evenings, my dad would play John Prine songs on his Martin Guitar with a beautiful guitar tone, and I would sing along with him for hours. When I was 5, I learned to play pop songs on the electric piano in our living room, singing along to them whenever anyone would listen.

In elementary school, I was in a clique of popular, cool girls. We were always together, had fun sleepovers, and exuded the naïve, youthful self-importance that comes with being considered popular with you’re in grade school.

Being part of the group, however, also came with a constant undercurrent of anxiety. You didn’t want to be singled out for being different or do something uncool. In music class, I had the same visceral connection with music that I did at home.

I loved to focus on singing for one whole class period a day. When I was offered a singing solo in the school recital, I was nervous and excited.

My cool clique friends, however, didn’t feel the same. They couldn’t think of anything dorkier than singing a solo for the school recital, and asked if I was really going to go through with it.

Instead of sticking up for myself and my passion for music, I backed out of the solo. I just couldn’t imagine performing in front of many people for the first time with the anxiety of being made fun of by my friends.

As I got older, similar social pressures kept me from gaining experience in public performance. Although I played piano and sang at home constantly, I dropped out of playing clarinet in the school band in middle school.

Being in the school band was considered extremely uncool. In high school, I thought about joining the choir or performing in the school theater productions, but the social stigma of doing so just seemed insurmountable to me.

Instead, I kept my love of music at the level of private practice at home. As the internet grew and after my family got a home desktop computer, I continued to avidly seek out and consume new music, but I wasn’t making any music myself.

As high school passed, it came time to focus on attending a university and choosing a field of study for my future career. I was naturally drawn to creative fields like music and writing, and whenever I let myself imagine the future in a relaxed way, I saw myself singing in a band or writing books.

When I talked to my parents and other relatives about the future, however, money was the main concern. I was advised to study something practical because college was expensive and my family wanted me to avoid the financial struggles some of them had dealt with in youth.

A creative career was considered a major mistake. “You’ll never make any money writing or playing music,” was something I heard from relatives, teachers, and any other adult who cared to weigh in.

The fear of failure and poverty was too overwhelming for my young mind to choose anything impractical. In the end, I chose to study biology, as science seemed both a practical and creative field.

Though the work has been difficult, I stuck with it, and I am a full time biologist in my 30s. I still obsessively consume new music, play piano and sing in my apartment, and sometimes play small concerts around town with friends in a band.

When I think back about the crucial decision-making periods in my life, I wonder what would have happened if I’d chosen to pursue music as a career instead of science. I believe both fields are competitive and difficult, but I have friends who’ve succeeded as working musicians.

To succeed, I believe you need authentic talent, confidence, persistence, social grace, and luck. To me, talent means a deep, innate connection with the world of music.

Any successful musician needs to practice incessantly and care about what they’re making, but those with talent have an ear for beautiful and novel pieces of music. This type of talent sets people apart in a sea of others making similar art.

Confidence means the bravery to perform original and innovative work in front of strangers, critics, and other artists one respects with the possibility that this audience may not like the work.

Confidence allows people to take the risks that set them apart and make them successful. Persistence means the drive to practice a craft like music day in and day out over a long period of time in order to master the craft, which any successful professional needs to set them apart.

Persistence means sticking to the end goal even when you are tired, discouraged, or distracted by life’s many detours.

Social grace means the ability to be part of and contribute to the larger community of artists making music, making connections within that community, and set oneself apart as worthy of success.

Musicians that genuinely believe in what they are making, support others, and can operate socially to facilitate other people hearing their music are more likely to be successful.

Finally, a successful musician requires a bit of luck. Luck means positioning oneself in a place where they might be discovered by labels or production companies looking for talent, and taking an opportunity when it arises.

Many, many talented people make beautiful art all over the world, but not all of it gets discovered. That part requires luck.

If I could start over, and make my career decisions again, I would have the confidence to look past the negative reactions of high school bullies and the reservations of money-minded adults to my dream of making music. 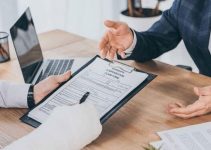