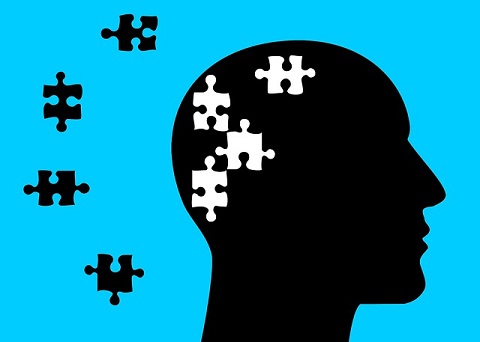 Craniosacral Therapy is a form of manual soft tissue work that has its foundational roots back in the early 1900s.

Dr. William Sutherland, an osteopathic physician, created the infant form of the therapy following his research discovering that the cranium was made up of different movable bones, as opposed to a single stagnant mass.

He called his work Cranial Osteopathy, which was then further researched and expanded upon by Nephi Cotton, a chiropractor, who named his techniques Craniology.  It wasn’t until the 1970s that craniosacral therapy evolved into its current form as a result of the work of Dr. John Upledger, another osteopath, and his colleagues.

Enough history though…what is craniosacral therapy?  It is a method of using very soft touch (pressure equivalent to the weight of a nickel) to stimulate movement of cerebrospinal fluid about the craniosacral system.

The craniosacral system consists of the fluid, connective tissue, and bones that surround the central nervous system.  As the term “craniosacral” suggests, the therapy is mostly involved with the bones of the skull (cranium) and the pelvis (of which the sacrum is a large part).

The light touch is enough to cause a shift in the bones, change the flow of cerebrospinal fluid, and release connective tissue such as the fascia.  Obviously, just freely touching your skin lightly will not have such profound effects.

The craniosacral therapist is trained in the specific type of touch to use, as well as how and when to use it.  The therapist uses your body as a guide, as cerebrospinal fluid is hydraulic in nature and someone trained in the art can feel its movement, or lack thereof.

I’ve even heard craniosacral therapists say that clients will come in for specific issues but they will ask the client not to tell them as they would prefer to approach the body without bias and let it guide them to the root cause of the problem(s).  To prove how effective that method is, here’s a personal anecdote:

The very first time I went for craniosacral therapy was for my lower back.  I was having a lot of pain as I had SI joint problems at the time.  I told the therapist what was going on and he got to work.

At one point in his “scan” of my body, he stopped and asked me what was wrong with my left knee.  Both of my knees had felt fine and I wasn’t having any issues (that I knew of) so I was a little startled by his question.

I told him everything was fine and we went on with the session.  A couple of months later I tore my left PCL in a non-contact injury.  Very rarely are PCL tears non-contact and very rarely does the PCL tear alone.  I should have trusted him.

Now, let’s get into what I see as the top 5 benefits of craniosacral therapy:

Like mentioned earlier, the therapist is able to shift physical structures.  If a subluxation exists (misalignment of bones, usually about a joint), craniosacral therapy can help to get it back into proper alignment.

Same thing if a nerve is pinched, the source can be moved.  Often times pain, especially limb pain, is the result of poor transmission of signals from the brain to the desired area of the body.

As one of the effects of craniosacral therapy is restoring the dura layer surrounding the nerves of the spinal cord to its proper length, the result is better and more efficient transmission of these signals, and thus pain relief in the desired area.  I can certainly attest to this.

Because of the effect craniosacral therapy has on the body’s cerebrospinal fluid, it, in turn, has a profound positive effect on the health and wellness of the brain.

Cerebrospinal fluid is not only formed in the brain, specifically the ventricles, but it serves to keep the brain healthy as well as protect it.

The fluid is what “washes” the brain.  In Alzheimer’s Disease, some of the physiological changes we see in the brain are the buildup of both beta-amyloid plaques and tau-protein fibrillary tangles.

Some diseases, such as hydrocephalus, result from excessive cerebrospinal fluid accumulating in the brain.  Since craniosacral therapy moves the fluid, it can help to drain the excess.  Cerebrospinal fluid is also important for clearing waste from the brain, and that’s another reason why moving it is necessary.

Craniosacral therapy is commonly used to assist people with conditions such as depression, anxiety, ADHD, autism, dyslexia, and more.

For a long time it has been hypothesized that a root cause of psychological disorders is the alignment of the cranial bones.

If this is true, then craniosacral therapy should have a direct impact on these conditions since the practitioner can manipulate the cranial bones into proper alignment.  A study on the effects of craniosacral therapy on anxiety levels in patients with fibromyalgia showed a significant decrease.

Craniosacral therapy can be extremely relaxing.  It’s not just the system of delicate touching, either, that causes this effect.

Craniosacral therapy can essentially reset the autonomic nervous system, taking you out of the fight-or-flight (sympathetic) state and into rest-and-digest (parasympathetic) mode.

Also, from personal experience, I’ve found that during my sessions I fall into an almost “waking dream” state most likely due to the increased movement of cerebrospinal fluid.  This is something I’ve found to be interesting, kind of fun, and very relaxing.

Whether it be athletic performance or better movement patterns in day-to-day life, craniosacral therapy can certainly help.

Every move we make is a function of our nervous system.  Craniosacral therapy has direct implications on this system, allowing for faster transmission of information from our brain to our muscles.

Like mentioned earlier, one of the effects of the therapy is lengthening the dural tubing surrounding the spinal cord.

As a result, we can move quicker and more efficiently  because our brain can tell the desired parts of our body what to do much quicker.  I love working out after a craniosacral session.  I find my lifts to be much quicker, easier, and smoother afterwards.

I truly believe craniosacral therapy is something that everyone should try at lease once.  Even if you don’t believe you have anything that needs fixing or improving, it is truly an awesome experience anyway.  And who knows, the practitioner might be able to find something going on with your body that you didn’t know prior. 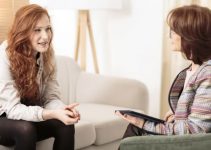