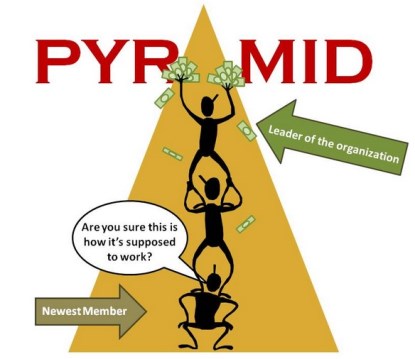 Top 5 Reasons Not to Join a Bitcoin Pyramid Scheme

One – There’s No Actual Product

There’s a lot of “doubler” Bitcoin pyramids that promise to “double” your money in a set period of time.

The problem is, if Bitcoin goes down in market value, it throws off the profits of the entire pyramid. This could spread panic and many people will quit, which will result in the pyramid crumbling until no one gets paid and the owners leave for the Seychelles.

The website of the pyramid is never registered in the United States. This is your first red flag. Since the U.S. has strict rules and regulations concerning how online businesses operate, you’ll rarely see a U.S. owner. If you do, it’s a relatively new website that has flown under the radar so far.

There’s also no transparency and there’s usually typos on the company’s website and is of poor quality all around.

In the beginning of a new pyramid, there’s a lot of interest. Everyone who wants to make a lot of money without doing anything wants to join.

Then, there’s the stories from the top leaders making millions of dollars.

This gets everyone excited and spurs on more people joining, which fuels the pyramid.

This momentum cannot last forever, however, as the top leaders secretly exit the pyramid, leaving everyone else without money.

Pyramids don’t last long and unlike legit network marketing companies, you can’t leave your business to your grandchildren.

*A pyramid doesn’t have an annual company convention where you can meet your excited team members and share photos of your children.

*A pyramid most likely doesn’t pay you through your bank or paypal, but some digital currency exchange like Payza or other third party site operating out of Russia.

*A pyramid doesn’t have training for you, because the entire business is about recruiting more victims to feed the pyramid.

*A pyramid is cold hearted and doesn’t care about you or your family.

Five – FBI and SEC investigate You

If you were one of the lucky ones at the top of the pyramid and received some serious money, you will probably be interrogated by the FBI and SEC when they shut down the pyramid.

Here’s some pyramids that were finally busted:

Here’s a photo to show you the difference between a legit MLM and a Pyramid: 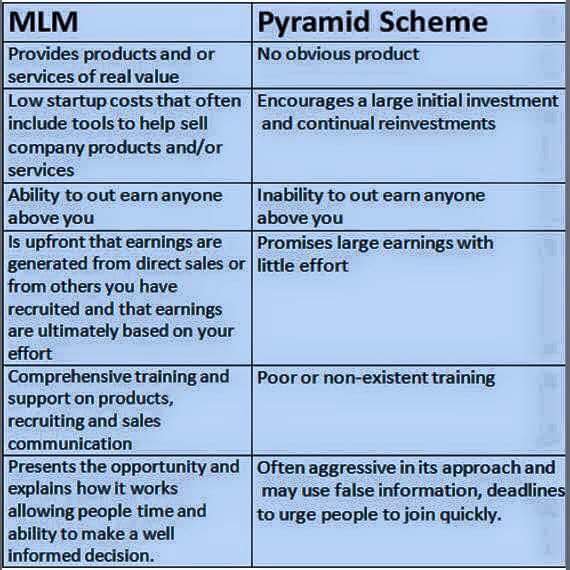 Top 5 Reasons Not to Join a Bitcoin Pyramid Scheme

Bitcoin pyramids are the latest scam.

They all claim that Bitcoin is going through the roof and you can make millions from investing in the pyramid.

Why not just invest in Bitcoin at a real exchange then?

How does a pyramid make such bold claims about ROI off of Bitcoin, when even Bitcoin can’t provide such ROI?

The Pyramid takes the money from new members and pays the older members.

Stay away from Bitcoin Pyramids. 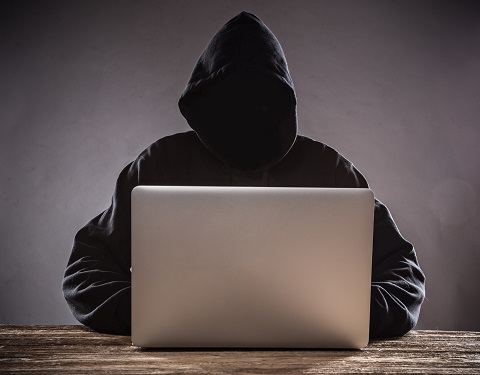