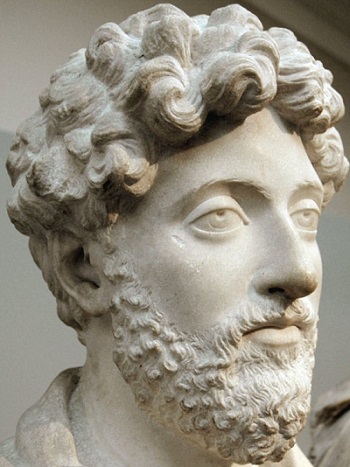 What exactly is Stoicism and what Stoic Virtues can you adopt into your daily life to make you feel, more alive?

In recent years, Stoicism has emerged, as the “new,” ultimate self-improvement philosophy.  Nothing, however, about Stoicism is new.  You may have heard the term loosely thrown around the in the locker room at the gym, or maybe you heard Keanu Reeves idle on how stoicism has been his beacon through the chaos associated with life in the spotlight?

Perhaps you overheard the tenets of Stoicism discussed on the sidelines after a Seattle Seahawks victory (after all, Pete Carroll, is a well-known, legendarily positive proponent of the school of thought – his coaching tactics are based on discovering the inner grit of himself and his players.)

Stoicism, founded by the Greek scholar Zeno, is a philosophy for life which aims to help calm the mind, tap into courage and look at things in their purest, organic form.

Its most prolific adherents were Roman Emperor Marcus Aurelius, Seneca (a Roman Statesman)  and Epictetus (an ancient Greek Philosopher.)

When discussed in modern times, Stoicism takes the ideologies of its early practitioners and marries them to widely practiced mindfulness techniques to decrease and eventually eliminate all negative emotions (such as anxiety, fear, anger, and dissatisfaction) by replacing them with thoughts of joy.

Stoicism is meant to be grounding.  Instead of spending our entire lives chasing happiness and fulfillment, Stoicism aims to help its followers find the pleasure and satisfaction already in front of them.  The practice of Stoicism seeks to teach a man to learn to want the things he already has, instead of continually seeking more things.

Marcus Aurelius, Meditations, is to Stoicism, what The Big Book is, to Alcoholics Anonymous.  “Meditations,” is a 12-part collection of notes meant to be a guide for self-improvement, which Aurelius penned during the last years of his life.

He wrote it as means of practicing and reinforcing his philosophical convictions.  He aimed to address the most profound questions – things we all think about but rarely speak about, in hopes of allowing those who followed after him to live more robust, fulfilling lives – free of fears and inadequacies.

We devised a list of the Top 5 Stoic Virtues You Can Adopt Today to Start Feeling More Alive.  By following this list, you will be better equipped to answer some of life’s daunting questions, such as:

“Forget everything else. Keep hold of this alone and remember it: Each one of us lives only now, this brief instant. The rest has been lived already, or is impossible to see.”

Stay in the now.  This is the cornerstone of Stoic philosophy.  It is human nature to worry about the future or dwell in the past – however, by doing both, we allow this moment to get away from us, invariably creating additional future worry and regret.  By making the conscious decision to live in the moment, we are fully present in our choices and our thoughts.  We generate less future stress or past regret.  It is fundamentally, that simple.

Virtue 2: Everything, is About Perspective

What may appear to be mental trickery or slight of hand is nothing more than switched perspective.  If we do put power into the hands of those who judge us, then their judgments hold, no value.

If we don’t allow ourselves to feel pained by others, there is no pain.  In Meditations, Marcus Aurelius reminds us that it isn’t external events that cause us difficulty and strife, but the interpretation we choose to place on them. It is indeed, all about flipping your perspective.

Virtue 3: You Cannot Control the Inevitable

“Fate leads the willing, and drags along the reluctant.”

– Seneca, Letters from a Stoic

Certain things in life, such as death, are simply facts of life.  They cannot be avoided or prevented. This saying is an act of acceptance.

Think of it as trying to capture and hold down the wind – no matter how hard you try or what tools you employ – containing and holding onto something which naturally occurs in the atmosphere and by design, cannot be contained – is simply not possible.  By resisting the natural temptation to fight things which cannot be controlled – we practice, “Amor Fati,” or, “to love our fate.”

“Think of yourself as dead.  You have lived your life.  Now, take what is left and live it properly.  What doesn’t transmit life, creates darkness.”
– Marcus Aurelius, Meditations

Fine, this sounds morbid, but it isn’t.  In fact, it as hopeful as hopeful can be.  Instead of being consumed by what may have happened or what could have been done differently – live life as there is nothing left to fear and nothing more to regret.

This is, a chance for rebirth, a means for retooling your thinking.  Let go of whatever is holding you back – to live every moment to its fullest.  Act as if each forthcoming moment is a gift which you never expected to receive and like the next moment is not a guarantee.

Virtue 5: Practice, Do Not Preach

Don’t walk the walk, talk the talk.  Stoicism wouldn’t be an honest practice if it didn’t acknowledge the fact that, talk is cheap.

Talking about doing each of these things is virtually worthless – if you are not practicing them.  We live in a time, where human beings are starving for affirmation.

We like to talk a big game – our bark is often bigger than our bite.  Choose to be something, instead of talking about how marvelous being that something is.

Stoicism encourages us to bring others up, by bringing ourselves up.  By remaining focused and staying on top of the things both in and out of our control – YOU are in charge of your joy and prosperity.

If you encounter frustrations, take a deep breath and a step back, stay ahead of your emotions and allow them to pass.

More often than not, you’ll realize many of the things you are inclined to react to, ultimately happen regardless of whether or not you react.  Why waste resources on the inevitable?

We rarely find enough hours in a day to do the things we want to do. Once you decide you are no longer willing to use precious resources towards empty causes, your life feels immediately weightless.

Lastly, appreciate all you have, and measure yourself and your life, on that – instead of all which is lacking. 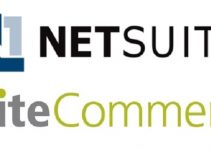 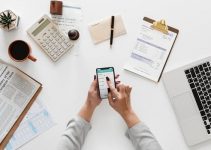